[Warning: The below contains MAJOR spoilers for Season 4, Episode 9 of Fargo, “East/West.”]

“East/West” features a black-and-white color scheme, offering a more focused and other-worldly tone to their peculiar tale as the bonded duo, both outcasts from their families, find themselves boarding at a remote house divided by opposing sisters and an eclectic mix of guests.

Rabbi’s hopes of securing cash to aid in their journey had earlier gone awry, and the last time we saw the Irish guardian he was swept into a tornado along with one of Josto Fadda’s (Jason Schwartzman) main henchman. Now seemingly on his own, Satchel hits the road with a canine companion by his side.

We catch up with the very poised Jones (who has an impressive resume for a pre-teen, with shows including Lovecraft Country and Candyman to his name) to discuss Satchel’s next moves, what it’s like working with Rock and Whishaw, and how he carries this pivotal episode at the tender age of 11 years old.

What was it like growing the relationship between your character and Ben Whishaw’s?

Rodney L. Jones III: It was fun working with Ben. He’s a great actor, and on set we spent a lot of time working together. At lunch and during downtime we had long conversations about things like words [and their] pronunciations since he has a British accent, and I have an American accent. He’s a great person.

Satchel was traded against his will by his father Loy Cannon to live with the Faddas. Do you think he’s angry with Loy?

Yeah. Satchel, is kind of angry at his dad. He’s upset that he made him do this, and he’s upset that he put them in this situation, but at the same time he has accepted that this has happened, that his dad did this, and that he can’t really change what happened. He can’t change the past. He can’t change the situation, so he’s accepted that the best he can to deal with it. And he’s doing the best he can to stay alive.

You haven’t had as much screen-time with Chris Rock, but what’s it like working with him? Did he offer you any good tips?

Chris is a really nice guy. He’s an awesome actor. I enjoyed watching and learning from him while we were on set. He’s a big risk taker, so I took notes with that. I also enjoyed beating the crap out of him in our first scene in the car [Laughs]. And when we got close to wrapping the season he congratulated me on being a part of such an important show, and he told me to get ready to be a big star. 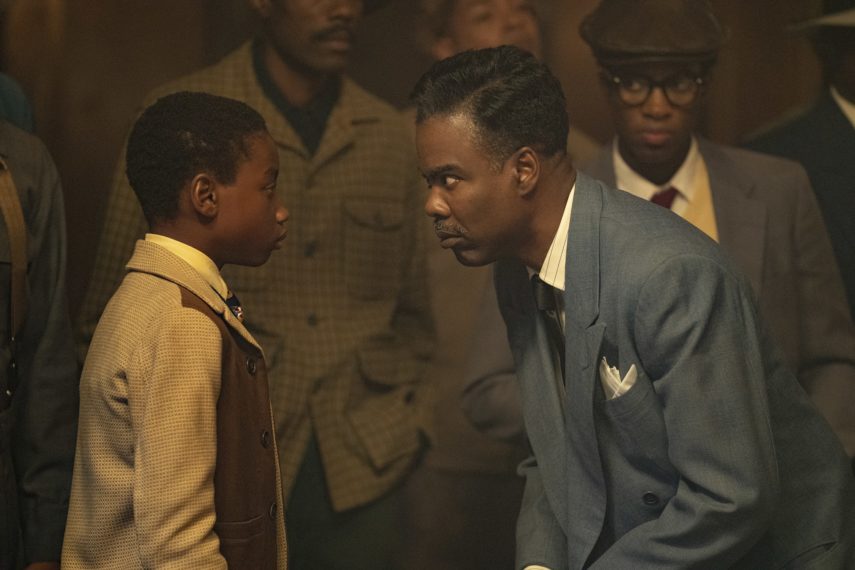 Did it feel like a lot of pressure to have so much screen time, or were you excited to have a full episode focused on Satchel’s journey with Rabbi?

I was very excited I’d get my own episode, and the whole process was really fun. Pressure? Not for the most part. Before we started filming, I was a bit in my head, but I went with it, and it was great.

Did you shoot this on location?

We worked out of existing locations. It was pretty fun. We drove all the way out to Pontiac and Towanda, Illinois, where we did the scene in the house [Towanda’s Duncan Manor]. It was fun, because the house was pretty big. It was creepy, and when we were driving out to it, we could see in the distance and it was very eerie. It was pretty interesting, and either Pontiac or Towanda  had the Route 66 road. It was pretty cool, and it had a lot of Route 66 merchandise and museums, so it was just fun being out there.

Rabbi repeatedly tells Satchel if he doesn’t come back to him it’s because he’s either dead or captured. Can we presume that Rabbi is dead after that tornado?

Satchel definitely doesn’t know, but he does know what you said. Rabbi says, “If I don’t come back I’m either dead or in jail,” so that’s what Satchel [believes]. It’s not like Rabbi would just leave him there. Rabbi was really committed to his care.

What’s next for Satchel? 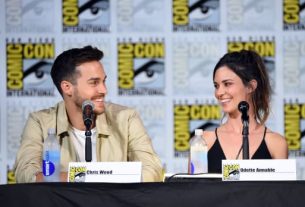