As the colder months roll in, most of us are swapping our summery attire for thick coats and scarves.

But for Fashion Nova, winter doesn’t have to mean wrapping up warm.

The online retailer, which is famous for its skimpy clothing, has released some very interesting clothing this season.

Instead of banishing bikinis, they’ve decided to make them out of fluffier material.

This move has divided customers, who aren’t sure what to make of the snuggly swimwear.

So what do you think of it?

The tracksuit set consists of a pair of furry bottoms and a zip-up jacket.

While this is perfectly ordinary attire for cosy nights in, the top portion of the outfit is rather unusual.

Instead of keeping her chest warm with a T-shirt, the model has been styled with a fluffy bikini top.

WHAT THE FLUFF? This furry Fashion Nova bikini has been styled with a tracksuit (Pic: FASHIONNOVA)

The store unveiled the look on Instagram, where they shared snaps of model Janet Guzman.

In the images, the bombshell was styled with smokey eye-makeup and a casual pair of trainers.

A Fashion Nova employee captioned the image: “When you’re warm and HOT at the same time.”

In a matter of hours, 55,000 people have liked the promotional pictures.

Hundreds also took time to leave a comment, with some claiming to be fans of the look.

One responder wrote: “That’s so cute. I’m on the website right now and tempted to buy so much.”

Another said: “Absolutely love this.”

While some left positive comments, others admitted that the three-piece set had left them baffled.

On Instagram user cringed: “This is the weirdest thing I’ve ever seen.”

A second asked: “WTF is this and why does anyone like it?”

A third joked: “Anyone think this looks similar to a dry mop pad?” 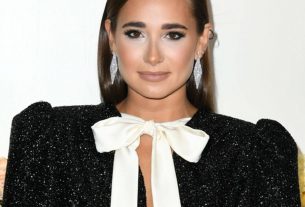 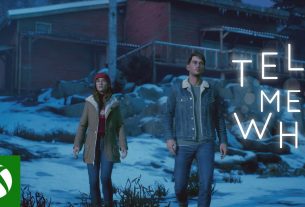