Fern was interviewed by Holly Willoughby and Phillip Shcofield on the show earlier this month.

But the TOWIE beauty returns to her job as a roving reporter after her ex boyfriend Arthur Collins was charged in connection with an acid attack that took place in a London night club.

Her first appearance saw her break down in tears and be comforted by Holly as she opened about her pregnancy.

SHE’S BACK: Fern McCann will be back on This Morning today

Today Ferne will be talking to charity workers from Julia’s House, which focuses on children’s hospices.

When she returned she could be seen looking glam in a floral coat.

She was sat on the floor chatting to children who attend the hospice.

EMOTIONAL: Fern broke down in tears when she was on This Morning earlier this month

GLAM: Ferne looked happy to be back

“We’re having lots of fun aren’t we boys?” she said.

Ferne then took the camera around the hospice and showed off its facilities.

The Essex girl appeared to be calm and comfortable back on camera.

COMEBACK: Ferne was playing with the children

“Nice to see Ferne back on This Morning,” another posted. 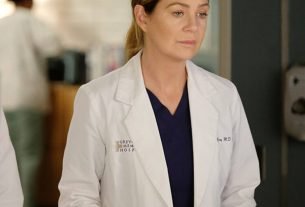 ABC Reveals 2020-2021 TV Schedule With The Bachelorette, a Conners Move and More