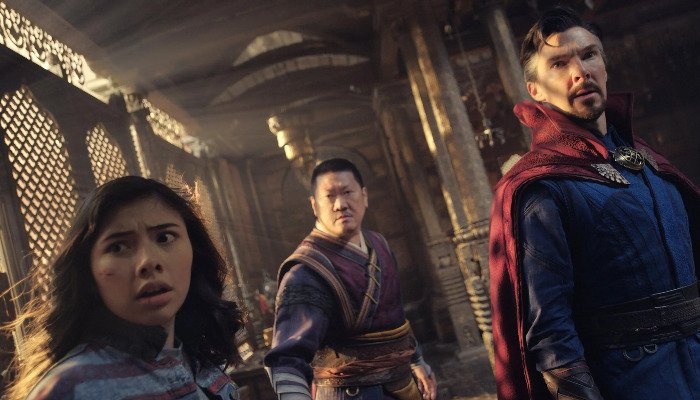 Doctor Strange in the Multiverse of Madness Review

Sam Raimi is one of the most consistently proficient filmmakers working today. With at least two masterpieces on his very distinguished resume (A Simple Plan, Spider-Man 2), Raimi knows how to command the audience’s attention whether he’s directing a competent dramatic thriller or a superhero film. When one of the best actors working today, Benedict Cumberbatch, is guided through a complex, chaotic whirlwind of a plot by Raimi’s direction, it’s a sure-fire recipe for success. Although the marvelously entertaining new picture, Doctor Strange in the Multiverse of Madness doesn’t ever come up for air during the course of its two hour-plus running time, it doesn’t need to in order to successfully fulfill its promise as one of the best of the early summer blockbusters of 2022.

Cumberbatch once again portrays Dr. Stephen Strange (AKA Defender Strange) who is being dragged through adventures alongside the teenage girl America Chavez (Xochitl Gomez) as the film opens with a visual effects saturated sequence guaranteed to keep you on the edge of your seat. Soon, Dr. Strange is at the wedding of the great love of his life, Dr. Christine Palmer (Rachel McAdams) when a one-eyed octopus strikes right there in New York City making for a fun battle through the streets. Appropriately, Wong (Benedict Wong of Nine Days) shows up to help our heroes out.

This film really takes off with the character of Wanda Maximoff (Elizabeth Olsen of “WandaVision”) whose alternate identity is, of course, the Scarlet Witch. This character is the most compelling in the film and Olsen chews scenery left and right as she is torn between universes through the love for her two children and her goals of defeating Dr. Strange in order to fulfill her own wicked schemes.

The always reliable Chiwetel Ejiofor is cast in the film as Baron Mordo whose presence complicates an already complex story line. The most fun of the subplots the film offers is a midsection that includes the presence of Charles Xavier (Patrick Stewart) but saying anymore would take away from the surprises of the twisty plot which the movie proudly wears on its sleeve.

When McAdams and Cumberbatch re-evaluate their current situation in the movie (romantic and otherwise), there is terrific chemistry between these two stars which makes these scenes incredibly fun to watch. It is through the dramatic tension created between Cumberbatch’s Strange and Olsen’s Scarlet Witch that Raimi steers this movie towards the tremendous success it ultimately becomes, however. Olsen revels in playing her character to the point that we could really understand her desires and goals whether they’re good or bad. Sometimes, we feel sorry for the Scarlet Witch but know we’re always meant to root for Strange so the picture goes back and forth explaining the motivations of the characters and these driving forces of the principal players is always captivating to watch.

Raimi doesn’t miss a trick. He even gets none other than Bruce Campbell to steal the show early on as a street vendor. Of course, Raimi knows he has The Evil Dead fans who will be thrilled to see Campbell playing a uniquely hilarious part in the new movie.

Olsen is the film’s most valuable player and she runs away with this film every time she appears on screen with Cumberbatch always close behind her in hot pursuit of getting the movie back from her when she steals it from underneath him. The Scarlet Witch has more humanity than a typical villain possesses and is, without a doubt, captured to perfection by Olsen who is one of our most underrated actresses.

Cumberbatch and Xochitl Gomez are amazingly well matched and literally run around in scenes in the picture without ever becoming tired or boring as their respective characters. Whatever portal they end up going through, they always end up in a multiverse which is fascinating to behold thanks to Raimi’s direction which moves the film along at a fast clip. There is a sequence where Scarlet Witch chases them through a tunnel of sorts that has to be seen to be believed and is truly among the best scenes Raimi has ever filmed.

Let’s not forget Benedict Wong who has never been better or more heroic than in his work in this movie. Strange even gets a third eye in the movie to make audiences question which way the next chapter in the movie series will take him. There is a mid-credits sequence and an after credits scene so stay put as the credits roll.

Raimi has added another notable effort to his growing list of fine movies. Doctor Strange in the Multiverse of Madness takes much inspiration from his best superhero movie, Spider-Man 2 (the opening octopus scene in particular feels quite inspired), yet is completely unique at the same time. Olsen and Cumberbatch are an “opposite sides” dream team with Xochitl Gomez a terrific third wheel. McAdams is always charming and her work in this film is no exception. Watch for the early scene at the wedding where she tells Strange something about their relationship in which Strange offers a hilarious clap back.

You’ll be completely immersed in the action as Strange bounces all around the multiverse. Whether he’s living or dead in the universe he ends up in, there is great fun to be had wherever he winds up. These actors in the movie are all at the top of their game. Cumberbatch and Olsen move this film along at the speed of lightning with Olsen always trying to cut a step ahead of Cumberbatch and, mostly, succeeding. Considering that I think Benedict Cumberbatch deserved the Best Actor Oscar for The Power of the Dog, it’s no small feat for Olsen to steal the spotlight from him. Olsen is an actress to keep an eye on. Strange would be keeping three eyes on her, perhaps, but for everybody else, focus both eyes on this actress. She’s a treasure in a film directed by one of the best movie-makers Hollywood has to offer. Raimi did not disappoint with this terrifically entertaining picture.

Leave your thoughts on this Doctor Strange in the Multiverse of Madness review and the film below in the comments section. Readers seeking to support this type of content can visit our Patreon Page and become one of FilmBook’s patrons. Readers seeking more film reviews can visit our Movie Review Page, our Movie Review Twitter Page, and our Movie Review Facebook Page. Want up-to-the-minute notifications? FilmBook staff members publish articles by Email, Twitter, Facebook, Instagram, Tumblr, Pinterest, and Flipboard. 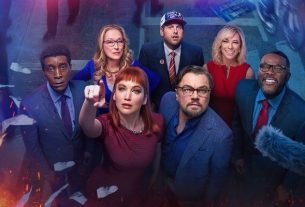 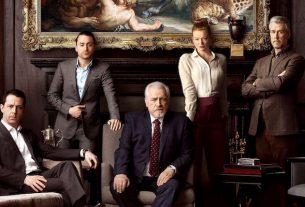 SUCCESSION: Season 3 Teaser Trailer: Brian Cox asks the question “Are you part of this family or not?” [HBO] 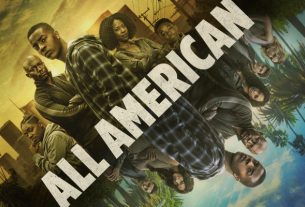