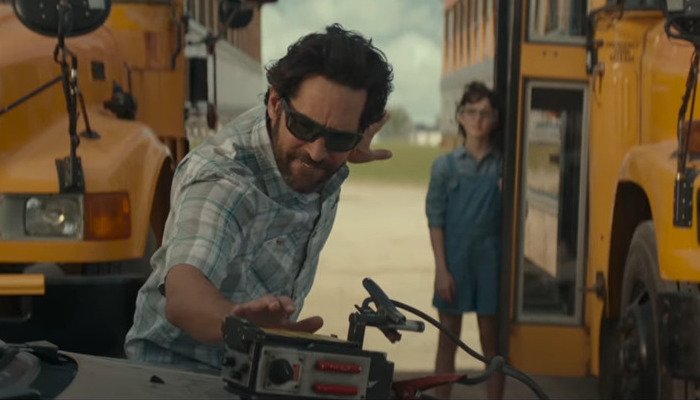 Director Jason Reitman (Juno) brings the Ghostbusters franchise back to life with Ghostbusters: Afterlife even though I was one of the people who thought the 2016 female version of Ghostbusters was just fine. Let’s pretend it never happened, though, to thoroughly enjoy the new reboot which is very entertaining to watch even if there’s not a lot of substance here.

Paul Rudd (The Object of My Affection), currently voted by People magazine the sexiest man alive, stars here as a teacher named Mr. Grooberson who shows his class R-rated horror movies such as Cujo and Child’s Play but is actually pretty intelligent. He is conveniently single to date the new woman in town, Callie (Carrie Coon). As the film’s main premise begins, Callie’s 12-year old daughter, Phoebe (Mckenna Grace), finds she has a lot in common with Mr. Grooberson and in Phoebe, Mr. Grooberson finds the rare student up to his level of intelligence. When Phoebe and her brother Trevor (Finn Wolfhard) discover their grandfather’s portable ghost motel, they conveniently end up unleashing the ghost inside of it thus propelling the plot where a new generation of Ghostbusters will have to save the small town the film is set in from ghosts.

There are fun scenarios throughout the film. Since his mom is broke, Trevor has to get a job at a local hamburger fast food restaurant where he counts burgers for a female supervisor there named Lucky (Celeste O’Connor) while trying to see if he can get her to date him. Meanwhile, Phoebe takes an interest in a young boy called Podcast (Logan Kim) and the two get involved in more than they bargained for when they end up chasing ghosts around town. I like the corny jokes Phoebe tells throughout the film especially towards the end when she tries to tell a female ghost jokes to make it stand down. Phoebe is a likable character. Trevor is relatable. Podcast is unique.

Bokeem Woodbine terrifically plays Sheriff Domingo who asks the kids who they’re gonna call when they end up in jail for trying to bust ghosts. Carrie Coon’s Callie comes to jail to get her kids out and criticizes them for what they’ve done but they’re simply trying to save the town from a full blown ghost invasion. That’s the reason they’re driving around town in the old Ghostbusters’ car.

Paul Rudd gets some of the best scenes especially when he walks through a Walmart and finds tiny Stay Puft marshmallow men burning themselves on fire and wrecking havoc. Rudd also shares some nice moments with Coon as they go out on a date together but how can dating really work against the backdrop of ghosts running and flying throughout the town? There’s vicious dog ghosts around as well which may be why Rudd’s character plays Cujo. It’s a foreshadowing device but the ghost dogs aren’t, thankfully, as scary as Cujo the dog was.

You see, Phoebe and Trevor’s now deceased grandfather was a former Ghostbuster (Harold Ramis) and they do what they do in the film in the memory of their grandfather and to maintain his good reputation. It’s a sweet-natured film and it keeps the viewer watching even when it gets too silly for its own good. I felt the conclusion which borrows heavily from the original Ghostbusters could have been more well thought out.

Jason Reitman is a capable director but this film obviously doesn’t live up to the standards he has set in his more Oscar-worthy movies such as Juno. However, that’s not much of a problem here since the target audience will get what it wants from the new film which is a fair share of ghostbusting and relatable characters.

Mckenna Grace is a revelation. She is super fun to watch as the nerdy Phoebe who looks a bit too much like she could be Harold Ramis’ real daughter. It’s actually an uncanny resemblance which is very funny to watch. She’s the most likable character here and the most valuable player in the entire movie.

There are plenty of surprises throughout the end credits so stay put as the credits roll although Cujo is credited as a Paramount movie during the ending credits and I believe it was from Warner Bros. But, who else is going to nitpick movie credits but me? There’s also a nice new song from Mckenna Grace during the closing credits as well. Let’s not mention the cameos.

While Ghostbusters: Afterlife may convert new, younger fans to the franchise, it’s not up to the level of the 1984 original comedy but it doesn’t have to be. Just sit back and relax and have a good time. 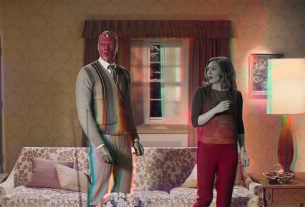 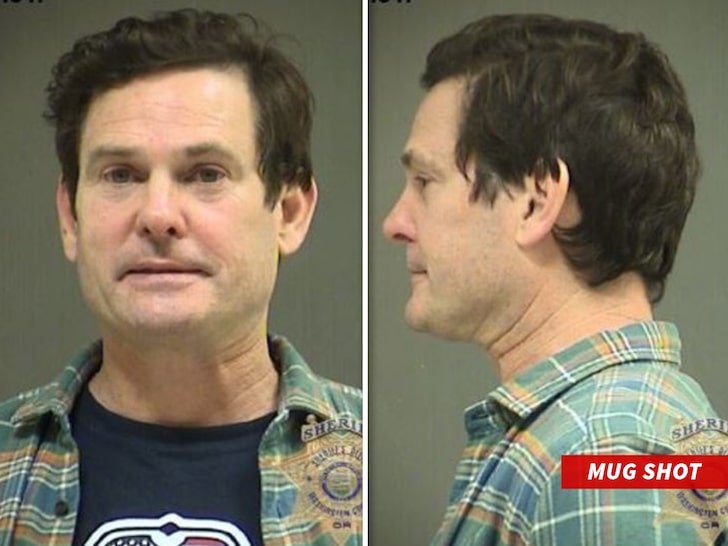 Elliott from ‘E.T.’ Arrested for DUI in Oregon 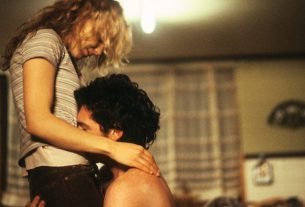 Who is Cate Shortland and why has she directed a Marvel movie?