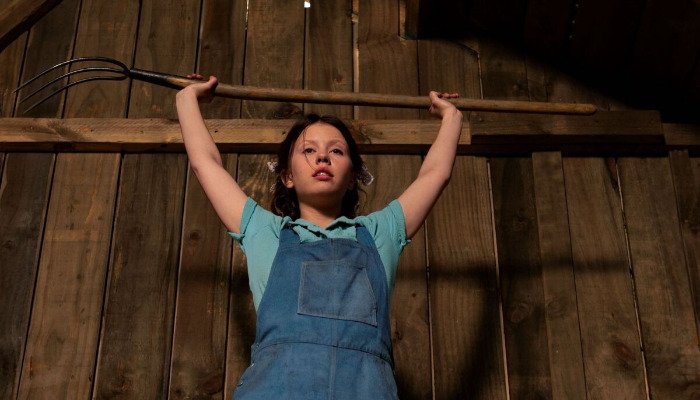 Mia Goth takes campy acting to a new level in what could be called the definitive female American Psycho movie, Pearl. Ti West, the film’s director, made one the year’s best films, X, which was released this past March. Pearl, the prequel, seems as if it was made as a companion piece to that great movie but it plays as more of something that would only play on the midnight movie circuits. A24 is releasing it and while it’s a pretty good film, I’m not sure that any viewer could relate to Goth’s creation–the actual character of Pearl. Don’t get me wrong, there may be a little bit of this woman, “Pearl,” in all of us but as a main protagonist (or antagonist), she’s awfully over-the-top and off her rocker making this new picture feel like something that will only appeal to hardcore fans of Ti West or obscure horror movies.

That being said, Goth is to be credited for what is one of the most brave, daring and ferocious female performances of 2022. You can love her or hate her but there’s no denying the quality of her work as Pearl in this new movie. Unfortunately, most people will hate her and the characters who really do Pearl in towards the end are pretty much let off the hook and don’t actually fall victim to Pearl’s rage.

Instead, the people who suffer the most are Pearl’s parents. Matthew Sunderland plays Pearl’s dad as a man in a wheelchair who is pretty much completely out of commission in every sense of the way. Set during a pandemic in 1918, around the time of the first World War, we meet Pearl who dreams of becoming a famous dancer and sees that an audition is taking place in her town that could let her get away from it all. She yearns to escape her mundane world. She’s married to a man named Howard (Alistair Sewell) but this guy’s been sent off in the war and that leaves Pearl yearning for the attention nobody truly gives her, especially her seemingly hard and unsympathetic mom, Ruth (Tandi Wright in another strong turn the film features).

There are a lot of wild, way out there scenes in this movie. Pearl nearly feeds her dad to an alligator until her mom catches on to Pearl’s erratic behavior and what does Pearl eventually do? She sets her mom on fire and whether it is accidentally or on purpose I couldn’t tell you. What I can say is the scenes recalls a similar part of A24’s Hereditary. Maybe it’s a throwback to that 2018 film.

All of Pearl builds to a climax where she will audition for the dancing career she’s always imagined for herself. This scene where Pearl lets herself be free and gives the chance of a lifetime everything she has is a great sequence to behold. Without saying too much, though, Pearl lets some characters off the hook who we, as audience members, would have loved to see Pearl get her revenge upon.

A monologue Pearl gives while sitting across from her sister-in-law Misty (Emma Jenkins-Purro) is great screen acting at work. Much of Pearl’s mannerisms and facial expressions are conveyed effortlessly by the formidable Goth who excels in her role. We can feel all of Pearl’s discomfort and disappointment regarding her life which makes her character an unusual one. That’s because outside of the monologue scene, she’s not very relatable.

Pearl has violent scenes set on the farm our leading star’s character lives on and the movie forgets to tell us how (or why) the police or close friends or neighbors never really show up to find out what’s going on. Maybe that’s Ti West’s point. Perhaps, like in American Psycho, a murderer could get away with everything and nobody would ever notice. Maybe even more so back then.

As a follow-up film to X, Pearl doesn’t really hold a candle to that movie from six months back. Still, Goth delivers a powerhouse performance that really drives the film home. Pearl is a good movie. It’s just not X. But, Ti West definitely makes his audience have an interesting time watching the wild Pearl go through her paces.

This ‘Black Widow’ Alternate Ending Would Have Changed the Movie 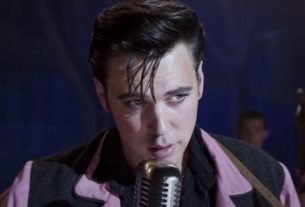