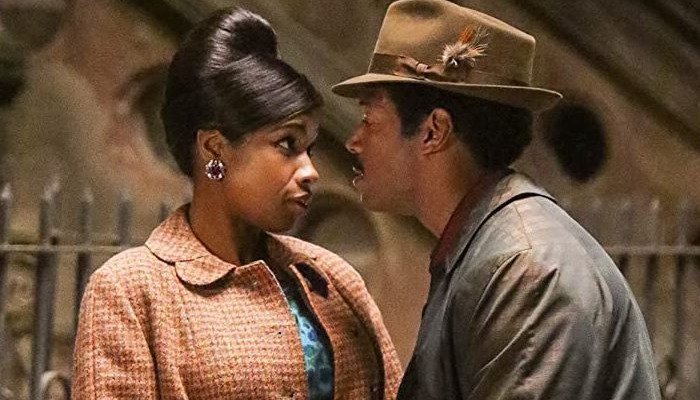 The Aretha Franklin biopic, Respect, as directed by Liesl Tommy, could have been a lot better yet there’s something about Jennifer Hudson’s performance playing the legendary singer that gives the film a lot more glitter and gold than you’ll find in a typical average biopic. Hudson commands the audience’s attention at all times playing this part and it’s hard to look away whenever she’s on screen. However, in some scenes she falls victim to some cliched writing that undermines some of the emotional impact in key scenes. This is a true story, yes, but even in a factual drama, you can have some writing that doesn’t seem crisp or genuine. That’s the case in some scenes here. Luckily, the performances override some of the problems making it watchable and very intriguing.

The film opens with 10-year old Aretha being played by young actress Skye Dakota Turner. She’s a kid with fierce determination and her tough dad Rev. C.L. Franklin (Oscar winner Forest Whitaker) doesn’t let her sell herself short. In fact when Dinah Washington (Mary J. Blige) is around, Franklin makes sure his daughter’s voice is heard.

When Aretha meets Ted White (Marlon Wayans) and starts dating him, her dad doesn’t take well to Ted and this creates drama in the story line as the father’s initial impression of Ted turns out to be correct. Ted becomes her manager and has an abusive streak towards Aretha that spirals out of control. The audience likes Ted in the beginning but slowly sees that this man is controlling and, eventually, we want nothing more than to see Aretha get away from him. When she finally does and throws all her memories of Ted in the trash, it’s a crowd pleasing moment to be sure.

As the film progresses, and Aretha’s musical career reaches new levels, Aretha starts a relationship with her tour manager Ken (Albert Jones). Unfortunately, Aretha’s personal life descends into alcoholism. A terrific scene shows Aretha trying to perform at a concert after some heavy drinking and it becomes a sour note in Franklin’s otherwise distinguished career.

The scenes of Aretha trying to overcome alcoholism are well rendered and the film makes a powerful impact on the viewer as we witness the singer trying to get back on her feet and rectify her broken relationships with members of her family. When she finds herself redeemed through her faith, she ultimately joins a church where she performs one of her great career achievements, “Amazing Grace.”

There is a lot going on in Respect and some of the scenes work better than others. The film essentially documents roughly 20 years in the life of a living legend. This film even covers Martin Luther King, Jr.’s death. Perhaps, the movie tries to do too much and it’s hard to fault it for that but the film definitely succeeds whenever it shows Aretha performing. Hudson is pure gold as the Queen of Soul and we sympathize for her every time she makes a bad decision because she’s such a remarkable woman. To overcome the things Aretha did would challenge anyone immensely and Hudson captures the battle the singer fought to become the renowned artist she became. We’re thankful for the fight she put up because the end result was a wonderful legacy.

The supporting performances work well in the film even if there’s too much cliched dialogue at certain times. Wayans is definitely the standout in the supporting cast showing sides of him we haven’t seen in his previous work. Skye Dakota Turner as the young Aretha certainly is a revelation with her compelling screen presence. Marc Maron as producer Jerry Wexler also brings the business side of Aretha’s artistry into full display.

Forest Whitaker’s role as Aretha’s dad is a complex one and Whitaker is more than up to the task of providing the role with the requisite depth it needs to be successful. There are some powerful scenes between Whitaker and Hudson that shed light on the unusual father/daughter relationship the characters had. While far from a perfect father, Whitaker plays the flawed, but human, dad to perfection.

Respect is slow-moving at times and not always as well paced as it could have been. There are scenes that feel like they could have been left on the cutting room floor. Aretha’s relationships with her family and chosen friends were complex and they are not always accessible to the audience in terms of us being able to fully understand them. At one point, Franklin declares that she’s feeding her whole family through her career. That point, if true, should have been developed more or left out of the film.

With that said, the movie closes with clips of the real Aretha Franklin performing and it’s a treat to see the now gone legend after witnessing Hudson’s powerhouse performance. It’s clear she was a hugely talented woman who suffered some tough hardships after watching the film. Respect doesn’t cover everything but what it chooses to cover, it does in a way that makes the film worth watching even if it sometimes leaves us wanting more, or in some cases, less. Hudson brings the film through the hurdles and may even be mentioned come Oscar nomination time. 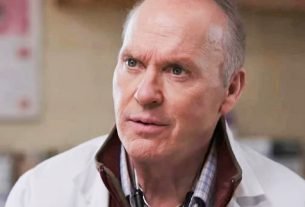 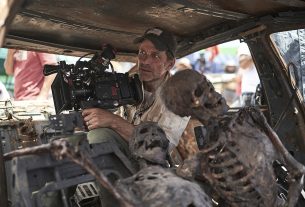