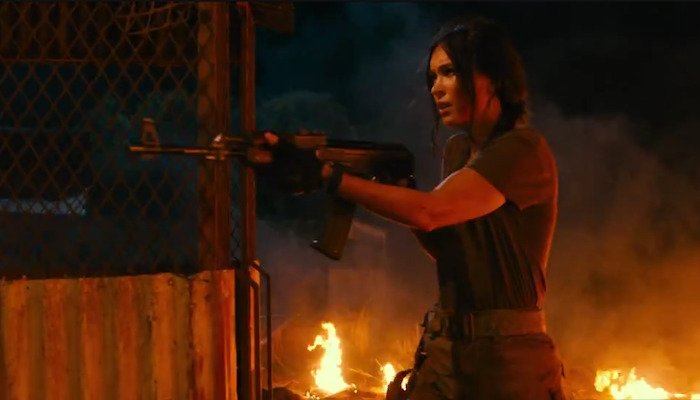 Fitting anti-trafficking and anti-poaching parables into what’s both an action film and a meditation on revenge is a loaded task, and M.J. Bassett attempts to do just that with her new thriller, Rogue. And yet, the final product is more slim than it is sustaining, offering up a sleek beast that’s easy to sink your claws into but doesn’t have much meat on the bones.

On a mission to rescue the kidnapped daughter (Jessica Sutton) of a South African governor, hired American gun Sam O’Hara (Megan Fox) and her band of mercenaries lay siege to an extremist militia group’s savannah hideout. To their shock they discover that the group is peddling in human trafficking, and despite Sam’s hesitations they take the other women hostages along in their escape. Things go sour when the group’s leader Zalaam (Adam Deacon) destroys their extraction method, leading Sam and her team deeper into the brush where they find temporary refuge at an abandoned big game farm. The situation stabilizes until something on the farm starts leaving the men in ragged pieces. When they discover culprit to be a rogue lioness that survived the farm’s violent practices, it becomes an endurance test for Sam and her team to wait out the night against both the battered big cat and Zalaam’s approaching militants, with the waning sliver of hope that help will come at dawn.

Using the phrase “like a video game” in the context of a film is usually short-hand to describe shoot-‘em-up, non-stop actioners akin to first-person-shooter games. The description suggests easily delineable plot points that are quick to surpass for the sheer purpose of progression (i.e. the “gamification” of storytelling), as well as gratuitous violence and simplistic moral quandaries. The problem is that such a blanket statement is rather pejorative towards both mediums, as video games are capable of just as much stylistic, narrative, and mechanical diversity as film, and films with such simple goals are not inherently bad. (Granted, even that assumption of a blanket statement might be an inaccurate, as I’m barely a gamer myself and am speaking primarily through cultural osmosis [nothing against gaming, necessarily, it’s just not my thing].)

The issue with Rogue is that Bassett does take that “like a video game” comparison to heart without any irony, which neither subvert expectations nor leans into its excesses with palatable wit. It could very well be in line with her sensibilities to do so – especially when you remember that she directed Silent Hill: Revelation 3D back in 2012. However, the way Rogue’s narrative is crafted to fit said style is done in the most blatantly obvious of ways.

The shoot-outs and “hunting” sequences are intense, but they’re also very foreseeable and calculated. Even the labyrinthian locations make it feel like we’re working through a game level to reach a save point, rather than being toyed with by a crafter of suspense. It doesn’t help that they’re endlessly bombastic, either, with nary a bit of flair outside of some admittedly pretty drone shots. Although, the CG lion does sort of add to that ridiculousness and is forgivable if you just read it as video game villains made manifest.

Bassett and her co-writer Isabel Bassett (her daughter, who also plays Tessa in the film) try to counter the film’s action with heavier social messaging, touching on points from human trafficking to extremist militia groups, from duplicitous neo-colonialism and ultimately to big game hunting/inhumane farming practices. It does aid the film, as those boisterously emotional moments of introspection are when the film gains some gravitas. (A back-and-forth between the former hostages and Sisanda Henna’s Pata, someone who also once escaped from the clutches of Zalaam’s militia and is now working on Sam’s team, is a particularly moving scene.) And, as others have pointed out, there is arguably subtexts of both victims seeking revenge and women asserting their control that isn’t a wholly absurd takeaway.

Unfortunately, the film is ultimately not that concerned with these points, rushing through them to get back to the action. Bassett’s choice to make the closing title card a personal quote rather than just a concluding message is the self-serving cherry on top, emblematic of Rogue’s reluctance to marry theme and action while still finding a way to make itself feel important. It ultimately becomes a cheapened means to a bloody end – which, unlike the lions, is disappointing to see overrun in computer-generated dreck.

Fox could very much be an action star in the making, though, as she pulls off a tough-as-nails role and has good camaraderie amongst her co-stars. And the characters have enough silly tough-guy dialogue that, besides the excessive expletives that make them sound like players on an XBOX Live server, veers mostly towards harmless machismo. Could’ve done with less quasi-racist humor, though, no matter how self-aware it might’ve been.

Rogue is a jam-packed actioner with a lot going on but relatively little on its mind. Bassett crafts action well but can’t decide whether to do so in service of a weighted genre piece or shlocky camp. It serves as a balm for that loud, brash, gaming-like itch, but it’s more a relief to be scratched away than a satisfaction to be gained.

Leave your thoughts on this Rogue review and the film below in the comments section. Readers seeking to support this type of content can visit our Patreon Page and become one of FilmBook’s patrons. Readers seeking more film reviews can visit our Movie Review Page and our Movie Review Pinterest Page. Want up-to-the-minute notifications? FilmBook staff members publish articles by Email, Twitter, Instagram, Tumblr, Pinterest, and Flipboard. 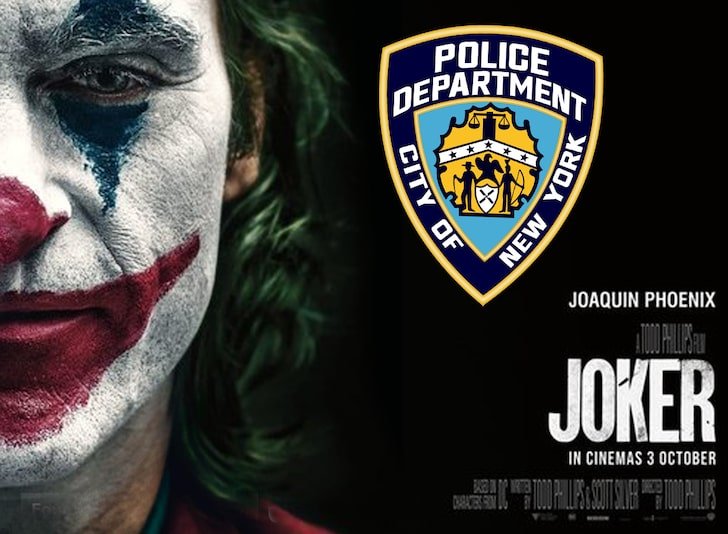 ‘Joker’ Screenings in Theaters Across NYC to Get Police Patrol