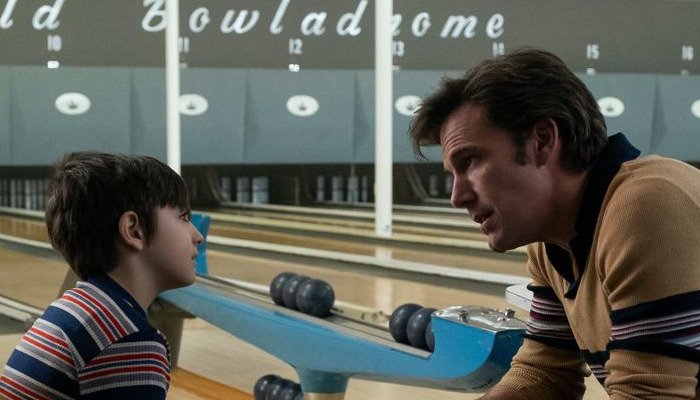 Ben Affleck is always a reliable choice to play a central role in a film. In director George Clooney’s new coming-of-age film, The Tender Bar, Affleck turns in a – dare I say it? – tender performance full of heart and energy. It’s Affleck’s best acting in years and director Clooney wisely keeps the focus on Affleck’s character Uncle Charlie for much of The Tender Bar‘s running time.

This new movie is really about a Long Island kid named J.R. (first played by Daniel Ranieri) who is a young boy whose mom (Lily Rabe) struggles to make ends meet. They live in J.R.’s grandfather (Christopher Lloyd)’s house and the mother encourages J.R. to set his goals on going to either Harvard or Yale. J.R. grows up and is then played by Tye Sheridan in a sweet but slightly average performance. A college age J.R. has to rely on scholarship money and his uncle’s supplemental money to attend Yale (where he gets accepted) and the movie follows J.R.’s journey to become a writer against all odds. This is another movie that sets out to inspire and actually does so–some of the time at least.

Uncle Charlie runs a bar called The Dickens which has Charles Dickens books on hand that Charlie happily shares with J.R. as a young boy. J.R..’s father (Max Martini) is a low-life deadbeat who always disappoints his son and Uncle Charlie is always there for his nephew making him keep the faith whenever things in life seem impossible to achieve. As the grandfather, Christopher Lloyd’s character (known as Grandpa) is merely adequate. Grandpa is said to have enough money to keep things stable for his family while they pursue their endeavors. Unfortunately, a scene in the film reduces the great Lloyd to farting for comic relief in a mundane moment in a film chock full of them.

However, when we follow J.R.’s experiences through Yale, the movie picks up momentum. J.R. starts dating an attached girl named Sidney (Briana Middleton) to whom he loses his virginity. However, Sidney’s family is stuck up and rich and can’t understand how J.R. ended up at Yale on the road to being a lawyer (which is what his mother wants for him). Sidney’s family looks down on J.R. and thus their relationship is doomed especially when considering that Sidney says she has another boyfriend.

Clooney directs the film which has a 1970’s feel to it and keeps the viewer interested in the action even when it gets a little corny at times. It seems Uncle Charlie can always help J.R. out financially which is a beautiful thing, but it never rings true that Charlie would always have as much disposable cash on him especially since he consistently reminds J.R.’s dad that he owes Charlie $30. However, despite the lack of credibility regarding that plot point, Affleck shines in a great role for him that highlights his witty personality and incredible on-screen charisma.

J.R. is played by two decent actors at different ages. Daniel Ranieri gets some fun scenes especially when he ends up at a bowling alley with Uncle Charlie who thinks his foot shrunk due to the tight bowling shoes he puts on. Uncle Charlie hysterically requests a size 13 for himself. Tye Sheridan never really completely gels with the role but maintains likability throughout with his heartfelt turn.

The Tender Bar has some heavy scenes towards the end as J.R. is forced to call the cops on his no-good father but the movie maintains a feel-good vibe for much of the picture’s running time. Call it Good Will Hunting-lite if you will. J.R.’s not as much of a genius as Will was in that film but he’s smart and tells someone that going to school and doing well is the key to success in life which is probably very accurate advice to give somebody. This film will appeal to people looking for a positive-themed film.

George Clooney, as a director, is good at keeping the pace of the film on point. Clooney is not quite at the level as a director that he is at as an actor but with The Tender Bar, Clooney has added a sweet film to his resume that is ultimately worth seeing for Ben Affleck’s warm-hearted performance. 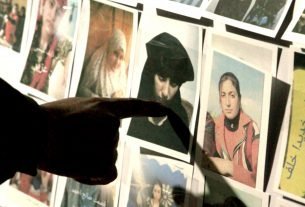 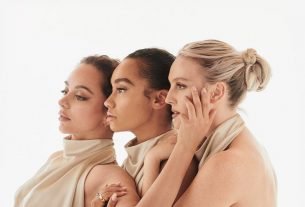 Little Mix celebrate 10th anniversary with ‘Between Us’ album announcement 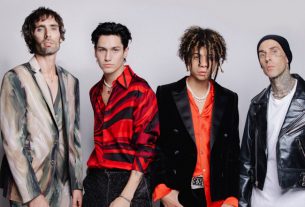