The movie is based on real life events, which saw the Kray Twins bust Frank Mitchell, aka The Mad Axeman, out of prison.

Lisa was a club hostess that was brought in to keep Frank occupied once the Krays had him in hiding.

When the Krays masterminded Mitchell’s escape in 1966, they took him to a flat in East Ham, London.

It took five hours before he was reported as missing and his escape made the national news, due to his status as “Britain’s most violent convict”.

Mitchell is described as having a short temper as well as mental health issues which gave him “the mind of a child of 13 or under”.

This, as well as his physical size, made him difficult to deal with and he became agitated.

He wasn’t willing to return to prison and couldn’t leave the flat in case somebody recognised him.

The Krays also didn’t want him out as he could implicate them in his escape.

DRAMATIC: Lisa was brought in to distract The Mad Axeman

This is where Lisa comes in, though Mitchell fell in love with her, which complicated things even more.

Just 12 days after his escape, on December 24, Mitchell was taken out of the house under the impression that he’d be heading to a country safe house.

He realised Lisa wouldn’t be coming with him but was told she was following on later, which persuaded him to get in a waiting van.

However once inside, he was shot 12 times before dying, with his body never being recovered.

According to Freddie Foreman, an associate of the twins, Mitchell’s body was dumped in the English Channel.

The movie looks set to be nail-biting and full of intense drama, with Rita’s Lisa playing a big part.

The film also stars the late Leslie Grantham as Nipper Read, who was partly responsible for the conviction of Ronnie and Reggie Kray.

The Krays: Dead Man Walking is released in September 2018.

Henry Cavill's 'Superman' Conflict with Warner Bros. is Made Up 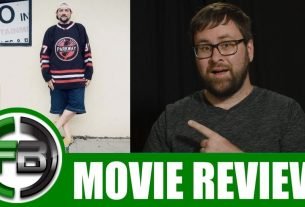