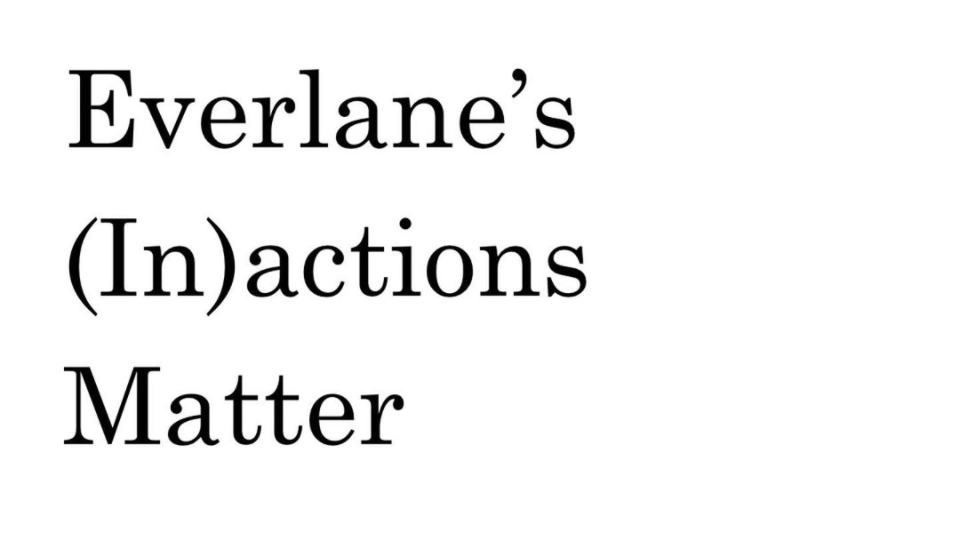 On June 29, following Ex-Wives Club’s original post from June 22 denouncing the “toxic workplace” in Everlane, Preysman issued a public apology via Instagram. Ex-Wives Club’s initial post shared a few stories of Everlane employees who claim to have experienced racism and microaggressions in the workplace as well as a clear list of what they would like to see from Everlane moving forward. Preysman’s new post detailed a list of actions the company will be taking going forward to create an “inclusive environment” where all employees can “thrive together.”

In response to Preysman’s apology, Ex-Wives Club issued a new statement titled “Everlane’s (In)Actions Matter — why it’s time to #BoycottEverlane.” In their post, the Ex-Wives Club claims that “a white man finally saying that a racist and white supremacist workplace culture starts with him is nothing to congratulate. Nor is it a radical statement.”

“Everlane has proven to care only about their profits. We asked them to divert funds from 100% Human and honor Black-led organizations — not one mention. Without change on the leadership level, who can you trust to enforce the Code of Conduct? How can problematic leadership authentically create retention guides?” the Ex-Wives Club asks in their post while acknowledging Preysman’s apology was “a micro-step in the right direction.”

Everlane is just one of the many corporations being called out for alleged mistreatment of BIPOC and POC in the workplace. Since they deemed Preysman’s proposed measures to be “inactions,” Ex-Wives Club is calling for action in the form of boycotting buying clothing from the brand.

Teen Vogue has reached out to Everlane about the boycott.