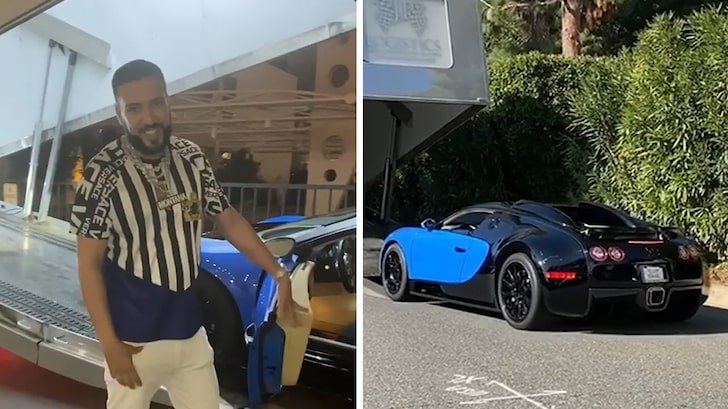 French Montana has lots to celebrate … he’s lucky to be alive after his big hospital scare, so what better way to show gratitude than to buy yourself a $ 1.5 million whip!!!

French got a brand new blue Bugatti delivered to his pad in Vegas Sunday night. We’re told it was transported by Wires Only Luxury Car Dealer in LA … using a special truck to protect it from scratches or other damage.

Our sources say French wanted the Bugatti in time for New Year’s Eve to celebrate the year ahead and, presumably, the fact that he ended the year on 2 feet.

TMZ broke the story … French was hospitalized in November after experiencing intense stomach pain and an elevated heart rate. He spent nearly 2 weeks in the hospital — mostly in the ICU — before being released.

While our French sources say doctors could never nail down a cause, French says he believes the medical emergency was caused by partying way too hard — 4 countries in 4 days.

The good news for French. His new album “Montana” dropped just days after he got out of the hospital … so he had plenty to listen to during his recovery.