The Friends actor was rushed to hospital in LA on Tuesday to have emergency surgery to repair a gastrointestinal perforation.

A representative for the star told PEOPLE: “Matthew Perry recently underwent surgery in a Los Angeles hospital to repair a gastrointestinal perforation.

“He is grateful for the concern and asks for continued privacy as he heals.”

During the operation, Matthew underwent a tracheostomy, which creates an opening in the neck so doctors can have access to the throat, according to Radar Online.

He was then transferred to the Intensive Care Unit due to complications.

“He was in bad shape, and only recently has shown signs of improvement,” a source told Radar. “But he’s still not well.”

Getty
Ulrika Jonsson pictured in 2011 and looking tired in 2016

According to Healthline.com, a gastrointestinal perforation occurs when a hole forms all the way through the stomach, large bowel, or small intestine.

It can be due to a number of different diseases, including appendicitis and diverticulitis.

It can also be the result of trauma, such as a knife wound or gunshot wound.

Matthew has previously spoken out about his health struggles in the past, including an addiction to alcohol and prescription drug, Vicodin.

In 1997 he completed a 28-day program to rid himself of the powerful painkiller.

But in 2001 he entered a rehab to recover from his use of it again, along with his addiction to methadone, amphetamines, and alcohol.

RECOVERING: The star is said to be doing well following surgery to repair the stomach issue

Speaking candidly about his experience to PEOPLE in 2013, he said: “I couldn’t stop.

“Eventually things got so bad that I couldn’t hide it, and then everybody knew.”

In 2015, he told The Hollywood Reporter in a video for Phoenix House, a California-based treatment centre: “You can’t have a drug problem for 30 years and then expect to have it be solved in 28 days.”

“At Phoenix House, I was very moved by the hope that I saw there, which is what this is all about,” said Perry.

“Getting sober is a really hard thing to do.”

In June of that same year, the Hollywood great – who played Chandler Bing in Friends – was awarded with the 2015 Phoenix Rising Award for overcoming his addictions, although he modestly played down the honour.

90’s ICON: Matthew has previously spoken out about his addiction to alcohol and drugs

Matthew says he now uses his notoriety to help fellow addicts in their journey toward sobriety as much as possible.

“I’ve had a lot of ups and downs in my life. I’ve learned a lot from my failures, but the best thing about me is if an alcoholic comes up to me and says: ‘Can you help me stop drinking?’ I can say, ‘Yes,’” he said.

We wish you a speedy recovery Matthew! 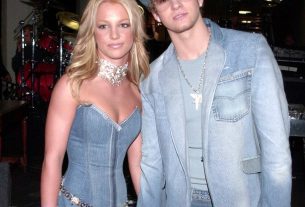 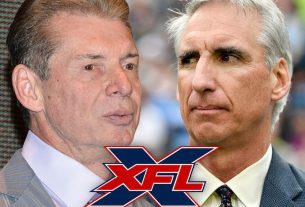