With the upcoming release of Disney’s The Little Mermaid this May starring Halle Bailey as Ariel (widely regarded as one of the most recognizable characters and stories), it’s easy to see why there’s been a surge of interest in aquatic-inspired style recently. Whether this could be tied entirely to the aforementioned film, or just a widespread interest in the mythological creatures of the sea I’m not sure, but I do know I’m all for it. There’s something so ethereal and effortlessly romantic about the worlds of fashion and beauty gravitating towards the style that its admirers have affectionately dubbed as “mermaidcore.”

Simply put, mermaidcore is all about embracing the overall aesthetic of these mythological creatures. From opting for an extra swipe of highlighter across the cheekbones and decorative pearl accents as a replacement for your everyday eye shadow to nail designs that resemble the movement of the ocean, mermaidcore has taken creativity to a whole new level. To better understand how some beauty experts are making this trend their own, I turned to celebrity makeup artist Judy Gabbay Braha and manicurist Brittney Boyce.

Keep reading to discover how these beauty masterminds are pulling off mermaidcore in 2023.

For expertise on makeup trends on and off the runway, I reached out to Judy Gabbay Braha. Braha, a celebrity artist based in New York, has had her work published in Seventeen Magazine, Vogue Italia, Marie Claire, and more. “Chic mermaid makeup is all of the rage right now. Think, a spinoff off Euphoria-inspired glam and siren eyes,” Braha explains. “It could be the unhinged excitement of Halle Bailey’s performance in The Little Mermaid live action as well— whatever the case may be, I’m always down for a mermaid-inspired glam.” She describes the look as calling for long tresses, waves, or wet-looking hair with glossy skin, sparkling lids, and pops of ocean-inspired aquas and pastels.

Her favorite mermaidcore look that she created for a client was a mix of Euphoria glam and aquatic inspiration. “There are so many ways to draw inspiration to create a mermaidcore look,” says Braha. “My take would be open, fluffy brows, a wash of lavenders or sheer aqua blue across the lids, or a pop of color in the inner corner of the eyes. Glossy, fresh skin and lips complement this look well, too.” While mermaidcore may appear overwhelming to create at home, there are a few go-to products Braha suggests using Makeup by Mario’s Master Crystal Reflector in Quartz, Gucci’s Luminous Face and Lip Gloss, and Natasha Denona’s Mini Pastel Eyeshadow Palette.

“Quartz can be used on lids over top the pastel shadows, or used alone on lids or in inner corners. Use Gucci’s face balm under makeup on cheekbones for a wearable dewy effect,” Braha begins. “Natasha Denona’s mini pastel palette has the perfect mermaid vibe and can be worn individually or paired together for dimension and depth on eyes.” She also proposes adding extra details like delicate jewels, stones, or pearls sporadically near the eyes for an ultra-chic approach to the trend.

To better understand the mermaidcore trend in nails, I reached out to celebrity manicurist and founder of Nails of LA, Brittney Boyce. The dazzling nails of her clientele can be spotted from red carpets to magazine covers. Boyce’s idea of the perfect mermaid-inspired manicure are the ever-popular chrome nails. “They’ve really been in for the last 6+ months,” Boyce begins. “I think it’s a cool way to have a try at a design without anything too distracting.”

While mermaidcore is still an emerging trend among her clientele, she’s noticed a rise in the popularity of chrome nails that take on more aquatic elements. “I’ve done a lot of chrome nail designs lately, but not in any type of mermaid form,” she says. “However, we’ve also begun to see aquatic-inspired looks make a reappearance on [the] runways.” Boyce recommends opting for press-on nails, nail wraps, or chrome finish nail polish if you’d like to recreate this fashion-forward trend at home.

Up next, Bond No.9 is New York’s First Female-Led Parfumerie—15 Scents I Know You’ll Love 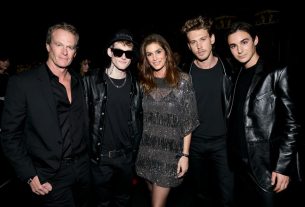 A Complete Timeline of Austin Butler and Kaia Gerber’s Relationship 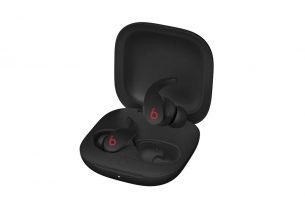 Beats Fit Pro Sale: Save 20% on Our Favorite Workout Earbuds 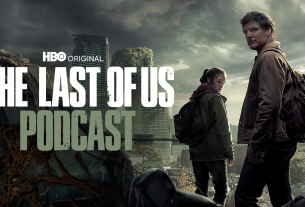