The trailer for Frozen 2 is finally here six years after the mega-successful Disney film came out.

Since 2013 children across the world have been singing “Let it Go”, and dressing up like Princess Elsa and her sister Anna.

Now a teaser of the animated film has been released, where fans can see familiar faces from the first film – Elsa, Anna, Olaf the snowman and Anna’s love interest Kristoff.

The teaser shows Elsa plunging into the stormy ocean while trying to turn it into ice.

The Disney sequel is directed by Chris Buck and Jennifer Lee, the same team who were behind the first blockbuster, which grossed over $ 876 million across the world.

Frozen is loosely based on Hans Christian Andersen’s The Ice Queen.

Frozen 2: When is Frozen 2 coming out? Trailer, release date and cast for Disney sequel (Pic: DISNEY)

When is Frozen 2 coming out?

Frozen II is scheduled for release on November 22 in the US and UK.

It was originally meant to arrive on November 27, but luckily for Disney fans, the release was moved forward.

Australia will have to wait until December 26 to see the sequel.

Frozen 2: The Disney sequel is scheduled for release on November 22 (Pic: DISNEY)

“[In Frozen] she had such a dramatic journey, and at the end she’s just starting to feel like she can open up and have some fun again”

What is the plot for Frozen 2?

Not much is known about the plot of the sequel, but Buck has said we should see the next evolution in the lives of the series’ stars.

Speaking about Elsa, Buck told Fandango: “[In Frozen] she had such a dramatic journey, and at the end she’s just starting to feel like she can open up and have some fun again.

“That’s what was really good about the short [2015’s Frozen Fever] – we could have fun with Elsa. And that personality… you will see in the next one.”

Frozen 2: Not much is known about the plot of the sequel (Pic: DISNEY)

Kristen Bell, who voices Anna, added: “The story is great…. It took them a while because they wanted to figure out what story they needed to tell and what would be important and engaging and they found it.”

What we do know is that the core cast will be back.

Bell will play Anna, and Idina Menzel will return to voice Else, alongside Jonathan Groff and Josh Gad.

The Title of Paul Thomas Anderson’s New Film Is Revealed 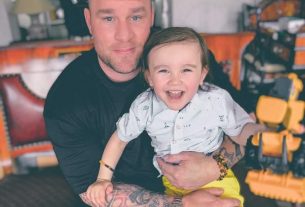 William Grimes Is A Rising Star Of The Real Estate World 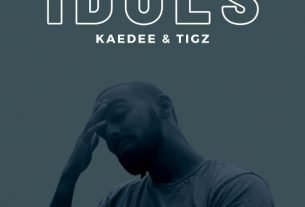