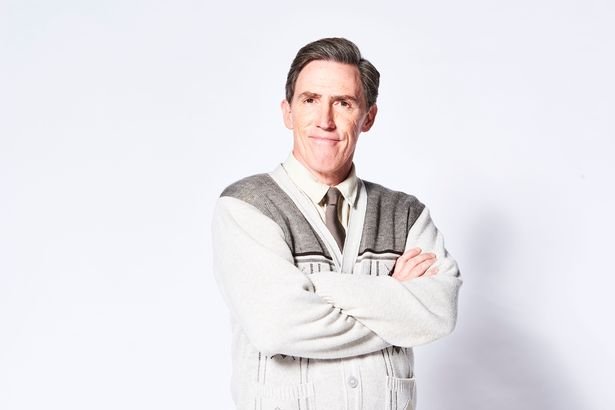 While many will be looking forward to a roast turkey with all the trimmings, many are gearing up for the highly anticipated return of Gavin and Stacey.

The show, which ran for three seasons from 2007-2010, is back on the small screen on Christmas Day for a one-off festive special.

With baby Neil making his grand return, albeit now as a 12-year-old, we take a look at the successful careers of the main characters during the last decade.

Gwen, Stacey’s mum, became a fan favourite when she appeared on the well-loved TV show.

Melanie Walters, who portrays the omelette-making maverick, deciding to hang up her acting boots when the main show wrapped.

Deciding on a different career path, you can now catch the 56-year-old in action at her own pilates centre in Swansea, Wales.

Aside from bending and stretching, the small screen star also rents self-catering holiday accommodation on the stunningly beautiful Gower Peninsula.

Despite moving away from acting, she has recently starred in Pitching In – a four-part BBC drama set around a caravan park in Anglesey – alongside former co-star Larry Lamb.

Already well established in the TV and comedy circuit prior to his stint on Gavin and Stacey, Rob Brydon has gone on to bag a number of small-screen gigs.

The Welsh funnyman, who now resides in London, has appeared alongside Steve Coogan in The Trip, The Trip To Italy and The Trip To Spain, with the next series set to air next year.

He hosts BBC’s Would I Lie to You?, The Rob Brydon show and The Guess List, and has also starred in Hollywood flick The Huntsmen: Winter’s War, and the BBC comedy series Marion and Geoff.

James Corden is undoubtedly the biggest breakout stars from Gavin and Stacey.

Co-creating and writing the show alongside Ruth Jones, who portrays Ness, the 41-year-old’s profile has skyrocketed since finishing the programme ten years ago.

Prior to bagging his converted hosting role on The Late Late Show with James Corden, the actor has also appeared in big-budget movies like Into The Woods with Emily Blunt, Meryl Streep, Anna Kendrick and Jonny Depp, animation Trolls, Ocean’s 8, Peter Rabbit, and most recently, the widely panned CATS adaptation.

Alison Steadman is an actress who has cut her teeth in many high-profile roles during her illustrious career.

Playing Mick’s wife on the show, the 78-year-old has been involved in numerous stage and screen productions.

Bagging two Laurence Olivier Awards, two BAFTAs and been made an OBE, the mum-of-two has starred in the Rise and Fall of Little Voice, and also appeared in Cat on a Hot Tin Roof.

Meanwhile, on the box, Alison has cropped up in several well-loved shows such as Nuts in May, Hard Labour and Abigail’s Party.

Larry Lamb portrayal of kind father Mick Shipman on the show won him a legion of fans – and also proved a useful springboard for bagging other parts when the programme finished.

Since his Gavin and Stacey stint, the 72-year-old has ventured down the reality TV route having featured in I’m A Celeb! in 2016.

During his days on the BBC sitcom, he also played evil Archie Mitchell in EastEnders alongside Barbara Windsor as Peggy Mitchell, and Lacey Turner as Stacey Fowler.

In 2017, he buddied up with son George Lamb for a special biking programme around Britain.

Matthew Horne had appeared in the Catherine Tate Show, and had performed at the Edinburgh Fringe Festival before playing big-hearted Gavin on the BBC programme.

He played the Culture Club drummer, Jon Moss, in the 2010 BBC docudrama about the teenage years of Boy George, Worried About the Boy.

Most recently, he appeared on stage in Rain Man, and starred in the new Dad’s Army: Lost Tapes remake.

Joanna Page took a step back from the showbiz circle in order to raise a family.

Penning the script with James Corden, the actress has now turned her attention on novel writing having released her first book, Never Greener, last year.

In terms of television work, the 53-year-old has featured in Fat Friends and Little Britain as well as two BBC period costume dramas: Tess of the d’Urbervilles and Little Dorrit.

Since her Gavin and Stacey appearance, the 38-year-old has gone on to tread the boards in several productions including the musical Into the Woods at London’s Donmar Warehouse, and Shakespeare’s The Taming of the Shrew and A Midsummer Night’s Dream at the Open Air Theatre, Regent’s Park.

She also starred in 2011’s Flare Path, which won her a second Laurence Olivier Award, and she took the lead in 2016’s Funny Girl.

Sheridan appeared as The Narrator in Joseph and The Amazing Technicolor Dreamcoat at The Palladium in London for a limited summer 2019 run only.

The newborn was played by twins Oscar and Ewan Kennedy, now 12 – with Oscar set to grace the Christmas special on Wednesday.

The Bachelorette Tours a Temple and Tackles the Top 2 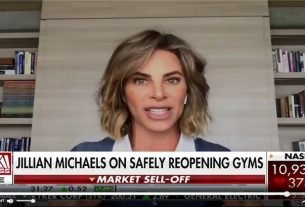 Jillian Michaels Says She Had COVID-19, Warns About Gyms Reopening