Hamilton–heads, do we have news for you! The trailer for Lin-Manuel Miranda’s tick, tick…BOOM! is here, and the film is coming to Netflix soon.

This is Miranda’s debut directing a feature film, which is pretty big news, because he’s only an Oscar away from joining the prestigious list of EGOT winners (that’s an Emmy, Grammy, Oscar and Tony winner).

Whether or not tick, tick…BOOM! will go the distance for the 2022 Oscars remains to be seen, of course, but the film does look pretty spectacular, if we do say so ourselves.

The film had been adapted for the screen by Steven Levenson and the musical was originally created by Jonathan Larson, who also created RENT. It’s safe to say we can expect 525,600 show-stopping numbers.

The flick stars Andrew Garfield, of Spider-Man and The Social Network fame, and follows his character Jon’s race against time to create something extraordinary, which to be honest is a mood.

Set in 1990, Jon’s a young theatre composer who works at a NYC diner to make ends meet, but has big dreams that he’ll one day write the next great American musical. Of course, that’s easier said than done, and there’s a lot going on to make Jon feel like he’s really up against the world.

The creative community he lives and works amongst is being ravaged by the AIDS epidemic, his girlfriend is keen to peace out of NYC, and his friend Michael has given up on his creative dreams in order to find financial security.

Much like Britney Spears in the 2002 classic, Jon is at a crossroads. He’s faced with the question we all have to reckon with: what do we do with the time we have in this life? 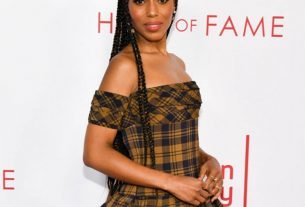