If you’re a fan of the British medical show Good Karma Hospital, you’ve probably been wondering whether there will be a Season 4. It’s been two years since Season 3 aired back in October 2019, so it’s understandable to wonder whether it’s been cancelled.

If you haven’t already watched it, we strongly recommend checking it out HERE on Acorn TV.

The good news is that YES, Good Karma Hospital will return for a fourth season. The show has been a hit both in the UK and abroad, and it’s likely things would have happened sooner if not for the pandemic. It’s made all TV production harder, but that’s doubly true when a show requires international travel.

Earlier this year, creator Dan Sefton (who’s also the creator of The Mallorca Files) stated that while he doesn’t have specific dates to share, Season 4 of Good Karma Hospital has been commissioned by ITV and he’s already hard at work on it. He said:

We are working on the next season of The Good Karma Hospital, which has been commissioned by ITV and that will be shot – we’re not sure when – in 2021 sometime, hopefully.

Regarding a date, he offered:

Yes it’s true #GoodKarmaHospital series 4 is officially happening. The lovely fans may have already heard through the online vine but it’s being filmed at some point this year. And no, I have no idea which characters are in it, including Gabriel. But. GKH4. Is. Coming

Yes it’s true #GoodKarmaHospital series 4 is officially happening. The lovely fans may have already heard through the online vine but it’s being filmed at some point this year. And no, I have no idea which characters are in it, including Gabriel. But. GKH4. Is. Coming🇮🇳🇱🇰 pic.twitter.com/xwk8MdybFF

ITV hasn’t offered an official statement about the upcoming Season 4 of Good Karma Hospital, and the official Good Karma Hospital social media channels have been very quiet about anything going on behind the scenes – but with the creator and a lead actor writing about it publicly, that’s confirmation enough for us.

We’re assuming the main cast members (like Amanda Redman and Amrita Acharia) will all be back, but as actor James Krishna Floyd mentioned in his tweet, even he doesn’t know who’s returning – or possibly, he’s just not able to share.

No announcements have been made about possible guest stars.

Again, there’s very little credible information on this, so we can’t make too much of a guess just yet. Creator Dan Sefton offered winter 2021/22 as an estimate, but since we haven’t seen any “behind-the-scenes” photos popping up yet, there’s a good change it may end up being slightly later (perhaps later in 2022).

There’s been no official indication of what will happen in the new season, but we assume they’ll have to start with some answers about that Season 3 cliffhanger. We’ll avoid going into any further detail about that out of respect to those who haven’t yet watched.

Creator Dan Sefton has been playfully vague about the topic, saying it will be, “More of the same really. I think the last season of Good Karma Hospital was the most successful yet.”

Good Karma Hospital is set in a small village in the south of India (the state of Kerala). In reality, though, it’s filmed in Sri Lanka.

The majority of the filming locations are located in and around the town of Unawatuna. It’s a coastal town in the Galle district, and it’s known for biodiversity that makes it a popular spot for eco-tourism. A small teacher’s college is the setting for the hospital.

You can have a walk around in the Google StreetView window below. Though it doesn’t let you walk through the gates, you can still get a peek towards the buildings and virtually stroll about the neighbourhood.

The show uses a mix of experienced and inexperienced cast and crew members, including quite a bit of talent from Bollywood and Colombo (in addition to those they bring from the UK). Rain and heat are always a challenge in a location like Sri Lanka, but somehow they manage – and we’re glad they do.

After the cliffhanger ending in Series 3, we definitely won’t miss it! In the meantime, we might just have to do a re-watch to make sure we’re all caught up for its return. 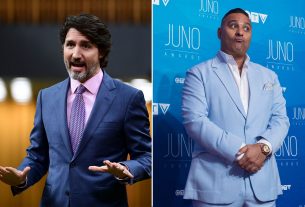 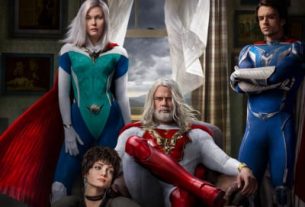