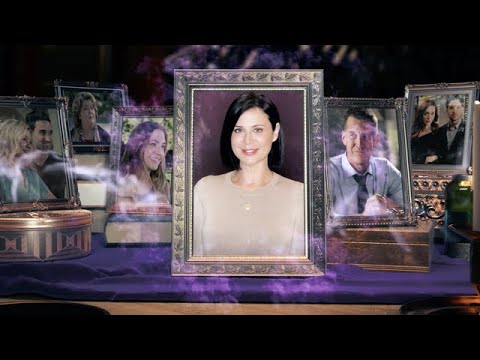 Where are all of my Hallmark fans? We have a surprise for you.

This teaser will start airing on Sunday, but we have the exclusive first look at this Good Witch Season 6 promo.

Have you wondered how the show will look in the wake of Grace and Nick going to college? Me too! 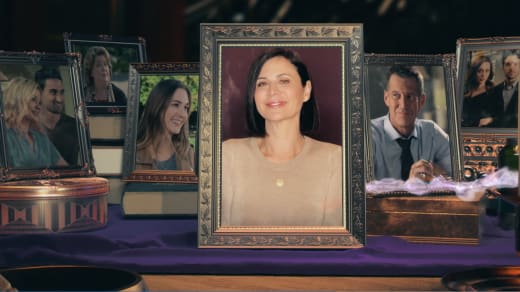 If you watch Good Witch online, you know that with such a talented and sprawling cast, it was often hard to focus as much on the adult romances as we might have liked.

After all, Hallmark Channel is known for love. 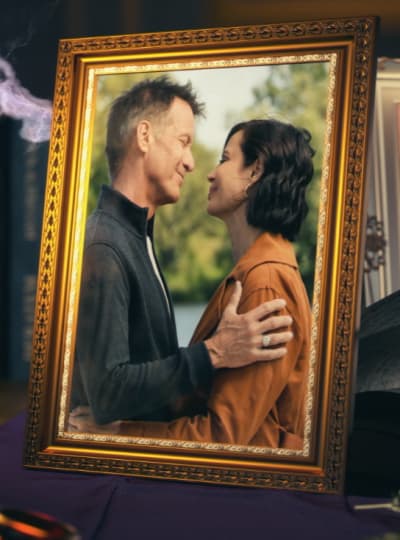 Cassie and Sam lead the way, followed by Stephanie and Adam. A woman is crooning the words, I’ve put a spell on you as the camera shifts to the photo of Abigail and Donovan staring into each other’s eyes.

And then the glass over their photo cracks!

Well, at least two of our couples are still together and happy.

And after the curse hanging over Abigail and Donovan’s head was revealed at the end of Good Witch Season 5, we knew they were going to face an uphill battle no matter how badly they wanted to break it and live happily ever after. 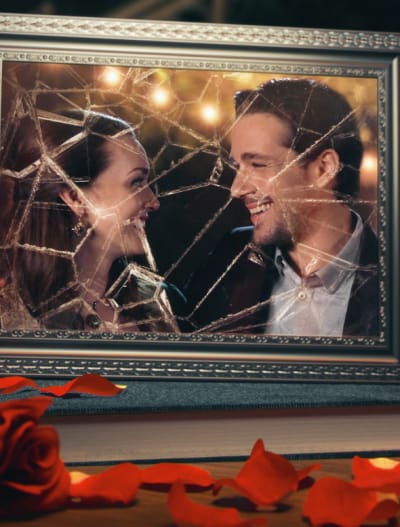 It isn’t only the couples highlighted in the photos.

Martha Tisdale makes an appearance as does a mysterious face that gets prominent placement right behind Cassie and next to Sam.

What does it mean?

Well, let’s take a look at the synopsis for the premiere:

Cassie (Catherine Bell) and Sam (James Denton) celebrate one year of wedded bliss, and each hopes to make their special day even more magical than usual in “The Anniversary,” premiering Sunday, May 3, on Hallmark Channel. 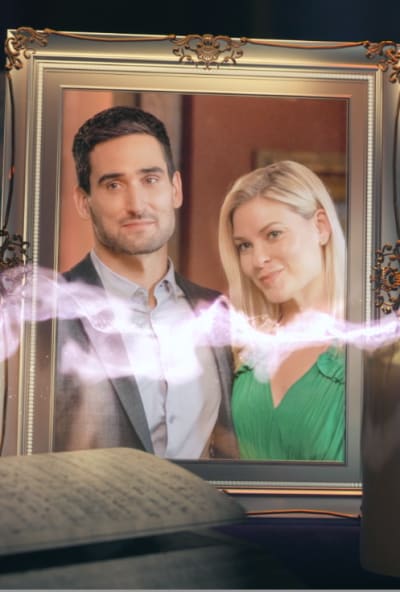 After receiving the perfect gift from Cassie on their anniversary morning, Sam feels the pressure to reciprocate with a meaningful token of his love. Martha (Catherine Disher) enters a bidding war with her nemesis Dotty (Paula Boudreau) for the new mayor’s mansion, which once belonged to a Davenport.

Stephanie (Kylee Evans) and her business partner butt heads about their food truck.

Abigail (Sarah Power) and Donovan (Marc Bendavid) receive “misfortunes” in their fortune cookies that lead to both an unexpected discovery and more information about their families’ curse. 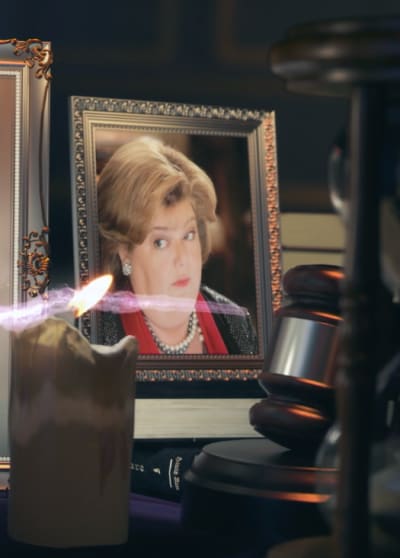 Meanwhile, Cassie hosts a guest at Grey House who hides her mysterious intentions for visiting Middleton.

And it’s that last paragraph we need to analyze! That guest’s name is Joy Harper, and she claims to be in town for a house renovation job.

Anybody who joins Good Witch always arrives in a shroud of mystery, and it seems Joy will be no different.

Considering her inclusion in the teaser, she’s bound to shake things up in Middleton, at least at Grey House!

Just how mysterious she is will get explored on Good Witch Season 6 Episode 2. Check out the synopsis: 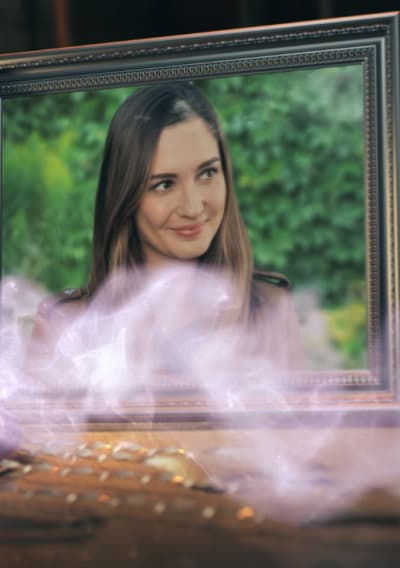 A chili cook-off brings out fierce competition in Middleton as Cassie puts her tastebuds to the test as one of the judges while flexing her magical intuition at Grey House on “The Chili,” premiering Sunday, May 10

When Sam finds himself without a crucial ingredient for his chili as the competition nears, he starts a chain of bartering that includes Martha, Stephanie, and Abigail.

Martha receives unexpected competition in her once-uncontested run for re-election and may have to put her stubbornness aside to compromise with her potential political adversary.

Stephanie looks to lessons from her past to help a friend’s daughter with her friendship woes, and Abigail inadvertently reveals a secret about her father when she meets his new girlfriend, and his deception makes her worry about her relationship with Donovan.

A clue to Joy’s identity in a time capsule? That’s interesting, right? How will Joy be related to Middleton? What are your immediate guesses?

And how on earth will a secret Abigail’s dad keeps influence her relationship with Donovan?

Who knows? But it’s time to start counting the days until the premiere on May 3 at 9/8c — that’s less than a month away!

Take a look at the latest tease for the season now.

Basketball Wives Returns: Where Are Your Favorite Former Castmates Now?