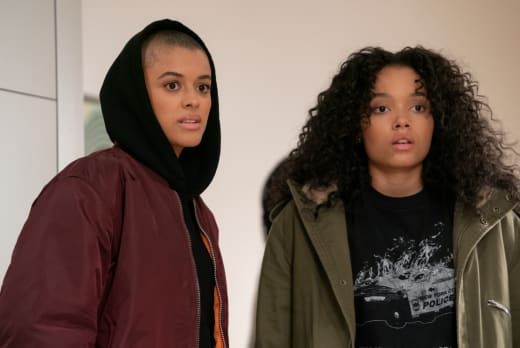 Davis Calloway needs to face justice for his crimes.

Gossip Girl (2021) Season 1 Episode 9 found Julien on a mission to help the survivors of her father’s crimes be heard, but by the end, the public were left with the feeling she was trying to silence them.

It was a harrowing hour of this reboot, but it shed light on more important topics than before.

Julien wanted some clarity on the situation, and the last thing she wanted to do was silence anyone, but this development flawlessly shows that these teenagers are not thinking like adults.

They make mistakes, and even when all of this blows over, Julien will always be remembered for what was perceived to be happening in the museum.

Julien and Zoya make a great team, and you could tell it pained Julien to have to tell Riley that remaining silent, for now, could be the best course of action. 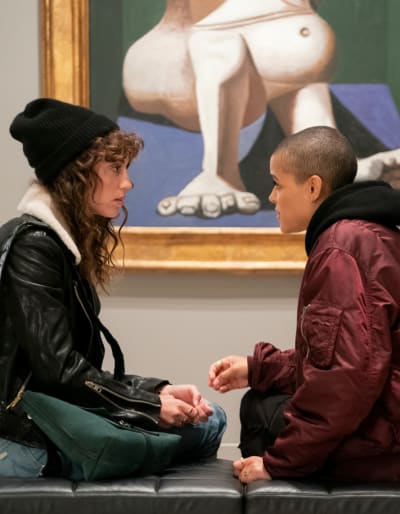 If we look at the optics of the meeting and the Gossip Girl spin on it, it seems like she was trying to protect her father.

Who will believe that she was trying to protect the voices of those who have not been heard?

Julien: What are you doing?
Davis: I didn’t want to disturb you. I was just looking for the old phone to give to the lawyers.
Julien: To give to them, or…
Davis: Or what?
Julien: Or delete what’s on it.

Julien’s time in the public eye has come with more negatives than positives, and something tells me this entire scenario will send her into hiding.

She needs time to process the fact that her father is not the man she thought he was. She should have been more concerned when he rummaged through her bag. 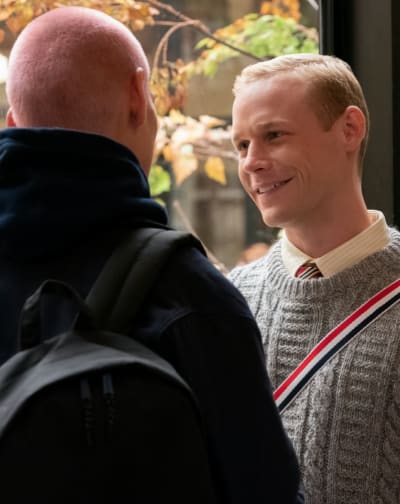 There’s no way back from this for Davis, and if the show opted to deem him innocent after so much evidence stacked against him, it would feel more like the show was exploiting sexual assault for a plot.

Sensitive storylines need to be handled with care, and Gossip Girl has always been a show about the rich and powerful.

Davis used his power to get women into bed, and there need to be repercussions of that.

The women don’t remember a thing about that night, and the fact that Davis supposedly thought that was okay at the time highlights what kind of person he is. 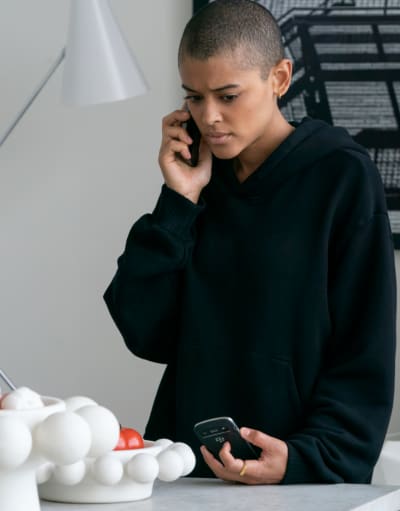 Davis will struggle to find legal representation now that it looks like Julien has tried to silence people, and maybe, just maybe, Julien will release a live video to get her point across.

The surprising part in all of this is how Lola has been M.I.A. The engagement has been walked back, but there was a part of her that looked unsure about Davis on Gossip Girl Season 1 Episode 7.

So you decided to turn on your best friend?

Hopefully, she’s realized that getting involved with the Calloways is not in her best interests.

Julien bonding with Zoya throughout these horrifying circumstances has been good for both of them. It’s just a shame it took all of this to make it happen. 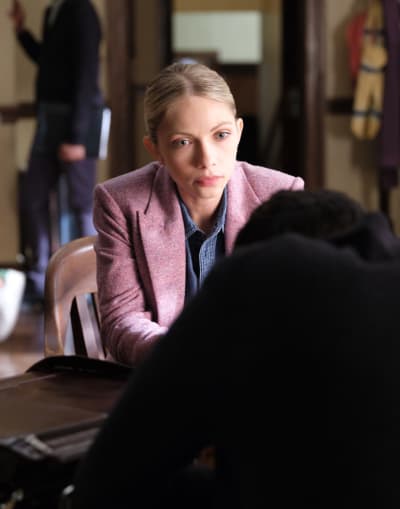 For now, Julien is about to face a reckoning, and there’s no telling how that will play out for her.

Nick speaking to Riley was a nice moment. He was tirelessly defending Davis initially, but it looks like it took the survivor telling her story to open his eyes to what was really happening.

Kate is not going to be able to forgive herself for going live. She was showing remorse for what the account had become, and now that it has destroyed Julien’s life, there’s no coming back from it.

All of the teachers need to face up to their crimes because people like Scott are using the account to cause destruction. Yes, the teenagers have been horrid to people, but at least Kate tried to make them better people. 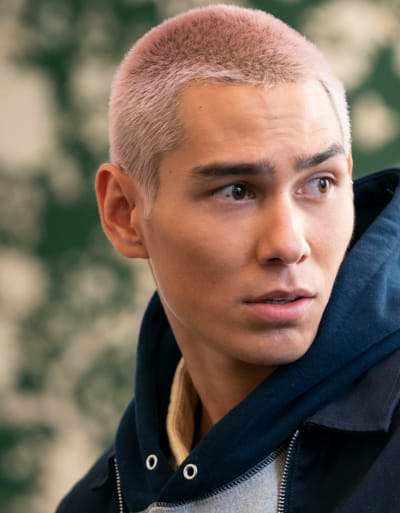 The increased awareness for the account has created a beast that cannot be taken down without a fight.

Nick: Trust the process.
Lawyer: No statements. No posts. Not online. Not in person.

The entire city of New York is now aware of Gossip Girl, so these teens cannot go anywhere without being under surveillance.

Kate could be getting a redemption arc, and quite frankly, she doesn’t deserve it. She started this whole thing and was the ringleader at the beginning.

At least Jordan is trying to keep things going well behind the scenes. 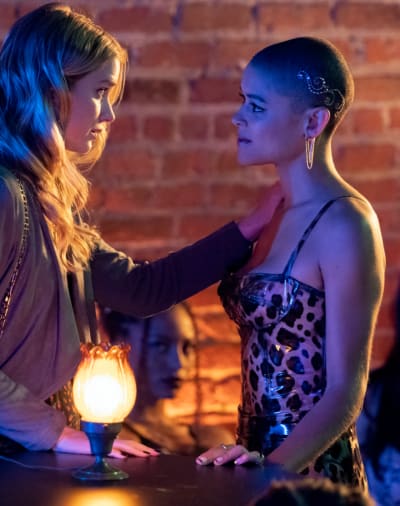 Audrey and Aki’s realization that they only have eyes for each other was cute, but something tells me they’re not being completely honest with one another.

Aki was vocal to Rex about how much he enjoyed the kiss. It could bet be the case that Aki still wanted Audrey present, but I feel like they are both lying to each other about what they want.

Aki getting jealous and conceding that he could give Audrey what Jamison could give her, felt like he was gaslighting her into believing it.

Are we starting to see a more villainous side to Aki? He wanted to go out and sleep with men and for Audrey to wait at home for him. 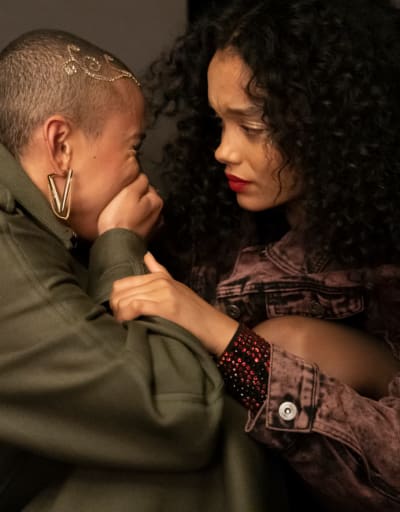 Audrey wanted her boyfriend to feel fulfilled, so it wasn’t fair that Aki would want to step out on her and not expect the same in return.

The pain on Max’s face was evident when he embarked on this mission of self-discovery. He’s realized he loves both Aki and Audrey, but they’ve had their fill of him and are moving on with each other.

Max will probably spiral out of control all over again, and I hope this doesn’t send him back to Rafa because the further he is away from that dude, the better.

Gossip Girl has finally found its footing and is living up to its predecessor. 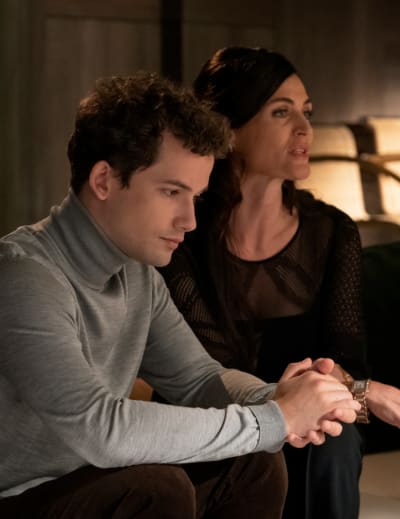 What are your thoughts on Julien looking like she was silencing survivors?

Do you think Davis will go to jail?

What are your thoughts on Aki going with Rex and thinking Audrey should wait at home? 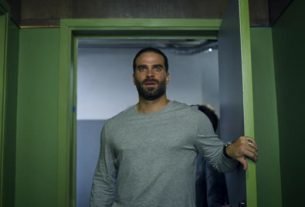 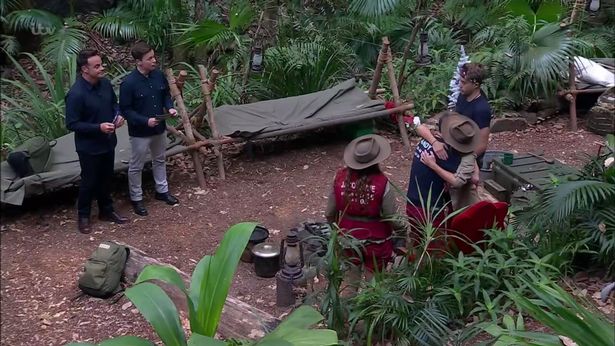