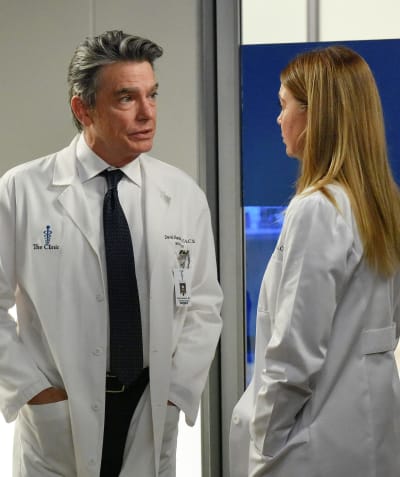 Well, bear with a girl, as she doesn’t even know what to say.

They presented us with another one of those Station 19 crossovers, and this time, there was a continuation from one series to the next. Still, overall, it made Grey’s Anatomy Season 18 Episode 5 feel incredibly disturbingly and frustratingly disjointed.

Hell, one could even say that the way events played out throughout this hour was disrespectful to both sets of fans and those of us who regularly watch both series.

The Grey’s universe insists on these crossovers, and it’s such a headache sometimes when they have yet to handle them well and in a way that works best for both series.

It’s as if they fail to grasp how a crossover should work, and what happens more often than not is that it leads fans of one or both series aggravated. Many viewers don’t want to watch both series. They should have that option without teasing a crossover that rarely fits the bill.

The few times they come close to doing a crossover justice, it’s something like this, where a beloved character from one show dies on the other. We’ve seen this three times now with Ripley, DeLuca, and now Dean Miller, and my God, every last one of them deserved freaking better than that.

Fans of Station 19 had to get confirmation that Dean died from Grey’s Anatomy, and all the emotional turmoil from his passing got sandwiched in between shit like Tom’s reappearance, Hayes and Megan, Amelia and Bartley, and Mer and Nick flirting, and Owen’s PTSD getting triggered. 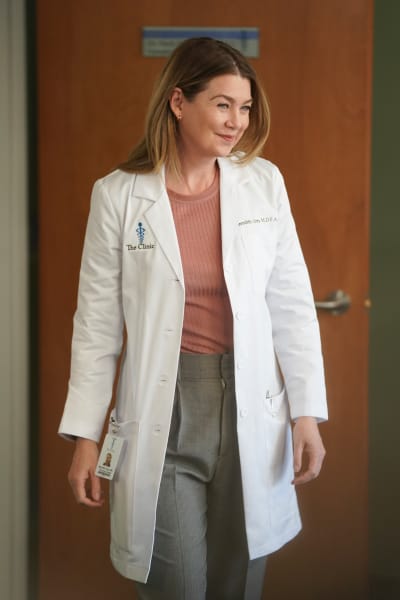 The hour was all over the place with storylines that had such vastly different tones, at some point, I dissociated from everything happening in the hour in pure disbelief.

For viewers who don’t watch Station 19 or have any investment in Miller, the hour expected them to feel devastated by this loss that, more or less, got treated like a footnote in the installment.

No sirens, no rush. There’s a dead person in there.

For those who followed Station 19 and loved him, Dean’s death was a gosh damn footnote on Grey’s Anatomy.

Jack, Dean’s best friend, vanished after the ambulance. Andy didn’t get much screentime to process after she was the one most in denial about him passing away. 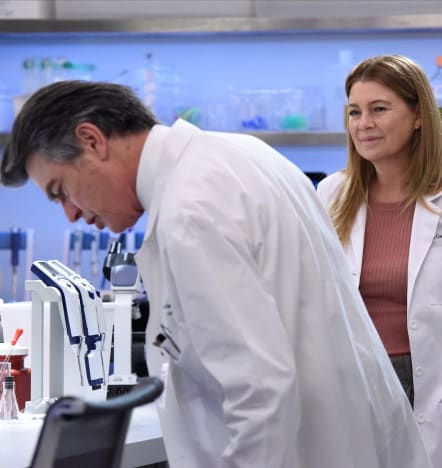 They didn’t even have the decency of showing us the scene of Travis giving Vic the news.

Instead, we were subjected to her heart-stopping when the doctors rushed into the room, and we were left wondering if Vic uttering Sloan’s infamous line about telling people you love him on his death bed would be a sign that they’d pull some Lexie/Mark bullshit and kill Vic off, too.

And for those unfamiliar, yes, Vic is that same woman who lost her fiance Ripley in the hospital, then randomly started dating Jackson, and now has lost another love of her life and best friend in the hospital.

The series pointing out that she’s experienced insurmountable loss to the point of ridiculousness does not, in fact, make rehashing similar storylines with the same character any less absurd.

Dean Miller was relocating, so there was no reason other than to emotionally manipulate more tears out of viewers and shock value for killing him off like this. Oh, and yes, to give us this storyline with Bailey and Ben assuming custody of his daughter five seconds after he died. 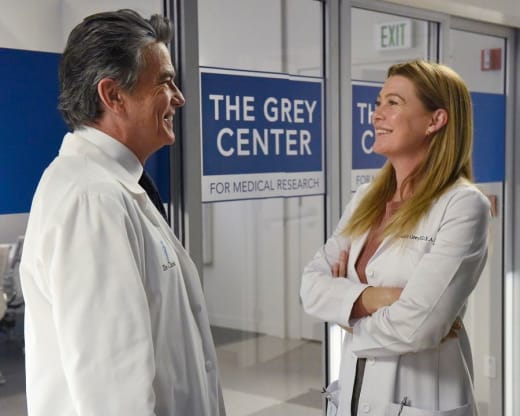 Due to the lack of continuity between the two series, I had no idea Bailey didn’t know about Warren’s agreement with Dean.

No sirens, no rush. There’s a dead person in there.

It was insane of him to take for granted nothing would happen to Dean when they’re all firefighters, and their lives are always on the line. Hell, Dean has almost gotten killed three times in the last two seasons.

But it was also insensitive as hell to never consider how Bailey would feel about taking in a young child after her miscarriage. It’s frustrating that there is no space whatsoever for Bailey to deal with this awful thing that happened to her, and it’s been inconsistent. 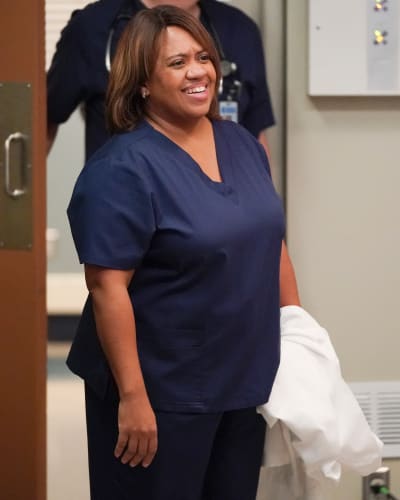 But worse yet, Bailey had every right to feel as she does about Prue. It’s not about her not wanting this sweet little girl, but if she held her, took her home, and treated her as her own and Prue’s wealthy grandparents enter the picture and want to take her away, it will destroy Bailey. It’d break her heart.

Somewhere in the consciousness, it was precious seeing Bailey hug Prue. She looked like a mini-version of her, which made the scene all the cuter if one didn’t think about how she’s an orphan and we never saw her informed about her father.

It felt wrong that Jo dismissed Bailey’s valid reservations about Prue, and Ben was beaming when he saw his wife hug the girl, but he still has a lot to answer for in how this all went down.

And are we not supposed to think that the only reason they killed Dean instead of letting him move as intended was so Bailey could get the little girl she wanted and to give Vic more heartache? 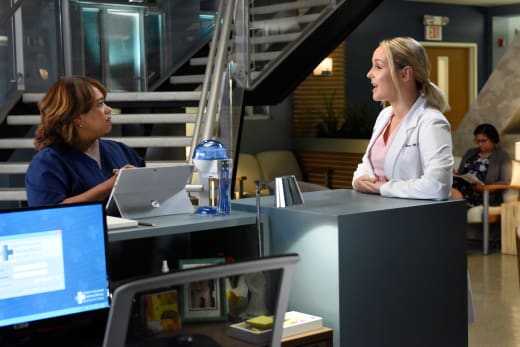 The situation prompted some weird scenes with Levi and the new woman, and of course, Jo thinking about who would raise Luna if something happened to her.

The answer to that was as plain as day, but I guess we can appreciate the cute Jo and Link scene anyway.

Hell, he’ll have better luck raising kids than he has in his relationship with Amelia, which is officially over, I guess?

It’s stupefying that the strongest pairing on this series in years somehow ended up estranged like this in the most contrived way imaginable as if the point was to explore this storyline with Amelia and Bartley. 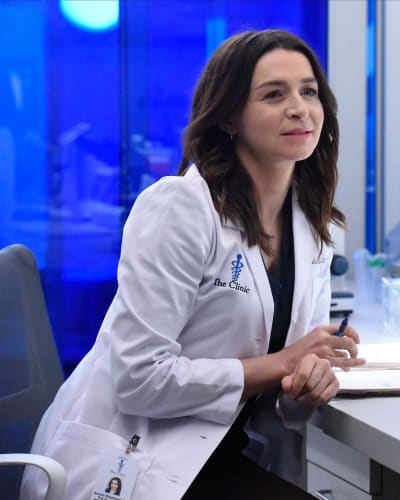 It feels like they sped through the fall of Amelink so fast it barely registered that they were over and threw her right into this flirtation with Bartley. It’s offensive, only in the sense that it comes across as if Amelia simply stopped feeling anything for Link at all and moved on before she even told him they were over for good.

She’s had zero reaction or heartache over ending things with him. All we’ve gotten is her flirting with Bartley as if she didn’t have any attachments two seconds ago.

One of the best things about Koracick returning is that he has no filter and dives right into things. He picked up on the chemistry between Amelia and Bartley, and he didn’t hesitate to ask her about her family.

Nevertheless, the chemistry between Amelia and Bartley sizzles and setting aside the irritation with everything with Link and how we got here, their flirting is cute. Bartley is an interesting character, and it’ll be cool to see more of them. It’s only a matter of time before they and Amelia take things to another level, yes? 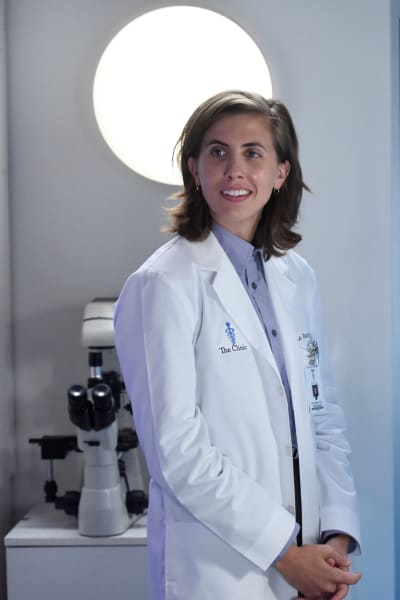 Koracick had some history with Bartley, and they kept with the usual theme of everyone hating him for one thing or another. Bartley didn’t Tom, and David loathed him for sleeping with his daughter.

And yeah, that sounded like something Tom would do, so fair enough.

Kai: So you’re not married, but Koracick said happy little family.
Amelia: I have a beautiful son, and my son has a beautiful dad, but I am single. You?
Kai: I’m married to this lab.

David is not an ideal patient, and he makes things difficult to navigate when he micromanages and has all of this control over things. It was lost on me why Mer had to consult Nick about David, but it led to the two of them sharing a sweet kiss on a rooftop overlooking the city, so who can complain about that?

Meanwhile, Mer’s ex, of sorts, was back in Seattle operating with Winston on Farouk. 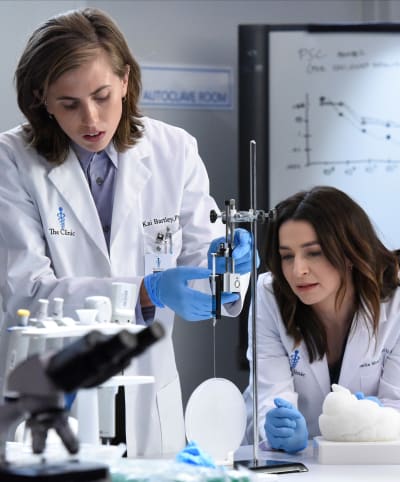 The show is definitely headed somewhere with Megan and Hayes, and we got a bit of them flirting as well. Also, he knew how to connect with her and calm her nerves during Farouk’s surgery. It also sounds like the two of them have been spending time together outside of work.

Farouk’s surgery was touch and go for a bit, but fortunately, he survived.

Megan almost lost it at the thought of him succumbing to his condition, though, and you felt for her. It was only Megan and Farouk for a while. She struggled to let anyone else in or close to her. It makes you wonder if that factored into her breakup with Riggs.

She needed to remember that she has a supportive family now, and she doesn’t have to go at it alone. Teddy and Owen reassuring her of that made for a lovely scene for their family. 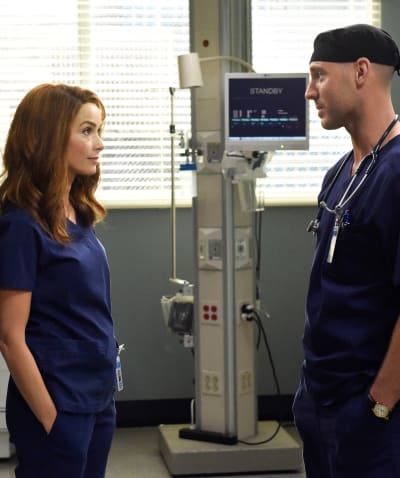 The veteran storyline was arguably the strongest and most compelling one of the hour. While it aligned well with the celebration of Veterans Day, it sucked that it ended up in this particular installment.

The pipeline explosion triggered not only Owen’s PTSD but many of the veterans who came into the hospital as part of his program. But he chose to distract them by putting them to work. Unfortunately, we didn’t get to see any of them in that capacity because of everything else happening in this hour.

I, we, we are your family, you and Farouk never have to do this alone again, ever.

It’s a storyline that deserved an installment of its own where it was the primary or secondary plot, not one more thing crammed into an overstuff hour.

Kevin McKidd killed it yet again, as he typically does, with a powerful performance, but it got lost in everything else. And it left one wondering what Owen’s PTSD journey has been. Teddy knew what was happening with him, and she kept checking on him. 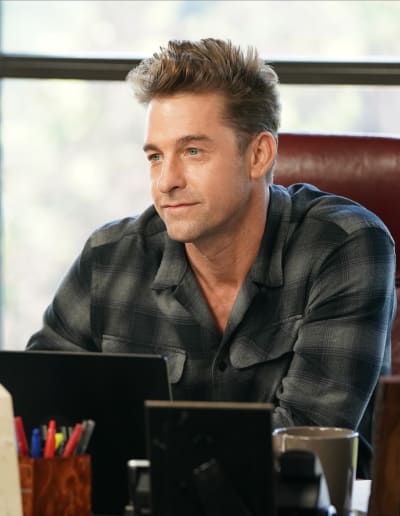 He mentioned that, despite getting triggered, he was working through it because, like her, he had the tools they needed from therapy. Except, when the hell have either of them gone to treatment extensively? Is that something that happened offscreen or pre-series?

It would be infinitely more profound if they dedicated time to these PTSD arcs and showcased how it’s something that people work through every single day instead of trotting it out once every blue moon.

Now, we’re to believe that Owen has all of these tools and resources and is the pinnacle of a person who handles his PTSD, and therefore, he’s devoted to teaching all of these other veterans how to do the same. 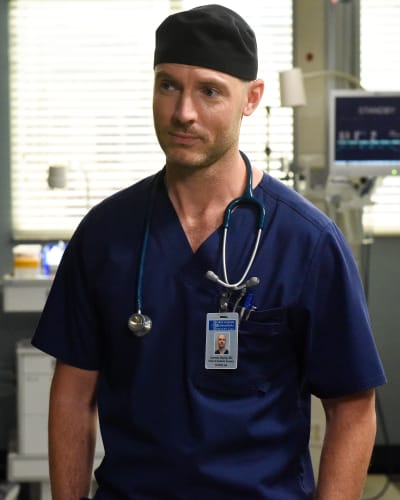 I love that for him, and his arc with Noah and the other veterans is one of his best in years. It just feels like they pulled this stable Owen, a man who notoriously is opposed to therapy, out of the blue for plot convenience.

Over to you, Grey’s Fanatics. Did you like Tom’s grand return? How do you feel about Amelia and Bartley’s flirtation? Are you upset about Dean? Hit the comments.

You can watch Grey’s Anatomy online here via TV Fanatic. 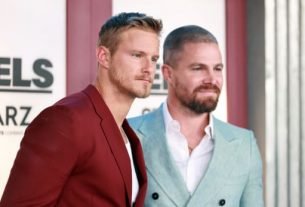