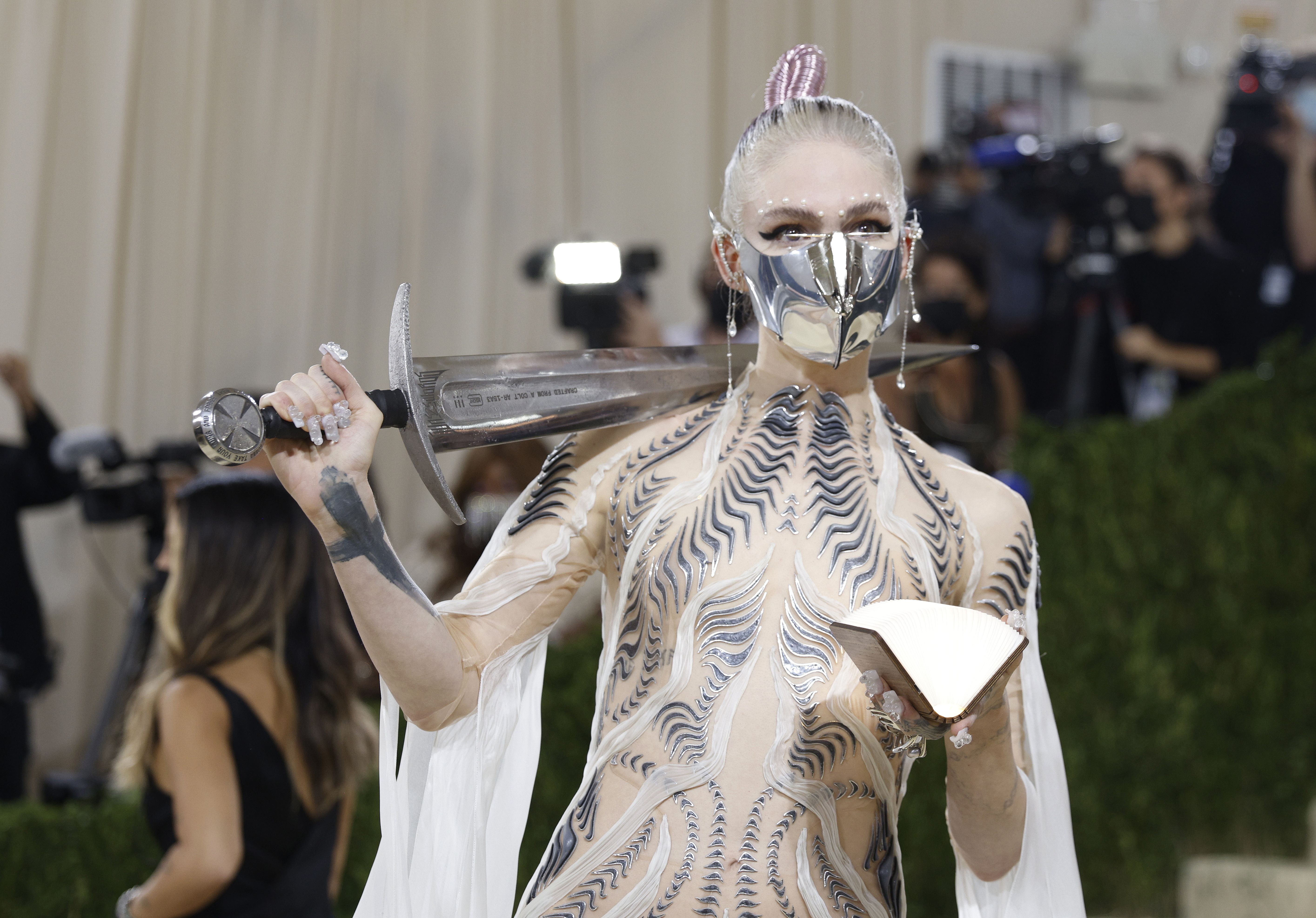 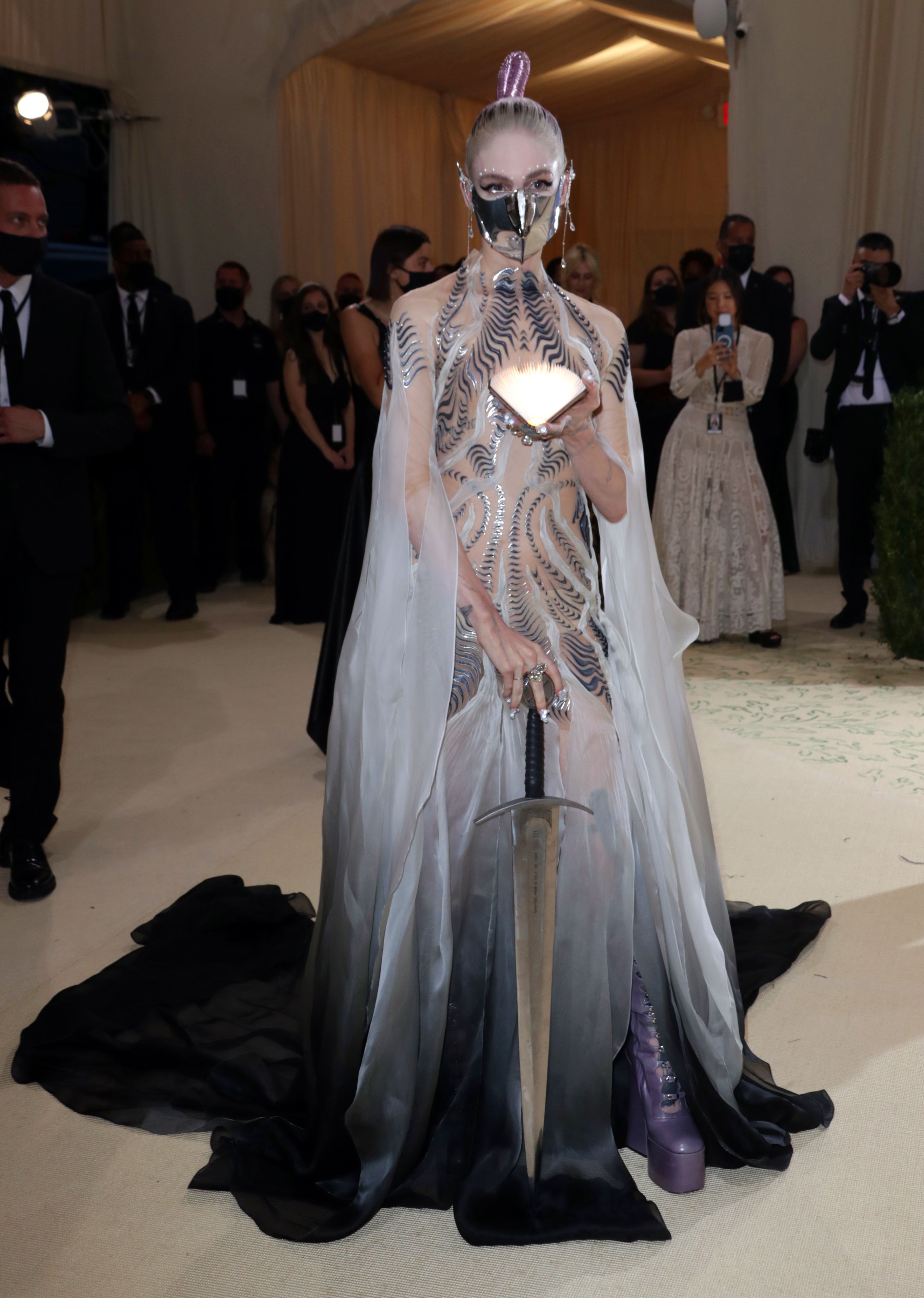 By Jamie Samhan. 8 hours ago

Grimes certainly turned heads with her futuristic look at the 2021 Met Gala.

Sticking with the theme of “In America: A Lexicon Of Fashion”, the Canadian singer went with a face shield, sword and detailed silver Iris van Herpen gown.

“[It’s] inspired by the movie ‘Dune’, which is not out yet but I’m just a fan,” Grimes told Vogue on the red carpet. “It’s an American author so it fits the theme that American people were involved in the making of it.”

In a separate interview with Vogue, she added, “Iris has been one of our favourites. I just feel a kinship to women behind the computer. She is a technologist, you know? And I feel like she’s always been on another level. Like, to me she’s kind of got an argument for being the current era McQueen or something, she’s pushing the boundaries in a way that I don’t know if anyone is actually competing with her? We had offers to go with bigger people, but… the first thing she sent through, we were like, this is f**king fire.”

Grimes also explained how her sword came about.

“It’s from these people who are getting people’s [guns] who don’t want to have their automatic rifles anymore, and are melting them down and making them perfect replicas of medieval swords, which I think is just so cool—I think it’s a beautiful thing,” she revealed.

And while she lives in the U.S. with Elon Musk now, Grimes is proud of her Canadian roots.

Adding, “I’ll always be a part of Canadian fashion, actually Canadian fashion is sick, especially the artificial kind. But I love America, I know you’re not supposed to say that but I think everyone who cares about art comes here and all the best art in the world is here so please let me have my green card, President Biden.” 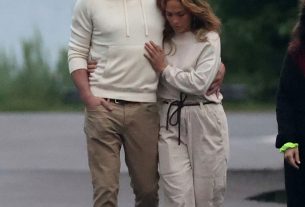 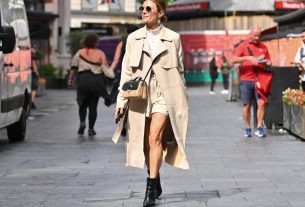