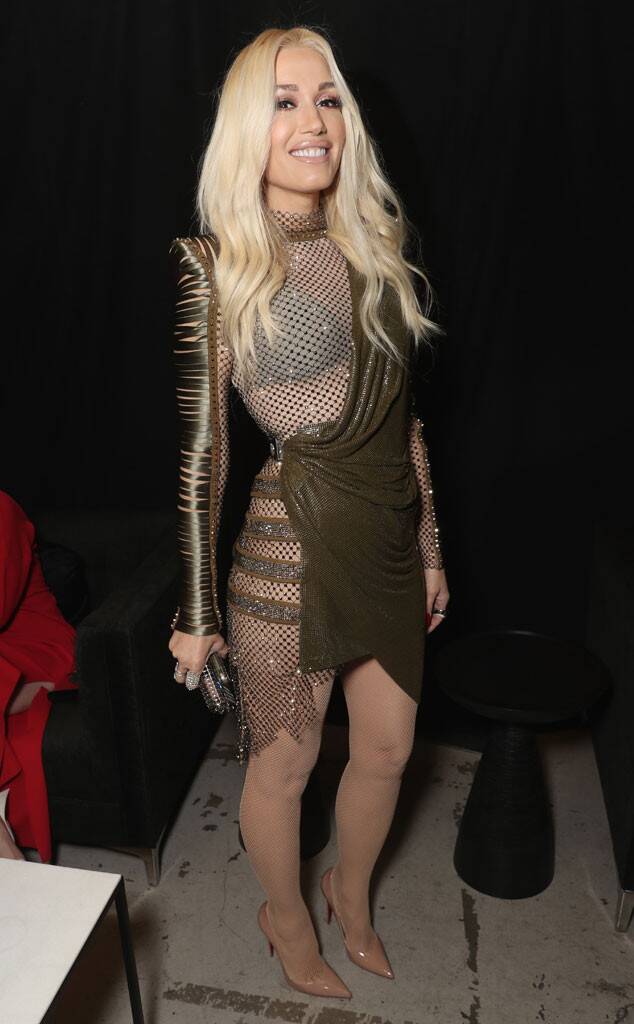 There’s no doubt about it: Gwen Stefani is the most fashionable star out there!

The multi-platinum recording artist will be honored at the 2019 E! People’s Choice Awards for her sartorial style as the recipient of this year’s Fashion Icon Award. Stefani is the second to receive the award in its history after Victoria Beckham took home the prize in 2018.

On Tuesday, E! announced the Grammy-winner as the one to be presented with the honor, which will occur during the live broadcast of the People’s Choice Awards on Sunday, Nov. 10 from 9pm to 11pm ET/PT.

“It’s an incredible honor to receive this year’s Fashion Icon Award at the E!’s People’s Choice Awards,” said Stefani. “As an artist, musician and entrepreneur, fashion has always served as a creative outlet for me to express my personality and music. I am so grateful to receive this award and continue to be inspired by those who stand apart and embrace their unique style and individuality.”

Additionally, Stefani told E! News exclusively of the honor (which you can watch above), “Honestly, it’s bizarre, it’s crazy! It makes me think back to Anaheim and just looking through Vogue magazine and thinking, ‘Oh, those girls, that’s not real. I’ll never get my hands on those clothes. I’m just going to go to the thrift store and make my own clothes’…To get to this point where I’m getting an award for fashion, it’s kind of surreal.”

Stefani first rose to prominence as a musician as the frontwoman for No Doubt before breaking out on her solo singing career. Between both musical forays, she’s scooped up awards at the Grammys, MTV Video Music Awards, Billboard Awards and more, the celebrity has been a mainstay on the award stage and has always done so in style.

“She has effortlessly evolved her success in music to fashion and beauty launching numerous popular lifestyle brands, and for all her many accomplishments we’re proud to name her our 2019 ‘E! People’s Choice Award’ Fashion Icon honoree.”

Stefani’s L.A.M.B. line broke out to mainstream success with multiple shows at the iconic New York Fashion Week. Stefani also sported her high-fashion designs to shows like the MTV Video Music Awards in 2014 and stars like Cameron DiazSophia Bush and Paris Hilton have been spotted wearing pieces from her line.

With Stefani’s offerings brilliantly mixing modern, aspirational glamour with wearable, fashion-forward streetwear, it’s no surprise that her brands have amassed a combined $ 1 billion in retail sales, solidifying that the “Hollaback Girl” artist has made her mark on the industry.

We continue to see the performer’s swoon-worthy style regularly as Stefani currently serves as a coach on the four-time Emmy Award-winning competition program The Voice, which is also up for The Competition Show of 2019 at this year’s PCAs.

“Any time you get nominated for anything it’s really magical,” Stefani shared in an exclusive interview with E! News. “But, just to be here again, for me, my mind is blown. It’s so fun being on the show. Everyone is so nice and funny and it’s just a family and it’s magical.”

To see if her show brings home the trophy, and also to catch whatever head-turning number she wears to the ceremony, be sure to tune into the live award show on Sunday, Nov. 10.

There is still time to vote for your favorites by heading to the official PCAs site. With 43 competitive categories across movies, TV, music and pop culture, you’re certain to see one of your faves end up thanking their fans and taking home the trophy.

Check out our exclusive interview with Gwen above to hear her reaction to being the E! PCAs Fashion Icon!

Amanda Bynes Shows Off Her Fiancé One Day After Engagement Announcement