Sparks are clearly flying for Hailee Steinfeld and Niall Horan.

The singers took their romance out in the open on Wednesday when they were spotted by photographers sharing a kiss and walking arm in arm—in coordinating white T-shirts, denim and white sneakers, no less! The snaps seal months-long speculation that the two have been an item.

The pair definitely didn’t shy away from the PDA as they made a Target run together. “They couldn’t keep their hands [or] eyes off of each other,” a source described to E! News. “Very sweet together.” The two returned with a humidifier and bottles of water. The items could be for either singer’s vocal cords since Steinfeld has been touring with Charlie Puth as the opening act on his Voicenotes tour since July and Horan has been on his own world tour since March.

It currently seems they’re not so worried about showing affection in public because they were also snapped in a liplock a day earlier during a trip to Disneyland with friends—and there was no shortage of cuddling, hugs and kisses between them.

While neither star has weighed in on their relationship, it was back in March that a source told E! News, “It’s true that Hailee and Niall are dating, but at this point it’s still pretty casual.” Well, it seems the pair has evolved from casual to the L-word.

Steinfeld told an audience in July that she fell in love for the first time. “For the longest time, part of me was like this is not love, it’s falling and it’s great, but it’s definitely not love. I’m fine. I’m fine. This person could leave tomorrow and I’d be fine and then I realized no, I wouldn’t. This is love. This is love.”

Romance rumors between these two first sparked in February, when they spent President’s Day weekend in Las Vegas attending a Backstreet Boysconcert together at Planet Hollywood Resort and Casino.

At the time, a source confirmed to E! News that the duo hit up XS Nightclub after the show, where they sat together at a stage table with a few friends and enjoyed Diplo‘s set.

Plus, the One Directionalum shared a pretty adorable birthday post in honor of Steinfeld back in December 2017. While it seemed like a friendly gesture at the time, perhaps it was the beginning of something even sweeter.

“Happy birthday to the loveliest person on the planet and one of my best friends @haileesteinfeld,” he shared online. “Love ya hails.”

All together now: awwww! 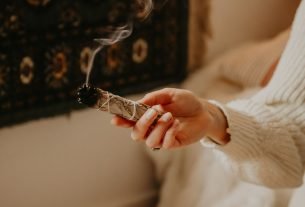 Navigating the Emotional Rollercoaster of the Coronavirus Crisis