Featuring on new single Eastside, with Benny Blanco and Khalid, the song follows a relationship that is battling adult problems.

Since Halsey confirmed her break-up with rapper G-Eazy, the pair have stayed quiet behind the reason of the split.

But Halsey’s latest verse gives a hint into her personal life and suggests that the reason behind their separation is pressure from building their careers.

NEW SONG: The star has just featured on Eastside with Benny Blanco and Khalid

“Now we got pressure for taking our life more seriously.”

In the verse, she sings: “Seventeen and we got a dream to have a family, a house and everything in between.

“And then, oh, suddenly we turned twenty-three, now we got pressure for taking our life more seriously.

“Now I’m thinking back to when I was young, back to the day when I was falling in love.”

The star then sings with Khalid: “My love is yours if you’re willing to take it. Give me your heart ’cause I ain’t gonna break it.

“Start a new life, together in a different place.”

POST BREAK-UP: As a singer-songwriter, Halsey often tells-all in her tracks

With the implications that work could be the reason that the pair have ended, Halsey said in her break-up announcement that she would be focusing on her music.

The star has been working on new tracks after her last tell-all album which was about a toxic relationship before she started dating G.

Following a Romeo and Juliet theme to highlight the repercussions of her toxic love, the Now Or Never singer revealed her deepest secrets in the tracks.

It’s likely that her next album will shed light on her break-up with the US rapper, but speculation has already begun regarding their split.

STRIPPING BARE: Halsey has been flaunting her assets in sultry selfies

Weeks before the pair made their split public, Daily Star Online obtained flirty messages from rapper G-Eazy – where he revealed his penis size while asking for a dirty snap.

He wrote: “Damn… you got some ass on you shorty… let me see that front though.”

The pair are yet to comment on the true reason behind their split. 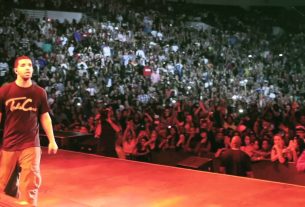 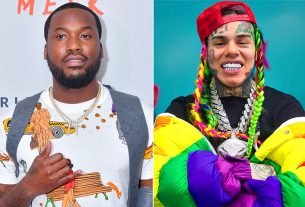 Meek Mill Wants to ‘Crush’ 6ix9ine for the Culture