Hannah Brown hasn’t yet spoken to Jed Wyatt’s ex-girlfriend, but they could definitely find some things to talk about.

In last night’s The Bachelorette finale, we watched Hannah grill Jed, post-engagement, over his alleged ex-girlfriend. Jed claimed she wasn’t his girlfriend, despite the fact that they had slept together, gone on vacation together, he had said he loved her, and he had sent multiple texts that made their relationship pretty clear to anyone aside from Jed, but Hannah didn’t relent. She ended the engagement, and later ended the relationship completely.

We also saw her call out the People article that debuted an interview with Haley Stevens, the girlfriend/non-girlfriend in question, who revealed she and Jed had been dating for four months. In an interview with E! News this morning, Hannah said she hadn’t yet spoken to Haley, but she has some hopes for her.

Even after all the pain Hannah’s been through this season, and especially after the season, while learning about Jed’s betrayal, she does think it happened for a reason.

“I do feel like this was in my plan, and even though I sometimes don’t understand why I had to go through some of the pain that I’ve been through the past few months, I learned a lot, and had to really look at some of my patterns right with my own eyes and make the decision that would be really hard for anybody to end what you thought was going to be forever, but I learned so much about who I am and what I define as love, and love myself and know my worth, and it was really, I think, a huge moment for me to be able to step away from that relationship, and know my strength from that, so I think it was all supposed to be in this way.”

So would Hannah come back for another round of The Bachelorette? She can’t answer that just yet.

“That is a little soon for me to even think about,” she says. “I want to be a a normal—as normal as I can actually be—person and just really continue to process the crazy ride that I was just on, but I will always be thankful for having this opportunity and will love my Bachelor family. But as far as that, I can’t really think about that just yet.”

Hit play above for more from Hannah! 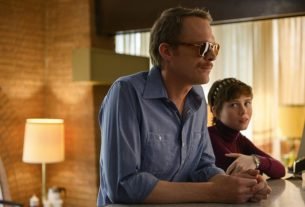 What’s Coming to Amazon in November 2020

Bill Maher Trashes Stan Lee, He Made Adults Stupid and Is Responsible for Trump