The Jungle King thought he was on to a winner in his playing days when he was offered a colour TV from a bloke in an East End café for £110.

But the telly turned out to just be a screen and a box with nothing inside it!

The I’m A Celebrity winner, 71, revealed: “Our quest for a colour TV belongs in an episode of Only Fools And Horses.

“He must have recognised me from the West Ham team and knew I might have a bit of spare cash. He said: ‘Harry, do you fancy buying a colour television?’ “He explained that he had a couple to sell – we didn’t ask too many questions about how and why – but he needed to let them go as a pair because he wanted them off his hands.

“This bloke was a good salesman and told us this was a top-of-the-range piece of equipment, well in advance of most of the sets you would find in the shops. We should have smelled a rat.”

Harry called an engineer who was “mystified” after not getting a flicker out of the screen.

The football legend added: “In the end, he went round the back and unscrewed the panel. There was nothing inside. Not so much as a loose screw.

“We had been done, good and proper.” 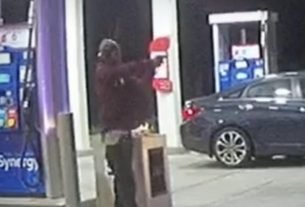