Hayden Panettiere ﻿came oh so close to getting hitched a second time … at least, that’s the way her new boyfriend made it appear to some unsuspecting bar bystanders.

We obtained this video of Hayden’s bf, Brian Hickerson, getting down on one knee … and it’s hilarious.

Brian and HP were hanging at Rock & Reilly’s on the Sunset Strip recently when, according to witnesses, he shouted, ”Everyone shut the F up! I’m about to propose to my girlfriend.”

Sure enough, he assumed the position, and we’re told everyone thought they were about to see one of those classic rom-com moments. Then it got weird. Check out the video … Brian definitely proposed. Just to the wrong person. Hey, at least it was an actress, and Hayden cracked up.

Sources close to the couple tell us Hayden bet Brian he couldn’t make her laugh in 10 seconds. Brian even produced a ring — a paper one, but still. And yes, he won the bet.

When we last saw Brian out with Hayden — “saving” her from swarming paparazzi — he mocked the paps and kidded he was her “gay pool boy.”

As they say, chicks dig guys who make ’em laugh. 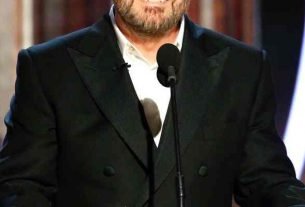