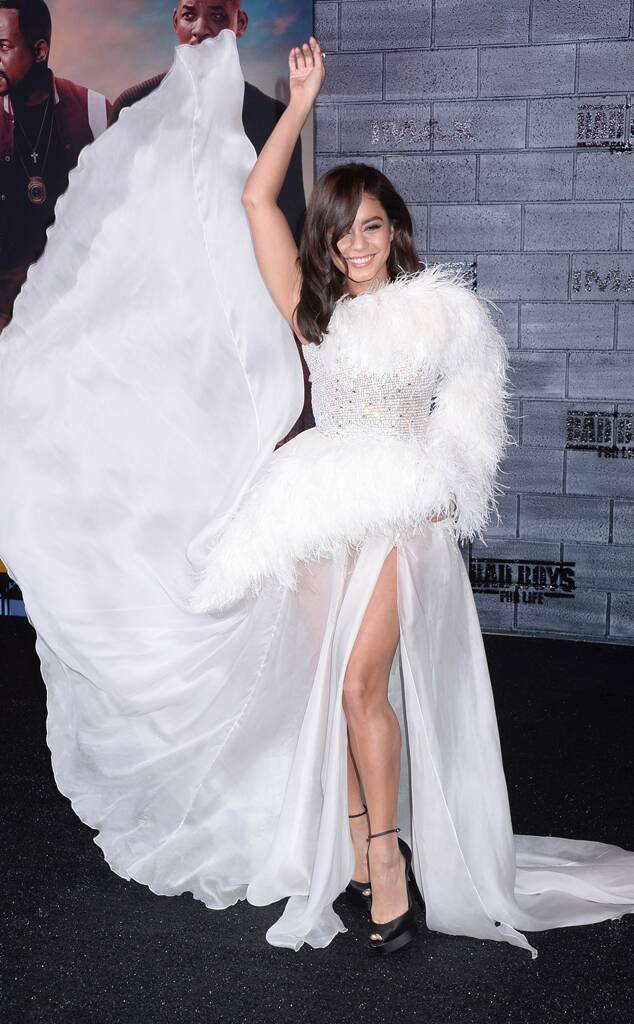 Vanessa Hudgens is breaking hearts… with her killer looks and sky-high confidence.

The Bad Boys for Life actress appears to be living her best life after breaking up with her longtime beau, Austin Butler. On Tuesday, fans of the celebrity duo were crushed to learn they called it quits after nearly nine years together. But despite the shocking news, it looks like Vanessa is already moving on and loving the single life.

Need proof? On Tuesday night, mere hours after making headlines over the split, the 31-year-old star lit up the red carpet at the Bad Boys for Life premiere with a white-hot gown that featured an explosion of feathers and jewels, a thigh-high slit and a billowing train.

She oozed with glamour in an Old Hollywood-inspired design, which she complemented with an equally dazzling beauty look. Hairstylist Chad Wood gave her voluminous waves that were reminiscent of female stars from the Golden Age of cinema.

Additionally, makeup artist Allan Avendaño gave her a soft glam look that included glitzy shadow, full false lashes, rose-colored lips and a glistening finish. She was certainly shining bright for all of the flashing lights flickering on the red carpet.

“So grateful for my team making me feel like the most extra diva,” Hudgens shared on Instagram, alongside a close-up photo of her hair and makeup.

In another Instagram upload, she a hilarious clip with Laura New and sister, Stella Hudgens. “Welcome to hudgens, hudgens and new,” the 31-year-old actress quipped, as she and her gals sipped on wine. “How can we help you? Loool.”

“Legit highlight,” Vanessa shared in another post on the ‘Gram, alongside a photo of her posing with Snoop Dogg at the Bad Boys for Life premiere. “And I went to the after party and sipped gin and juice. Laid back. Loooool”

Moreover, the Hollywood star took to her Instagram Stories to show highlights from the red carpet, in which she served bawdy and face. In one photo, she’s seen lifting up her dress to show its massive train. “I lived my best life lol,” she captioned the cheeky snapshot.

At this time, neither Vanessa or Austin have publicly commented on their breakup. And a source previously told E! News that it might not be the end for the two, as they’re “going to see what happens.”

“They have such a history and deep connection they could find their way back to one another,” the insider shared.

A separate source explained the reason for their split had to do with their busy schedules. “They’re just shooting on two different continents and it’s a matter of distance,” the second insider said. “There is no bad blood at all, and they have a lot of respect for each other.”

All in all, it’s clear Vanessa is feeling herself and we don’t blame her! 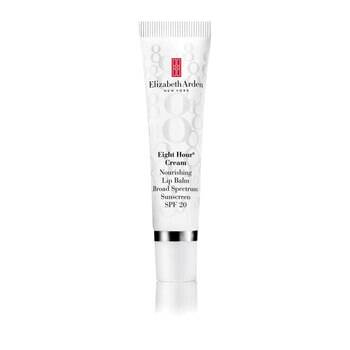