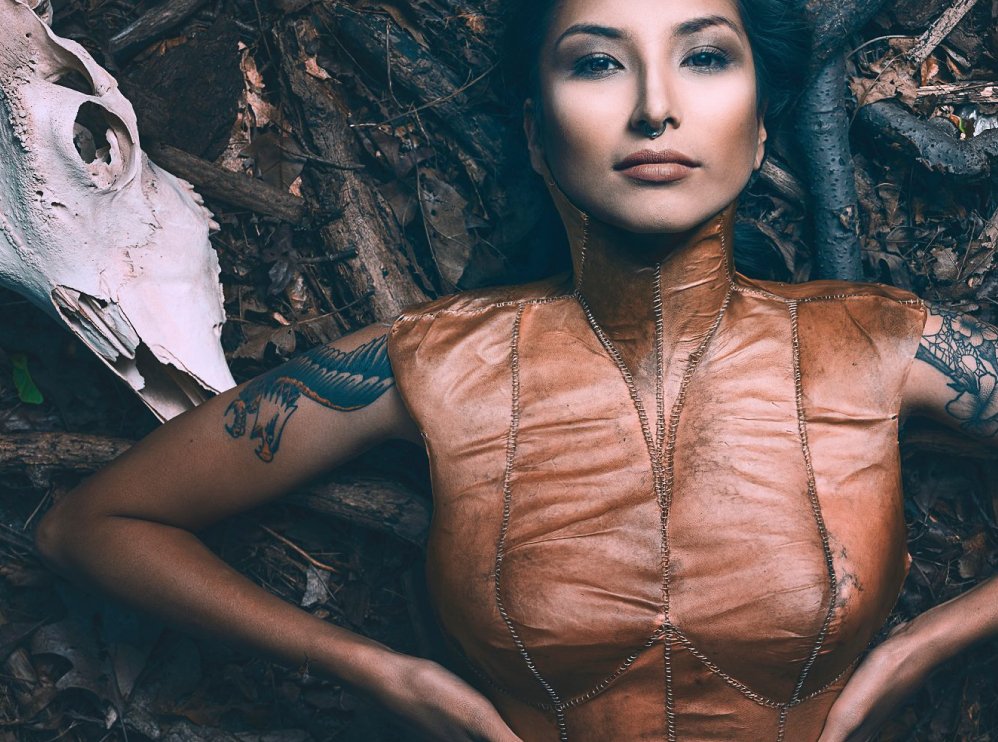 Indigenous creative Sage Paul is one of several Canada-based creatives who are involved in the new showcase.

Nearly one hundred years ago, the first Santa Fe Indian Market took place in New Mexico. And this month, the Market–which is sponsored by the Southwestern Association for Indian Arts (SWAIA)–has taken an enhanced online approach to highlighting the work of Indigenous talent across North America.

A final intimate fashion show and designer Q&A will be streamed on August 16th, and centres around a new capsule collection by Orlando Dugi. “He does really intricate beading,” says Bear Robe of Dugi’s complex designs, noting that he even ground up beetles to create the Cochineal Red hue that’s so important to Dugi’s Navajo culture. “He puts a lot of time and effort into his clothing,” she adds.

Attention to craft is prevalent in the work of all the creatives featured in SWAIA’s programming, and Paul expresses excitement at the potential for her to give a global audience a peek at her practice. “I don’t do commercial work, it’s more custom,” she says of her creations. “[And] I don’t always take these kinds of opportunities because my goal isn’t to sell clothing–I like to present it,” she adds, addressing how her digital presentation will give consumers an augmented sense of the labour involved in her artistic process. “Showing [an audience] the process of designing, drafting and building a piece–not many people get to see that,” she says.

Paul also says that being involved in the virtual Market allows her to be part of a larger community of Indigenous figures whose voices are gaining more traction thanks to the reach of social media and other online platforms. “The Market has been around forever, and it’s such an honour to be a part of it,” she says. “It’s such an incredible opportunity to show how fashion can be created here in North America.”

But Bear Robe’s sights are set on promoting more than the talent based on this continent as the Market continues on. “This is going to be the start,” she says of this inaugural foray into the virtual space. “I really want to build this into something larger and I have the support of the new director, Kim Peone, in this vision.” In addition to keeping the Market running year-round online, Bear Robe is focused on incorporating Indigenous perspectives from around the world in future projects, including designers from New Zealand who have been on her radar for a while.

This attention to broadening the scope of who participates in the Market speaks to a larger goal of those like Bear Robe and Paul, who have built careers in advocating for the support of Indigenous creatives who exemplify a rich range of practices that draw from traditional and contemporary influences. “Indigenous designers are following their own creative vision that may be grounded in their culture, but it’s not adhering to an expectation of what ‘Indian dress’ should look like,” Bear Robe says.

The Market’s platform facilitates the opportunity for consumers, both Indigenous and non-Indigenous, to gain insight into the diversity within communities who have for many years been “grouped into a pan-Indigenous context”, as Bear Robe notes. “I’m from Canada, and you never really hear much about SWAIA Market there,” she says. “But down here, it’s everything for Indigenous artists and designers. But it’s the same thing in the States–we don’t hear about Indigenous designers from Canada. There’s a disconnect, and I wonder why because it’s North America–we’re all from the same land. Before there were borders, Indigenous people were always moving and trading and exchanging ideas.” 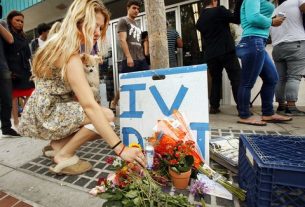