Holby City star Rosie Marcel, who plays iconic doc Jac Naylor, has confessed she’s desperate to join this year’s I’m A Celebrity… Get Me Out Of Here! line-up.

The 41-year-old soap actress had signed up for the ITV reality show last year, to join the likes of Georgia ‘Toff’ Toffolo and Hollyoaks‘ Jamie Lomas, but it didn’t go to plan.

But could we see Rosie catapulting into the jungle this year?

Speaking exclusively to Daily Star Online, Rosie spilled: “I went up for it last year and it didn’t pan out.

KEEN: Rosie Marcel wants to go on I’m a Celeb

“I would absolutely love to do it, I really, really would. I’m a bit of a wimp in real life but I love a challenge.

“I like to put myself out there and see what I can achieve.”

She said: “The last couple of years have been a big turning point, I had a breakdown almost two years ago and I’ve been working on myself with my therapy.

“Stress and depression… it’s very important that mental health issues are out there, so I’d want to go because I’d want to see what I can do.”

CHALLENGE: Rosie, 41, wants to go Down Under to see what she can achieve

SIREN: Rosie was in talk for doing I’m A Celeb last year

“I would absolutely love to do I’m A Celeb, I really, really would”

The Holby City legend, who’s been on the BBC medical drama for almost 13 years, reflected on the infamous Bushtucker Trials and eating nothing but rice and beans for days on end.

“That would be tough,”she told us.

Rosie also thought about the special meals that campmates are rewarded with for smashing their challenges.

She added: “I don’t drink, so I think watching everybody else enjoy a glass of red wine or something might send me over the edge.”

UP IN THE AIR: It remains to be seen as to whether Ant will host this year’s I’m A Celeb

I’m a Celeb has been hosted by national treasures Ant McPartlin and Declan Donnelly since it started back in 2002.

However, this year it remains to be seen as to if the Geordie duo will front the series together.

This comes after Ant, 41, was charged for a drink-driving offence earlier this year and sentenced to a driving ban and £86,000 fine.

I’m a Celeb is set to return later this year. 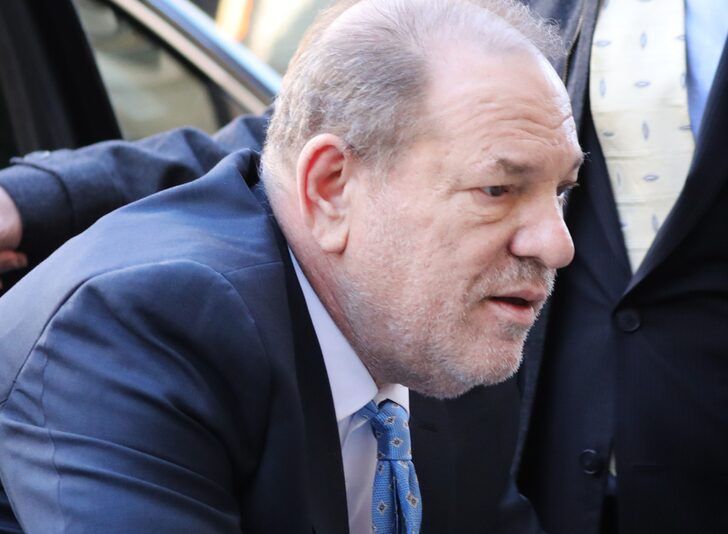 Harvey Weinstein Asks Court for Extension Due to Coronavirus Crisis