Stylist-turned-chef Gok Wan, 43, was on This Morning to whip up a tasty and quick noodle recipe.

But Gok may have unintentionally taken a swipe at Holly by branding her “simple”.

“This is actually for you, I’m going to call this dish ‘Holly Willoughby’s Noodles’,” he explained.

“It smells so good as well!” Holly said, as she and Phil laughed at the quip.

HOLLY’S NOODLES: Holly and Phil didn’t notice what Gok had said at first

And a third laughed: Gok just called @hollywills ‘super simple’ on This Morning…”

CLOSE: Holly and Gok appeared back on track by the end of the programme

Elsewhere, the Coronation Street cast appeared on the programme ahead of The British Soap Awards 2018.

And two brave Manchester Bombing survivors were given heartwarming gifts as it approaches the one-year anniversary of the horrific terror attack. 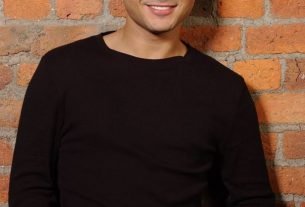