Holly Willoughby, 37, has joined the I’m A Celebrity… Get Me Out Of Here! team, replacing Ant McPartlin on the ITV show for the 2018 series.

Holly and Declan Donnelly will welcome 10 new campmates into the Australian jungle on Sunday 18 November, but have already given fans an insight into their on-screen chemistry.

ITV has shared a teaser clip of Holly and Dec presenting together ahead of launch night, and the mum of three looked amazing in a laid-back ensemble.

The This Morning presenter chose to wear a slogan t-shirt which featured a snake and the words “Cobra City” and “Stay Wild” emblazoned on the front.

I’M A CELEB: Holly and Dec take on presenting duties in the jungle (Pic: ITV)

Holly’s black and white top is from Maje Official and is currently available from Selfridges.

The Tobiane Cobra City cotton-jersey T-shirt costs £90.00 and comes in black with a white or purple print.

Holly finished off her look with a snakeskin patterned skirt.

The presenter’s ensemble is the second time Holly has given a glimpse into her jungle wardrobe.

Holly took to Instagram with the official promo image of her and Dec in Australia earlier in the week.

Holly teamed the look with a pair of black and white cowboy boots, and towered over her co-host as she placed her forearm on his shoulder.

However Holly’s look wasn’t cheap, as her jacket and skirt cost £780.00 together.

Holly’s stylist Angie Smith will be joining her in Australia, Angie is responsible for Holly’s daily This Morning looks and the stylist also dressed her for Dancing On Ice.

It’s likely that Angie will be behind most of Holly’s I’m A Celebrity looks. 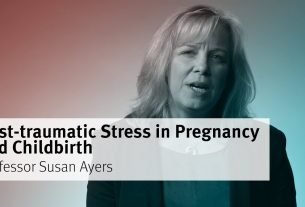 What Is a Traumatic Birth Experience? 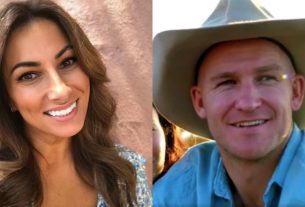 From a parenting blogger to a country sparky: Everything we know about the first Big Brother 2020 contestants.