STARS: Richard Gere and Helen McCrory will film in London and Spain this summer

The Hollywood legend has signed up to star in a new BBC drama as self-made media boss Max.

Richard is famed for roles in classic films including Pretty Woman and American Gigolo. He said: “It’s been almost 30 years since I worked in television.

“I’m so pleased to be working now with the BBC on this extraordinary eight-hour project with such talented people and which resonates so much to the time we live in.”

Beeb chiefs last night admitted they are “thrilled” they have got Richard on board for the project.

The show’s creator and writer Tom Rob Smith said: “Telling this story was always going to depend upon gathering an extraordinary cast.

“Richard Gere has starred in some of the most famous movies of all time. His roles are iconic and complex.”

Executive producer Hilary Salmon said: “When we embarked on casting this show we didn’t dare dream of the quality and status of cast we now have in place.”

She said: “Tom Rob Smith has written the most astonishing script – it’s completely original and full of surprises.”

A host of telly favourites will reveal their favourite comedy moments.

Bob Mortimer, Johnny Vegas and Paul Whitehouse are among the star names who’ve already signed up for the new series, which will air on Gold later this year.

It will be hosted by Sally Phillips, who earned her stripes on Channel 4 show Smack The Pony.

She said: “Sketch comedy holds a dear place in my heart and I’m looking forward to discussing it with my guests across this exciting new series.”

Johnny Vegas is back on GOLD

“We are really looking forward to sharing the hilarious results of each guest’s journey through their favourite sketches.”

Other stars to sign up include Jessica Hynes, Jason Manford and Sue Perkins.

GLOW: Netflix series about women’s pro-wrestling circuit to return to the screens

Here’s a glimpse of the new episodes of the Netflix series based around the women’s pro-wrestling circuit – and the action is escalating.

The sneak peek is a big hint there will be plenty of rivalries this time around… along with some dodgy 80s outfits.

A Netflix spokesman said: “As Ruth and Debbie settle into the day-to-day of making a season of TV together, they confront lingering issues at the heart of their friendship.

“Sam is still Sam, but now he has a teenage daughter living with him and 20 episodes to churn out.”

For more on the series, available to stream from June 29, head to netflix.com/glow

E4 is on the hunt for new contestants to live as rivals on two desert islands.

Executive producer Neale Simpson said: “These incredible islands are waiting to welcome the next generation of Tigers and Sharks.

“Shipwrecked has always been known for its richly diverse and remarkable characters.

“We can’t wait to meet the new islanders bringing hedonism, heroism, heart and hilarity to our paradise island adventure.” 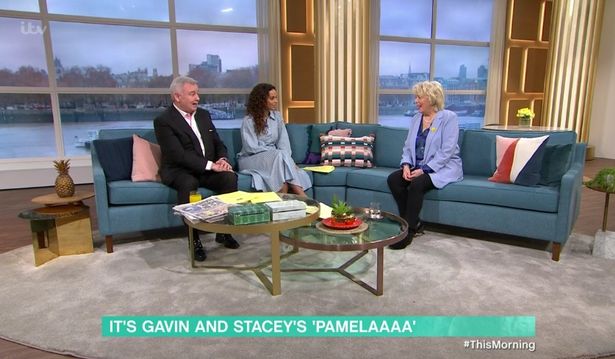