More than five decades later, Mary Poppins has come back into our lives—along with all of her signature style.

It’s been over half a century since Julie Andrews first brought P.L. Travers‘ British nanny to life on the big screen and now, Disney is introducing the beloved character to a brand new generation in Mary Poppins Returns. With the help of Emily Blunt, the sole star enlisted for the one-of-a-kind role, Mary will be flying into theaters across the country on Wednesday, picking up somewhere along the lines of where she left off all those years ago.

Set in 1930s London two decades after she bid farewell to the Banks family, Mary makes her unexpected return to now-adult siblings Michael and Jane Banks. Considering the time change and a new actress, fans of the first film wondered what the story’s star would look like all these years later. Even for three-time Oscar-winning costume designer Sandy Powell, Mary’s original look was unforgettable.

“Of course I remembered the original film because it was the first film that I ever saw,” Powell told E! News. “I didn’t remember it in minute detail, but there are certain images that are sort of burnt onto your brain as a child that stays with you forever.”

However, with director Rob Marshall at the helm, the 2018 project wasn’t going to be a remake. “It was going to be different, but then we obviously had to allude to the first one in that it’s the same character,” Powell said. As such, the designer gave the original film another look.

“I just watched it [once] and let it sink in and didn’t really think about it terribly much apart from sort of studying what Mary Poppins wore and then I did a sort of updated 1930s version with the kind of things that she wore in the first one,” she explained. “When I look at the finished result, there is so much of it that is influenced and inspired by the first one.”

Those influences included Poppins’ well-known long coat and hat silhouette. “That’s the most important thing—it’s how we first see her,” Powell noted. While she kept both elements, Powell also refreshed the two in light of the ’30s era and modern film. While the first movie had Mary in a navy blue coat, Powell opted for a more vibrant blue and added stripes and a capelet for movement and a bit of fun. “I wanted to do our version,” she said.

In keeping with the time period, Powell also featured prints and geometric patterns on the garments and narrow-brimmed slanted hats. After all, Mary would have been one to keep up with the style trends. “I tried to make it look like she did,” the designer said. “Mary Poppins was vain and so, she would absolutely care about what she looked like…I think she [would have] definitely been up to date.”

She also stuck with a navy and red color scheme. “This is a film to appeal to children as well and children really do respond to bright color,” Powell added.

Still, some things remained simply Mary, like the robin that appears on her hat instead of the daisies in the first film. “I was thinking, ‘Well, I don’t want to have flowers and normally you have feathers or birds on a hat…it was just obvious it should be the robin.” As fans remember, Mary sings to a robin during the original “A Spoonful of Sugar” scene.

While Powell executed the creative vision for the costumes, she and Blunt “discussed every little bit of it along the way,” she said. “I think she wanted to look fashionable and chic and elegant.”

Though Mary is at the heart of the iconic story, the sequel introduces a few new characters, including Topsy, her eccentric cousin. Meryl Streep breathed life into the unique lady and her colorful, bohemian, fringed look, down to her earrings.

According to Powell, the screen legend requested tassel earrings, which lent well to a big dance number in the film.

“I think she wanted the movement because she didn’t have hair that moved,” the designer told E! News.

Beyond the characters old and new, Powell really got to flex her imagination when it came time for the costumes in the animated sequence, akin to the one in the first film. As Powell told E! News, the concept for those looks was “probably one of the first ideas I had for the film, even before what Mary Poppins was going to be wearing.”

That idea was to have the cast dressed in ensembles that appeared to be painted as part of the animated world. “As much as I loved the animated sequence in the original film and I also loved the clothes they were wearing…the actors sort of stood apart from the animation. It looked like they were standing in front of it, not part of it and I wanted to try and change that.”

With the help of an entire department of painters, the team got to work with the animators to determine the paint technique and texture that would best match with the style of the characters’ unique surroundings. Then, each white costume was hand-painted to look three-dimensional even if they were actually flat. According to Powell, each costume took roughly eight people a week to paint.

“It was an experiment and it was a risk and we didn’t know whether it would work,” Powell said. “I didn’t really have a plan B.” Of the estimated 440 costumes Powell and her team custom-made for the film, they are the ones she is most proud of—as well as Mary’s overall updated look.

As she put it, “I think we achieved an iconic look with that, which will be around for a long time.”

Check out the exclusive behind-the-scenes Disney video above for a close-up look at the film’s costumes. 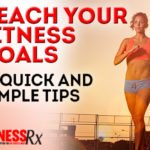