The British actor, 58, was reportedly walking around Rome with his wife Anna Elisabeth Eberstein, 40, when he stumbled upon Luisa Melara.

Luisa – the head of waste company AMA – had been filming a restaurant owner fly-tipping in the Italian capital.

In the clip, a female voice believed to be Anna’s asks: “Sorry? What were you doing? That’s nice. Stupid c****.”

Seconds later, a British voice thought to be Hugh’s says: “Hey, don’t put your foot out at my wife again.”

He then seems to put his hand in front of the camera before the video comes to an end.

Italian outlet Repubblica reports Hugh may have thought the waste worker was a journalist.

Ms Melar says she did not recognise the celebrity couple and that she put her foot out simply to let them know that they should not cross her path as she was filming.

She said: “Grant, who was behind me, reached over and took my phone.

“I said the same to him as a colleague explained that I was the president of Rome’s rubbish collection company.”

The Four Weddings and a Funeral actor married his long-term girlfriend in a ceremony in west London last year.

Daily Star Online has been unable to reach Hugh for comment. 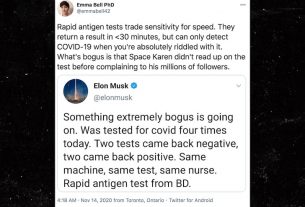