Welcome to I Tried It Month, where we’ll be publishing a new fashion, beauty, or wellness article every day that features a first-person account of shaking up an old habit, pushing beyond a comfort zone, or simply trying something new. Follow along for 31 days of storytelling, including everything from trying new beauty treatments to copying the most risqué runway looks of the season.

Growing up, my personal pot of gold at the end of the rainbow was a pair of American Apparel Disco Pants.

I was just entering middle school when the hipster era was taking hold across the United States. At the time, I remember most of my style inspiration coming from Lauren Conrad’s outfits on The Hills and images of cool British girls splashed across my Tumblr dashboard. I was 11 and nowhere near waif thin when I asked my parents to drive me 45 minutes to the nearest American Apparel so I could buy a pleated tennis skirt using my Christmas money. To no one’s surprise, under the harsh fluorescent lights and the loud hum of The Strokes playing over the speakers, the skirt didn’t fit. More than that, it didn’t even go up past my thighs in the brand’s largest size.

Although I’m older and far removed from the traumatic fitting-room experiences that defined my life in the late aughts, my many failed attempts to fit in with the hipster generation ruled by oversize muscle tanks and Jeffrey Campbell Lolita platforms all proved futile. I still had fun, though, in my own ways. What I couldn’t wear on my body I’d reblog on my Tumblr account to fill a void. Instead of parading around my eighth-grade graduation party in high-waisted windowpane-printed shorts and fishnet tights, I’d settle for the accessories to make my outfits feel whole. A pair of Dr. Martens boots and a skinny scarf later, I felt like I could somehow pass for Alexa Chung‘s look-alike. I don’t know who I was kidding, but it didn’t matter. I felt cool.

Like most chubby girls growing up throughout the late aughts and early 2010s, the internet was not a kind place to me. Although the divisive online vitriol that exists today wasn’t nearly as present in my life back then, fatphobia infected everything it touched on Tumblr. Just like the blinged-out Y2K aesthetic that came before it, indie sleaze and twee didn’t make an attempt to cater to people above a size 6, much less a size 12 (which, I should note, was the average size of an American woman at the time).

“I was on Tumblr, unfortunately,” Monique Black, a plus-size style content creator joked when talking to Who What Wear. The sentiment isn’t an uncommon one. Across social media, young women are emerging from the haze and becoming more conscious of the way the social media platform morphed their perceptions of self at a pivotal age. She was 17 and a self-described “manic pixie dream girl.”

Black used Tumblr as an anonymous outlet, reblogging photos of what was at the forefront of culture at the time. “I was very much ‘indie twee, Lana Del Rey vinyl, Cassie from Skins‘ coded,” she said. Growing up in the Midwest, there were limited options for Black to choose from that had her size, including American Apparel and Hot Topic. At the latter, Black would find larger-fit skater skirts with suspenders that she wore. At the former, she detailed an experience where she was able to snag an oversize T-shirt dress and wear it as a top. “I didn’t realize this wasn’t inclusive. I was just happy for something while my friends were carrying armfuls of stuff,” she said. Black told Who What Wear her style is reflective of the current indie twee resurgence, which she couldn’t participate in during high school due to sparse size ranges.

Now, as indie sleaze is having a resurgence nearly 15 years after the modern hipster movement hit the mainstream, expanded size ranges and accessible garments allow for everyone to participate. Although American Apparel skirts may not have fit me, 15 retailers have lined up to take their place, each offering a sliver of garment solace for my inner child. Tumblr provided teenagers with a list of hero pieces, most of which can still be bought today to achieve the nostalgic look.

With the rise of indie sleaze comes the gnawing, creeping thought in the back of everyone’s minds: Will the questionable body standards, racist perceptions of beauty, and dangerous attitudes come along with it? Hopefully not—we don’t need another generation of young women believing they’re not worthy just because clothing manufacturers refuse to make garments in their size. “The amount of accessibility right now is a result of capitalism rather an inclusion. They’re not expanding to champion inclusion or bigger sizes, but rather to get people to spend money,” Black explained.

As a challenge, I wore a week’s worth of Tumblr-famous outfits out with friends, on a date, and to work. Here are the styles that still, surprisingly, held up more than a decade and a half later.

Next, Everyone’s Wearing Underwear as Pants, so I Tried It for a Night Out in NYC 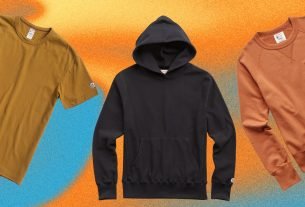