And it’s none other than film hunk and Luther star Idris Elba who is going to play the iconic role of Quasimodo.

Despite usually playing the hardman, Elba with star as disfigured bell-ringer in The Hunchback of Notre Dame Netflix re-boot.

Idris, who was at last weekend’s Royal Wedding, will also direct and produce music for the re-telling, which will be produced under his Green Door outfit.

Disney released its version of The Hunchback of Notre Dame in 1996 Disney.

MODERN RE-TELLING: The Hunchback of Notre Dame is being adapted for Netlfix

STARRING ROLE: Idris Elba will play Quasimodo as well as produce music for the adaption

This was adapted from a 1831 novel by Victor Hugo that follows Quasimodo, a hunchback, and his doomed romance with the Gypsy Esmeralda.

Michael Mitnick, scripter behind The Current War and The Giver, will pen the modern-day retelling.

Hunchback is 45-year-old Elba’s latest move into working behind the camera.

GLITTERING CAREER: Idris is known for appearing in hit film and TV series such as Luther

He made his directorial debut this year with Sundance drama Yardie.

Elba also created and will star and executive produce comedy Turn Up Charlie that was ordered straight-to-series by Netflix.

Idris is currently in cinemas starring as Heimdall in Avengers: Infinity War.

UK star Elba is also known for his DJ career.

In fact, it was even claimed that the London-born star was the DJ for Prince Harry and Meghan Markle’s recent wedding reception, which he attended with model fiancée Sabrina Dhowre.

You can’t find much of a bigger gig than that really, can you? 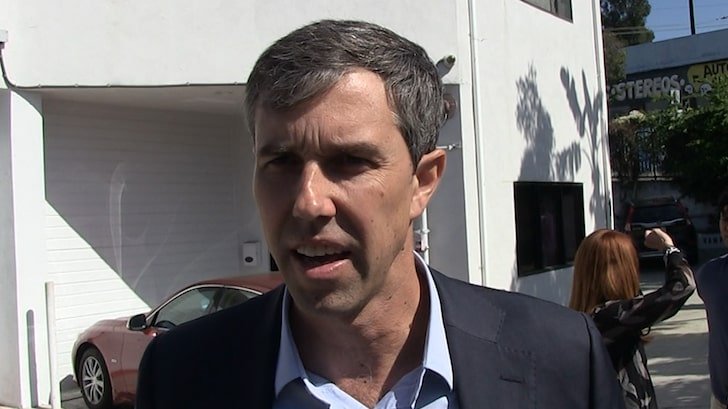 Beto O’Rourke Says Guns Alone are the Problem, Not Movies Like ‘Joker’