After Eminem dropped his recent track, Killshot, as a diss track to rival Machine Gun Kelly, he name dropped Iggy in the song.

The lyrics read: “You ain’t never made a list next to no Biggy, no Jay, next to Taylor Swift and that Iggy h*e.”

While some fans have praised him over the diss track, one person who was less than happy to hear the track was 28-year-old Iggy Azalea.

As she slammed the rapper on Twitter, she wrote: “Diss songs shouldn’t be filled with celebrity name drops to pad out lazy bars.

“I do think the name dropping has become a crotch”

“And that’s my unbiased opinion from a girl that watched this guys set and sung the words in the crowd. I’d think it regardless.

“One of the greatest to do it, I’m not in dispute about that.

“But I do think the name dropping has become a crotch.”

Iggy attempted to make it clear that she was still a fan of his music, explaining that she was in the crowd singing along to his tracks.

After receiving tonnes of backlash, Iggy cleared up what she was saying, adding: “Lets talk about why it’s lazy now, but wasn’t in the earlier work.

FAN: Iggy reveals she is a fan of the rapper (Pic: INSTAGRAM THENEWCLASSIC)

“The earlier stuff was crazy, twisted and creative.

“This stuff feels more like picking names that fit easily into a rhyme scheme.”

Although she received floods of angered Eminem fans in her messages, the blonde beauty stood by what she said without a care in the world.

Iggy often brings in attention with her booty-shaking and flesh flashing snaps, but the babe stepped out to defend herself after the slur.

Upon being dubbed a “h*e” in Eminem’s track, she made sure to discuss artists being taken down in the industry by other musicians.

Name dropping other artists has been a thing for rap artists for years – including Iggy.

Although she hasn’t used them in diss tracks, she often references other A-listers in her singles.

In her track Team, Iggy references Reggie Miller, Hans Zimmer and the Kardashians, with emphasis on Kylie.

Although Iggy shared her appreciation for the name dropping in Eminem’s old tracks, her complaint surrounded the lack of twisted creativity.

Eminem’s album has received a lot of backlash already because of the use of homophobic slurs – something which the rapper reportedly regrets. 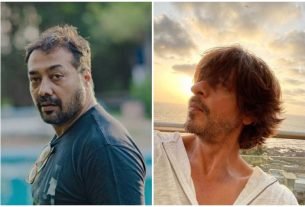