The I’m A Celebrity… Get Me Out Of Here! star was probed to talk about the sick abuse Scarlett Moffatt, 28, has fallen victim to on social media.

Lorraine began: “You were really lovely to Scarlett because she’s had a rubbish time.

“That girl has been lambasted and you have sprung to her defence, I really like that.”

“I think that anyone who is ever horrible about her online… I just wish they would meet her.”

He continued: “She is the loveliest, hard-working, sweetest human being.

“A lot of people say horrible things from afar and they don’t really know those people.”

“She is the loveliest, hard-working, sweetest human being”

Scarlett was attacked by vicious trolls after she appeared on Love Island’s Aftersun back in July.

The faceless bullies commented on Scarlett’s weight, leaving her in tears.

At the time, she wrote: “I’m honestly ashamed of some people on here.

REALITY STARS: Joel and Scarlett met in the jungle back in 2016 (Pic: WENN)

“Hard to pretend I’m ok and be a good role model to others about how it’s ok to just [be] you when the comments from grown adults on here have resulted in me crying my eyes out! I hope you’re very proud of yourselves.”

Joel and Scarlett met in the I’m A Celeb jungle two years ago.

The funnyman landed second place, losing out to Scarlett who was crowned queen.

“My life changed so much since that moment,” Joel told Lorraine. “I’ve basically been on tour since then.”

Lorraine airs weekdays at 8:30am on ITV. 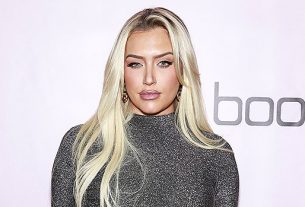