ComingSoon recently spoke with composer P. Andrew Willis about his score for the 2015 dark holiday comedy Uncle Nick from Chris Kasick Company’s/Dark Sky Films. The original music soundtrack has just been released and is now available on Amazon Music, Apple Music/iTunes, and Spotify. The soundtrack is also currently available on BandCamp.

Andrew’s composition for Uncle Nick had a huge impact on the overall feeling of the film. The sound of a film supports and enriches the plot, and allows the audience to feel immersed in the movie, and crafting unique sounds is exactly what Andrew does best.

Jeff Ames: What led you to become a composer?

P. Andrew Willis: I’ve always loved film and TV music since I was a kid watching Star Wars and The Planet of the Apes. Throughout my twenties, I performed, wrote, and recorded with bands and started developing a visual style, so it seemed natural to try moving into composing for films, and also a friend who’d gone to film school suggested it. I moved to Boston to attend Berklee, where I planned to study film scoring and Electronic Production and Design. After being there a year, I ended up meeting a working composer in town and we hit it off. I didn’t go back to Berklee because I was starting to work on projects with him and thought it was as good, or better, experience than music school would be at that point.

RELATED: Last Night in Soho Clip & Featurette Unveiled Ahead of Next Week’s Debut

What was it about Uncle Nick that made you want to work on it?

I hadn’t worked on many scripted projects at that point, and I’d never worked on a comedy, which I was very excited to try my hand at. I had familiarity with director Chris Kasick as we’d both previously worked on Errol Morris projects including First Person, Tabloid, and multiple commercials. Chris and I hit it off when talking about how he envisioned the music for Uncle Nick would work and he asked me to try composing a couple of cues. He loved what I did, so things moved forward from there.

What was the most challenging aspect of composing for Uncle Nick and how did you overcome that?

Chris and editor Kimberley Hassett had much of the film scored with temp music that they had been cutting to by the time I got involved, so replacing music that’s been in place for a while and the filmmakers are used to hearing and liking, without sounding like the temp, is always a challenge. But as I started coming up with my own thematic and instrumental palette, the music started to take on a life of its own.

The range of composing was also a challenge as the film went from irreverent comedy with scoring jokes and onscreen actions to dark and tragic – veering close to horror – as the characters start unraveling by the end of the film. There was also a parallel story within the film of the infamous Cleveland Indians 10¢ Beer Night that needed to have its own signature sound within the separate storyline but also still needed to relate to the main story’s score.

Do you have any fun, behind-the-scenes stories about the making of Uncle Nick?

I was in a transitional workspace while I was having my current studio space built out, so I was setting up to record the musicians in my living room and having to add ad-hoc treatments to get decent-sounding recordings for the score. It was kind of a mess drilling holes in the walls and ceilings to hang stuff, but I was so close to my other space being ready and the finishing schedule was so fluid that I wasn’t sure If I’d be able to move the sessions to another studio. In the end, it worked out – the recordings sounded great.

As I started coming up with sounds for the 10¢ Beer Night segments (told in Innings), I was trying to find things that paired well with the super slo-mo, black and white imagery of these vignettes. Spilling beer, close-up bubbles in a plastic cup, and dimes falling from the sky led me to using the steam radiators in my space as percussion instruments. They had a metallic, but muted and bubbly sort of sound when struck with various mallets that worked great to give pace to the Inning segments while adding a unique sonic signature to the slow-motion images.

What were some of the things you learned from Uncle Nick that you’re excited to apply to future endeavors?

I learned I have to always try to do my own thing and push myself to come up with new ideas. Take risks and try to come up with something new to me on every project, whether it be using an unusual instrument or orchestration, or using a production trick or weird old mic. Just try to keep it interesting for me and hopefully that’ll come through in the score.

Do you have any other projects coming up that you can share with us?

I’ve been working on honing my narrative film scoring skills and am finishing out the year scoring a couple of shorts by filmmaker Douglas Gordon. One is recently completed and will hit the festival circuit soon, and the second is slated to start editing in the next month or so. After that, I hope to be able to finish up a couple of albums I’ve been working on for what seems like forever. 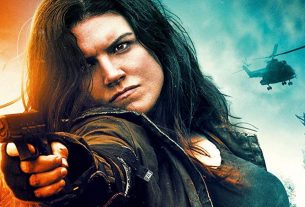 Gina Carano Is Making Her First Movie Since Disney Fired Her, So What’s It Really About? 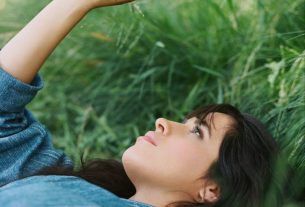 Camila Cabello and Shawn Mendes share their experiences of Fear, Anxiety and Self-Love with Calm