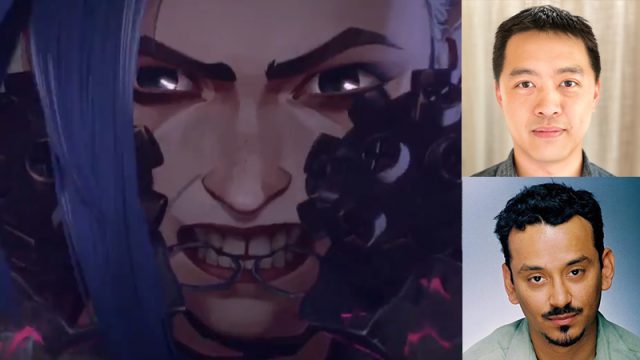 The animated series Arcane, which is about the origins of two iconic League of Legends champions, set in the utopian Piltover and the oppressed underground of Zaun, made its debut on Netflix today and ComingSoon was able to sit down with the show’s editors, Lawrence Gan and Ernesto Matamoros, to discuss the project.

Gan is an east coast native that moved to Los Angeles to pursue his Hollywood dreams. He has since worked on various television series and feature films at studios such as Warner Bros., Paramount, Disney, CBS and NBC. He directed the award-winning feature film Love Arcadia and edited his first animated feature MK Reloaded at the age of 26. Gan is best known for editing Space Jam 2.

A Los Angeles native, Matamoros began working professionally at the age of 18 as an editor on commercials, documentaries, and music videos. Matamoros was later hired as an editor for the DreamWorks television series Dragons: Defenders of Berk, (which he received his first Annie nomination “Best Editing in an Animated Television/ Broadcast Production”) and quickly began working on high profile projects such as Arcane, Alien X-Mas, Kahlil Gibran’s The Prophet, and the upcoming Lord of the West an Animated Feature produced by BASE Animation.

Jeff Ames: What led you to become editors?

Lawrence Gan: Editing is where the movie ultimately gets made. It’s when all the different parts finally come together to form what audiences will actually see on screen. And while this is true in live-action, this is even more the case in Animation where Editors are part of the story process right from the very beginning.

Ernesto Matamoros: As creatives, Lawrence and I were drawn to editing by this aspect. In animation, we have the opportunity to affect the film as early as script and story. This creative process continues as we shepherd the movie through the various stages of production, including talent voice recordings, animation, lighting, and sound design.

What was it about Arcane that made you want to work on it?

Gan: We’ve both worked on a great deal of animated projects. Everything from How to Train Your Dragon to Space Jam 2. And in all our years, we have never seen an animated show that challenges the animation medium in the way that Arcane does. It’s a show that doesn’t adhere to the traditional animation genre boundaries of family-friendly animation or adult comedy
animation. This is something else entirely.

Matamoros: The risks Arcane takes are like none we’ve ever experienced before. It feels like you’re watching an episode of Game of Thrones sometimes, just when you think you’ve got it figured out…Surprise! Now you’re crying.

Gan: I remember meeting Christian Linke for the first time while interviewing for the show. He had a profound vision and his passion was infectious. And then he showed me an early version of the Silco drowning scene. It was dark and poetic – nothing like the comical and frenetic energy of your usual animated cartoon. I was immediately hooked.

What was the most challenging aspect of Arcane and how did you overcome that?

Gan: The team at Arcane set out to redefine the medium in the sense of animation, video game television series, and Hollywood’s approach to serial animated shows as a whole. But we ultimately rose to the challenge because of the team’s dedication, talent, and belief that the value of the show was more than the sum of its parts.

Matamoros: Getting the story right was critical. Having the presence of mind and courage to see the challenges in the episodes and scrap ideas that didn’t serve themes or characters in fulfilling ways, was one of the primary focuses in story and editorial. Christian Linke and Alex Yee encouraged us all to voice creative ideas and opinions, it was a very collaborative environment that ran towards challenges as a team.

Do you have any fun, behind-the-scenes stories about the making of Arcane?

Gan: Ernesto and I love the team at Arcane. We’re all just a bunch of goofball geeks who want to make cool things and have fun while doing it. One of my favorite memories came about when Ernesto and I were making a BTS video for our holiday party that year. Under the guise of “we’re doing interviews for an Arcane Blu-ray special”, we went around recording interviews with all the members of the Arcane team, only to surprise everyone with a mockumentary re-edit of “Making A Murder: Arcane Edition.” Truths were revealed. Reputations were destroyed. And a murderer in the homicide of Balloonicorn, the Arcane Team Mascot, was implicated. That was a fun Christmas.

Matamoros: The title, if I recall, was actually “Making Arcane,” the intro was a cut for cut remake of the “Making A Murderer” Netflix documentary series intro. We never actually got around to making the originally requested video, since ours was much funnier. It was the gift that kept on giving.

Pretty wild what you can create with Photoshop and a bit of creative editing. In addition, the two of us always found it exciting when we got to go to France and work with the Fortiche team in person. We would play with fight choreography, staging, acting, story, you name it. It was a great bonding experience every time. Plus, they know their wine!

What were some of the things you learned from Arcane that you’re excited to apply to future endeavors?

Gan: Animation can be so much more than just family-friendly talking animals or late night adult animated sitcoms. It can be dramatic. It can be poignant. And it can reflect and comment on the human condition in ways that resonate with people of all walks and creeds.

Matamoros: You mean besides continuing to work with Lawrence? You’re only as strong as the team you build around you. It might sound obvious, but it isn’t until you’ve experienced a project where every member is a big gun that you really appreciate the importance of having the right people in place. It can really make the difference.

Do you have any other projects coming up that you can share with us?

Gan: Ernesto and I are currently developing three animated series as well as a live-action sci-fi project that we would love to find a home and see on screen. 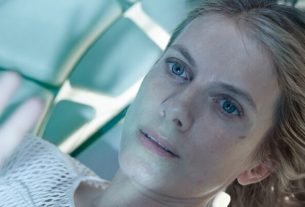