Any lobsterman worth his saltwater could tell you that a hoodie with jeans tucked into Muck Boots is a fail-safe outfit. Sure, the look makes a little less sense if you’re the artist formerly known as Kanye West and performing on stage at Rolling Loud—but then again, you never know what waters Ye is going to wade into.

While Ye’s long favored workwear—hardy denim, canvas Carhartt coats, combat boots, a Dickies jacket to the Met Gala—he’s been leaning into some increasingly aggro tactical footwear as of late. From his beloved Balenciaga Croc hybrid boots to the stubby Yeezy NSTLDs, he’s been rocking a silhouette that’s at once practical and cartoonish. (Quite literally: the Twittersphere can’t stop likening him to Spongebob, which is a comparison Ye…might even enjoy?) Two weeks ago, he wore what looked like a pair of woodland-camo Muck Boots to the Louis Vuitton menswear show honoring Abloh.

But in the last week, he’s traded in his Balenciaga galoshes for something a bit more all-weather: a pair of 17-inch tall, Vibram-soled Red Wing work safety boots.

He wore them on stage, pulled up over his Demna-engineered Free Hoover jeans, during his Amazon-sponsored benefit concert with Drake last Thursday, and then again while performing with Future at Rolling Loud in Los Angeles this past weekend, and finally to Tyler the Creator’s new Golf Le Fleur store in Malibu.

It’s unclear if Red Wing still makes this particular style; regardless, they’re tough to find online. If you’re in the market for a pair, maybe check your local army-navy store or outdoor gear shop. That’s what Ye himself would do, anyways. 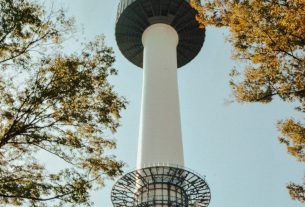 What Summer in South Korea Means to Me 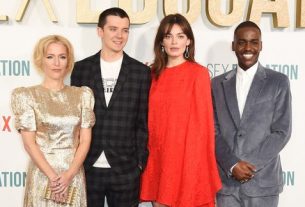