NOT INTERESTED: Jess is focusing on building her fashion empire

ITV bosses tried to convince her to return to TOWIE but she was not interested.

Jess said: “I was asked back. TOWIE is always there for me and it’s an amazing show.

But I don’t know if I’ll ever go back. Probably I won’t.

“I’ve got so much going on at this point and I’m a little older now. I’ve just moved house too.”

Jess is focusing on building her fashion empire.

She told us: “I’ve been working on my range for six years now and it’s going really well. I went to a premiere the other day and wore one of my own dresses. So I’m hoping it will continue doing well.”

MEITAL Dohan wants to give British comedy a rude awakening.

The Israel-born star has worked all over the world and is now ready to hit our shores.

And the beauty is hoping Channel 4 will revive Peep Show so she can star alongside Robert Webb and David Mitchell.

She said: “I’ve been in lots of TV shows and films around the globe, but I absolutely love British TV. There’s nothing like the sophisticated British dry humour. I would love to be in UK shows like Peep Show.”

Her latest project is the film Cabaret Maxime. 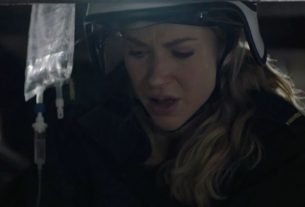