Two years ago I got obsessed with a sweater. That’s not surprising in itself since I tend to fetishize knitwear above all other things in my closet, but this particular sweater really got to me. It was from Gucci, and on the front in big red letters was the phrase “Never Marry A Mitford.” I wanted the sweater, but there was no way in hell I was going to pay Gucci prices for it, so I hatched a plan: I was going to make it myself. It seemed fair enough, since Gucci based its version off of the “comedy jumpers” made by the ​​11th Duke of Devonshire after he married the youngest, and one of the least-problematic, of the famous Mitford sisters. I’m obsessed with the Mitfords, and I was equally obsessed with the sweater, so I made it my mission to simply make my own with a vintage sweater I picked up on Ebay, a needle, and some thread. The results were…not great. I stopped trying to sew when all I got was what looked like I spelled out “Mevr” instead of “Never,” but I gave myself credit for at least trying.

I never got my sweater, but it turns out that I’m far from the only person who’s tried to make their own version of something they want, but can’t have. In Judi Rosen’s case, she just really wanted a tote bag with a psychedelic drug’s initials on it.

As Rosen tells me, she found a “tote inspired vintage purse, very ‘80s, at an upstate flea market.” She looked at the initials on it, DMJ, and a thought popped into her head: “It would be hilarious to pick the hook off the J and stitch a line across the top in order to read “DMT.” She started selling more totes like it—like THC and LSD—on her site under the name Dank Totes.

My copy of the Gucci copy and Rosen’s Dank Totes got me thinking about how there are a few kinds of collectible fashion memorabilia. There is actual merchandise—the type somebody makes and sells until it disappears and you have to scour vintage shops or resale sites in hopes of finding it. Then there’s the bootleg: this is a direct knock-off of an item, be it a Rolex that was made in a Staten Island garage or a pair of Off-White Jordans that are especially off that are created with the sole intention of duping people into believing they’re real. Somewhere between that lies what I like to call an “authentic bootleg,” or a bootleg of a product made out of a desire to see something out in the world. It can be a direct copy or your own reinterpretation; it can be for pleasure or profit. The specifics don’t really matter. The best style trends usually come up from a do-it-yourself mindset, and the authentic bootleg, as tricky as it might be to define, is a very DIY thing.

One of the big reasons the authentic bootleg can be so tough to explain is because, sometimes, it can even be two things at once. It can be Petrified Good putting an Apple computers patch on a vintage pair of Patagonia Baggies. It’s the writer Paul McCallion doing something not too far removed from Rosen’s Dank Totes: he used the L.L. Bean embroidery function to turn a simple backpack into a “Balenciaga” bag. Want the “You’ve Come a Long Way, Baby” Virginia Slims t-shirt Alana Haim wore in Licorice Pizza, but don’t have a time machine to take you back to 1975? Don’t worry, somebody made one. Everybody in NYC seems to have the OJM Ralph Lifshitz hat, but maybe you hoping to spend your bonus on a vintage Nike sweatshirt given out to the cast and crew on to celebrate the 100th episode of Seinfeld back in 1995, but couldn’t find one? Hopefully you subscribe to Blackbird Spyplane, because they made their own version a few months back and sold a limited number. Spend a little time online, and suddenly the entire internet feels like the parking lot outside a Grateful Dead show: everywhere you look, somebody is selling or making some kind of bootleg merch.

It can be any of those things, or, if you’re like James Khubiar, maybe you just want to see people have access to old band shirts that came and went out of print a few decades ago.

Khubiar is best-known as the guy behind the popular Instagram account Justified Arrogance. I count myself among the over 52,000 followers who probably came for the old pics of punk and hardcore bands, but I got obsessed with the shirts he was putting out, lots of names from my unsupervised childhood that I spent watching a lot of late-night MTV shows like Headbangers Ball and 120 Minutes, from Sub Pop era Nirvana to Type O Negative and the Jesus Lizard, Khubiar puts out shirts that I saw older kids wearing when I was 13 and hoped that someday I could own myself (and a Goodfellas shirt that LeBron James was also a fan of, to boot). The only issue is when I do find those actual vintage shirts, they cost about a month’s rent. And that Khubiar says, is why he does what he does, and likely why people are also so into bootlegging their own stuff.

“It’s about accessibility,” says Khubiar. He points to the onset of the modern bootlegging scene for shirts started around 2016. A decade earlier, you could find vintage band shirts for $30-50 a pop, but now if you find a shirt a band that was on Touch & Go Records sold in 1993, “they’re being sold for $1,000, and in that ridiculous price tag comes an opportunity for someone to step in and make that shirt so people who love the band can wear their shirts. Why should good style be a proposition for only the super rich? Bootlegging equalizes the playing field in an arena that historically wasn’t for rich people,” like punk.

But Khubiar is also getting at something that feels a little bigger than reproducing beloved old tees. “I think it’s just become a medium for designers and artists to explore their own practice on a new canvas,” he says of contemporary bootlegging. We live in a hyper-consumerist culture. It’s hard enough to feel like an individual with your own tastes and ideas in a world where everything is available online and cultures blend together online, but trying to make your creative expression stand out feels damn near impossible. Whether it’s on purpose or not, somebody Zazzle to make a hat with a word on it or putting out old band shirts or putting the initials ICP on a L.L. Bean bag because you think it’s funny is an individual expression. It’s taking something that already was, something that’s familiar, and making it yours. You want to see something, so you go ahead and make it yourself.

That was my initial thinking behind my failed Never Marry a Mitford sweater I tried, and failed to make. I had to accept that I just don’t have the skills to pull it off. But what I do have, and what I’ve utilized a lot lately, is a Zazzle account. I find myself playing around on it sometimes, making my own Authentic Bootlegs. I mostly make hats. I made one that’s simply the name of the writer Rachel Cusk on it and another that reads “Manhattan inc.,” a nod to the magazine of the same name that operated from 1984 to 1990, and that, if there is actual merch from back in its day, I’d cut a finger off for. Yet it’s my most simple creation, a white dad hat with the Yiddish word “Shmaltz” in blue letters, the font looks a little like the one you see on those classic Bloomingdale’s Big Brown Bags. 25 bucks and two weeks later, I had my hat. It sounds silly, but there are few things in my regular rotation that get people coming up to me and asking where I got it from. I tell them “Za-zalè” like it’s some fancy French company and walk away. I don’t tell them it’s an authentic bootleg; I just hope they try to find one, give up and then decide to make their own.

Let Tyler, the Creator Be Your Spiritual Shorts Guide 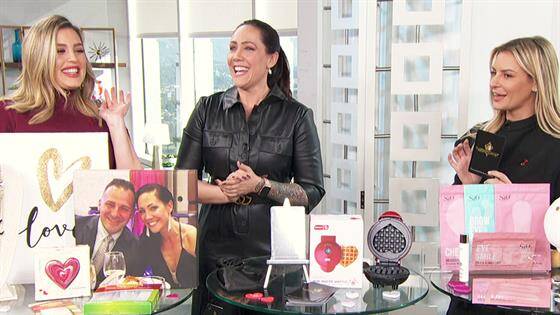