As far as Kanye West-designed footwear goes, the Air Yeezy 2 “Red October” is, at least from a collectability standpoint, easily the most covetable. Yes, the monochromatic scarlet finish is incredibly eye-pleasing, and the metallic gold lace tips nod at luxury. But the real draw is everything that surrounds the sneaker. It was the last Yeezy produced in collaboration with Nike before West moved on to Adidas, and it dropped online with no warning. That was back in 2014. Seven years later, Kanye West is officially Ye, Ye is officially a fashion-made billionaire, and Yeezys are officially everywhere. But the more things change, the more they stay the same: soon, one of West’s sleeper hit shoes—the Foam Runner—is dropping in a very October shade of red.

The Foam Runner got off to quite a polarizing start, and in some ways, it remains a divisive shoe. When it debuted a few years back, first on West’s kin and then via The Face, the Internet collectively dubbed it the Yeezy Croc. Fast forward to 2021, and the Foam Runner has earned a near-constant spot in Ye’s personal rotation, sells out every time it releases, and has been wholly embraced by noted cozy shoe lover Justin Bieber. Even post-divorce, Kim Kardashian still wears her pairs. When word broke that the shoe was being released in a scarlet red (officially dubbed the “Vermillion” colorway), and in October no less, the sneakerheads and Yeheads alike went wild. The shoe is set to drop on October 29, and if pre-release chatter is any indicator, it’s likely to be the most sought-after Foam Runner to date.

As of late, the artist formerly known as Kanye West has been on a bit of a red-tinted streak. He wore the color head-to-toe at one of his Donda stadium events, including the red puffy jacket he designed for Gap. The coat was then released online and quickly sold out. The “Vermillion” Foam Runner is just the next scarlet-colored Yeezy item to drop. While the shoe might not reach the rarefied status as the original “Red October” Yeezy (which tends to sell on the aftermarket for around $13,000 a pair), it’s lining up to be one of the most covetable Yeezy drops in recent memory. And for someone who releases too many sneakers a year to count, that is certainly saying something. 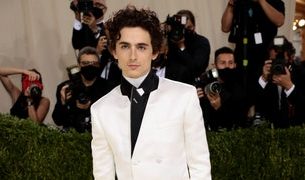 Met Gala 2021: The Best—and Wildest—Looks of the Night 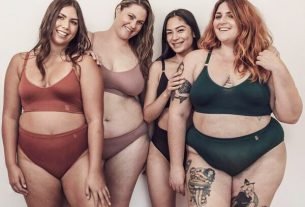 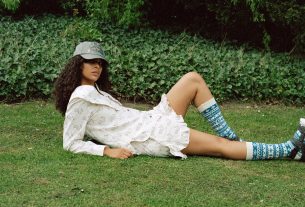