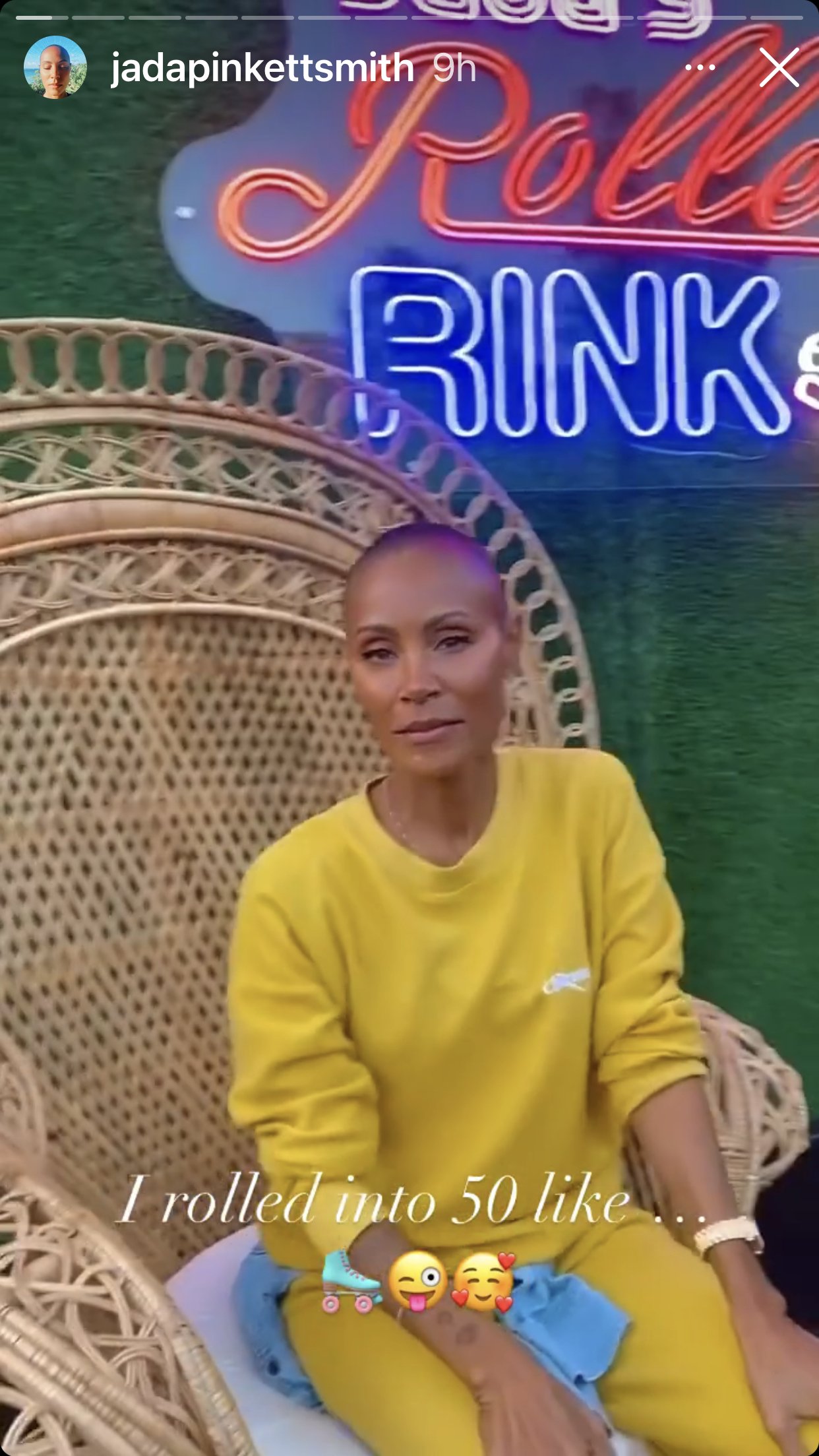 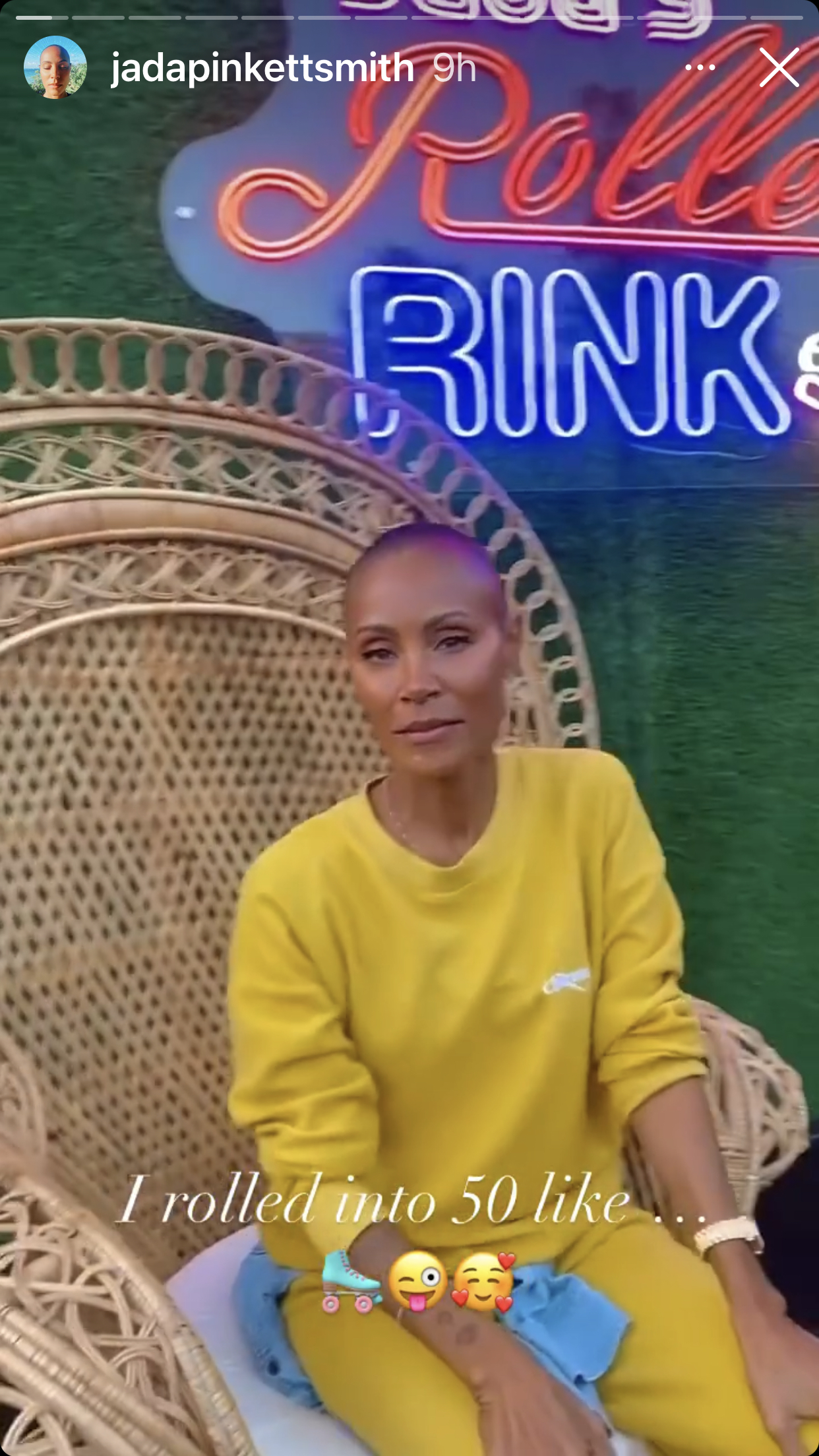 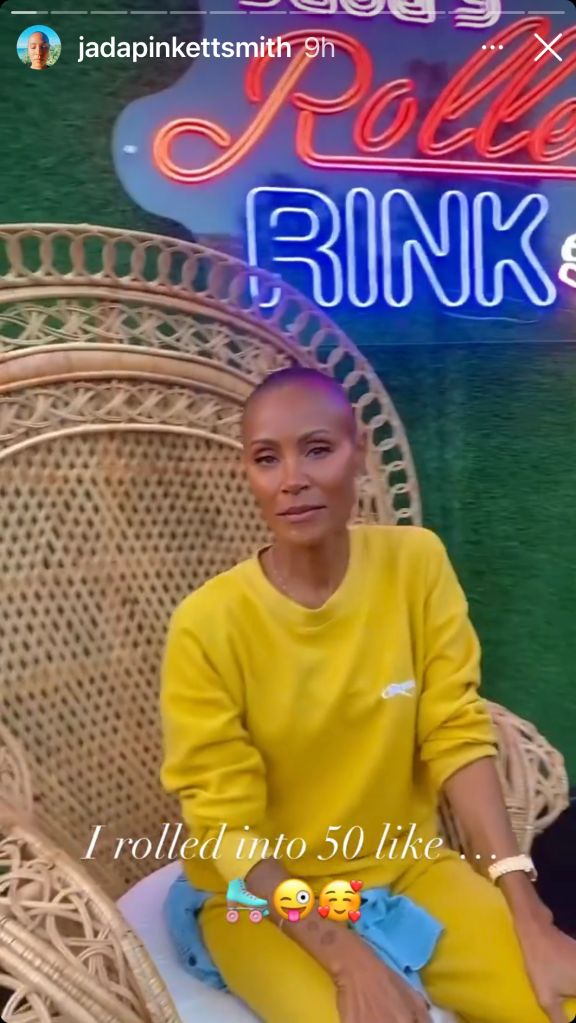 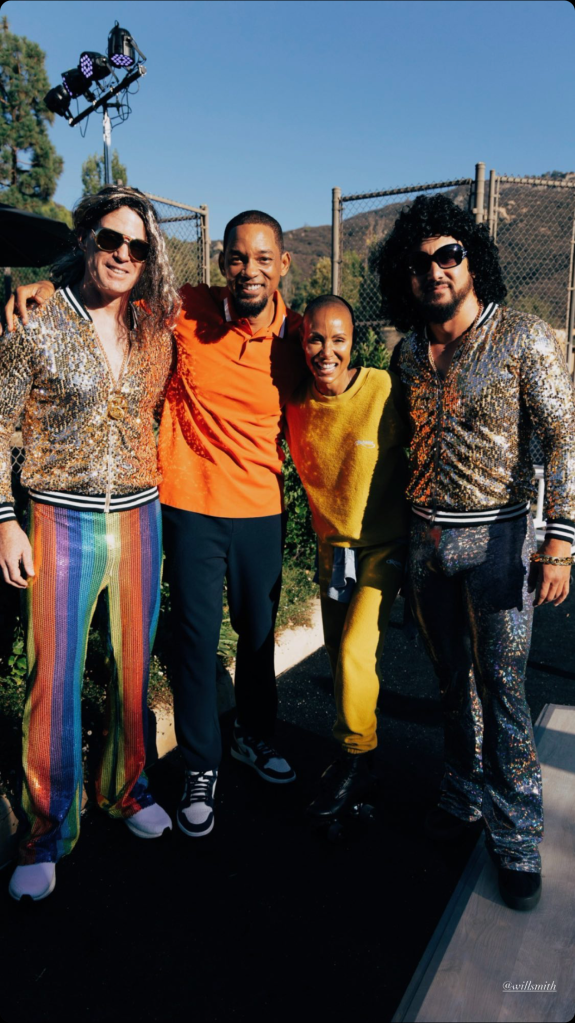 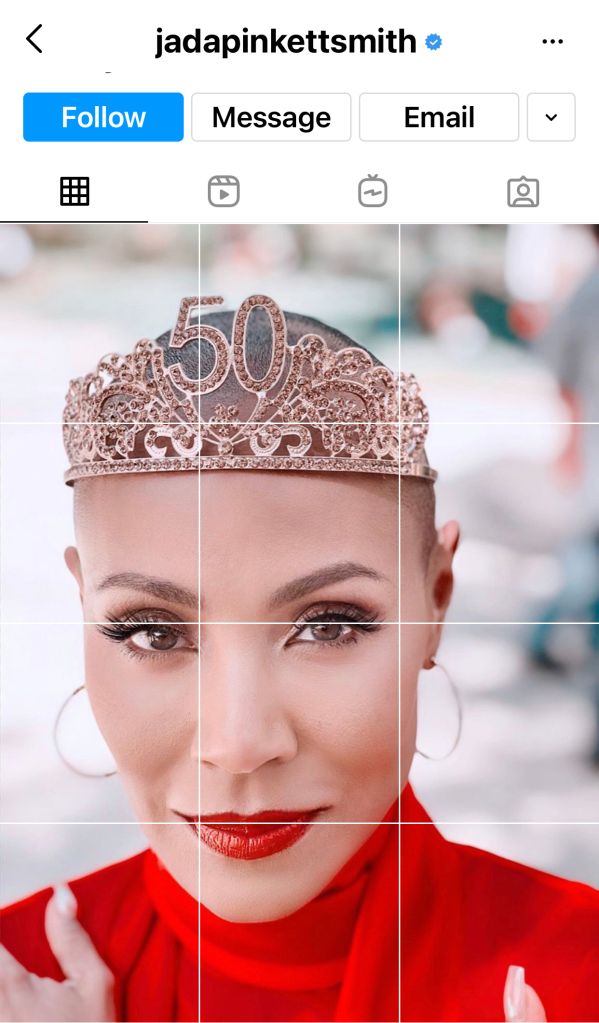 By ETCanada.com Staff. 7 hours ago

The actress and “Red Table Talk” host celebrated the big 5-0 with a lavish rollerskating party Friday night. Pinkett Smith posted photos and videos of the birthday bash on her Instagram story on Saturday. “I rolled into 50 like…” she captioned one of her Instagram story videos, showing her in a yellow sweatsuit vibing to music in front of a giant neon sign that read, “Jada’s Roller Rink.”

In another video showing her skating outside at night, she wrote, “I got to skate with Mother Moon last night for the first time in my life.”

Hubby Will Smith, son Jaden Smith and step-son Trey Smith were all in attendance along with Jordyn Woods, Lauren London and more. Jada’s daughter Willow Smith couldn’t attend as she was in Las Vegas performing at the Life Is Beautiful Festival.

Her daughter Willow Smith was absent due to her performance at the Life Is Beautiful Festival in Las Vegas.

RELATED: Jada Pinkett Smith Admits She ‘Passed Out’ On Set Of ‘The Nutty Professor’ After Taking A ‘Bad Batch Of Ecstasy’

Pinkett Smith’s birthday is also going to be celebrated on “Red Table Talk.”

The trailer also gives a sneak peak of a surprise Grammy-winning performer who shows up to sing “Happy Birthday” and leaves Pinkett Smith speechless.

Pinkett Smith recently spoke to PEOPLE about turning 50, saying she is “done with convincing people”

“That you’re smart enough, that you’re pretty enough, to convincing people that you’re worthy,” she expanded. “Coming into the last four years for me has really been about that transformation about coming to the self and having acceptance for the self and having to go through many different kinds of personal journeys; to come to that place of really grounding myself in that understanding.”

She added, “That’s been the most beautiful part of almost turning 50.”

To cap off her birthday celebrations, Pinkett Smith posted a collage on her Instagram, showing a picture of her wearing a 50th birthday crown. 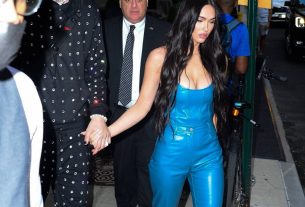 Megan Fox – Heading out in New York after attending the VMAs 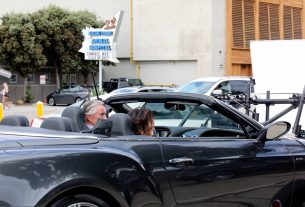