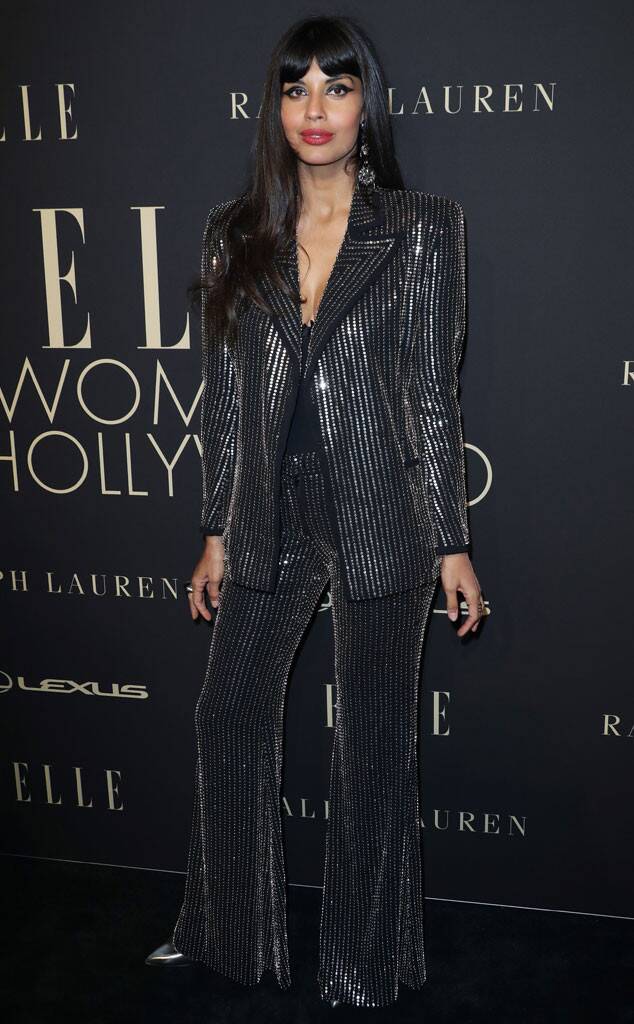 A war of words has unfolded between Jameela Jamil and Sara Sampaio.

A very public and passionate debate sparked between the Good Place actress and Victoria’s Secret model on Twitter late Tuesday after a particular tweet from Jamil. Over the weekend, the actress reacted to a tweeted clip of fuller figure models dancing on a runway. “Oh my god this looks like the most fun, and not a long-starved terrified teenager in sight,” Jamil tweeted in response. “Beautiful.”

Sampaio took notice of Jamil’s comment and called her out. “How about celebrating someone without bringing other people down?” she argued. “Calling runway models ‘long-starved terrified teenager’ is extremely offensive. From someone that is always preaching for body positivity this just screams hypocrisy.”

Jamil defended herself, explaining, “I didn’t say all models in my tweet so try to calm down. But I will say there is a *vast* majority issue with young girls starving themselves, and using drugs and cocaine to control their weight, to meet the very small sample sizes. If you don’t see that, then you are in a bubble.”

The actress further noted, “I also don’t preach ‘body positivity.’ I talk about moving away from all talk of body, in order to combat our current pervasive issue of eating disorder culture, which is in NO small way perpetuated by the extreme thinness demanded of girls by the high fashion powers that be.”

“You didn’t say all models, sure, but you still chose to attack girls just so you can celebrate others,” Sampaio retorted. “Eating disorders, drugs and cocaine use aren’t a exclusive problem of models, it’s a huge problem is society as a whole. And when you talk like you know for sure majority of…Have eating disorders and drug problems, when that’s not the case. And about modeling I can for sure talk with more certainty than you. Sure that happens but it’s for sure not a vast majority. The point of my tweet though, wasn’t that one! And you know!…It’s very simple to celebrate someone without having do drag other people. And make general negative assumptions about a whole group of people. most of these girls are teenagers! And they don’t deserved to be constantly put in a negative box like you just did.”

She added, “I can say for a fact, while some girls unfortunately might do drugs the majority actually doesn’t!” When a reader tried to clarify that Jamil was taking issue with industry standards rather than the models themselves, Sampaio reiterated, “All I point out was that she didn’t need to bring other people down to celebrate others!…My point is she felt the need of using derogative words towards the runway models she doesn’t like just to celebrate the runway models she likes And it was unecessary… I see people constantly doing that. And it’s not the way to do it.”

The model also took issue with the “bubble” comment, countering with, “You don’t know me, to say I Don’t know how to see out of my bubble! So let’s start there. I also know more about my industry than you. And I also know how much harm this generalization does to a lot of girls that are actually healthy and normally been skinny all their lives.”

However, the debate between the two women waged on. “Um I was a model, and a model agent and a lot of my friends are still models and agents. Who are all struggling with ongoing unrealistic standards of this industry you benefit from, which is why you are fiercely defending it, and asking me to not call out its devastating wrongs,” Jamil tweeted. “Sara, respectfully, I don’t think this is the hill to die on,” the actress said. “This industry is unlike other industries in that it makes professionals out of children, and informs culture and society, and is a standard set for young people everywhere. Fashion is a dangerous industry for too many.”

Sampaio added, “As is the all entertainment industry. And yet we don’t go around and say all actors/singer/ etc are on drugs do we? The point of my tweet was never this one! I didn’t think it was necessary to add those Diminishing words when you were so amazingly celebrating something so awesome…I’ve seen it too many times, people feeling the need to attack models like we are some kind of plague that is wrong in this world. and I think we can just celebrate everyone! And just leave it at that!”

The actress noted she calls out problems in the entertainment industry, also. “It’s literally half my career, advocating against eating disorder culture promoted to women. Perhaps you’re new to my work,” Jamil tweeted. “Your beloved industry is highly toxic and you’re on the wrong side here.”

However, Sampaio stuck to her argument. “With all due respect right now it just feels like I’m talking about apples and your talking about pears! I think I’ve been very clear in what I meant,” she responded.

“I think you’re using your platform to defend something that is overwhelmingly negative for girls,” Jamil tweeted back without mincing words. “That’s the only thing that is clear to me. Find a better cause to fight for, because this ain’t it. You can do more than this, you’re smart. Help girls, don’t normalize this.”

Ultimately, the women did not find common ground. “How is saying to not deminish other people to celebrate others negative for girls? Cause that was the point of my tweet! Period!” Sampaio continued. “I never said there wasn’t a problem with the industry, so don’t go around and put words in my mouth! Be better than that!”

“Don’t police how I choose to celebrate something or call out something problematic,” Jamil responded. “I was celebrating that it’s a refreshing change, compared to the toxic fashion show norm. I’m an activist. My words aren’t cute, or easy, or inoffensive. Change doesn’t come from being polite.”

“‘Long starved’ and ‘terrified’ aren’t derogatory words Sara. Chill out. And mentioning that a lot of them use drugs and smoking to maintain a Low weight is fact, not a diss of any kind… we are at an epidemic of eating disorders in the world,” Jamil wrote. “There is a problem here.”

Felicity Jones Is Pregnant With Her First Child 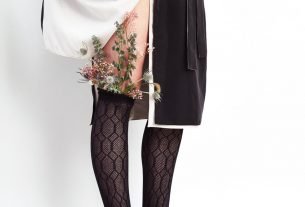 9 Businesses That Are Giving Back During the Pandemic 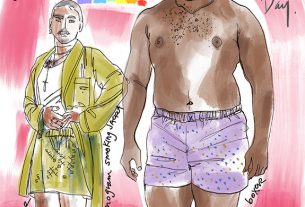