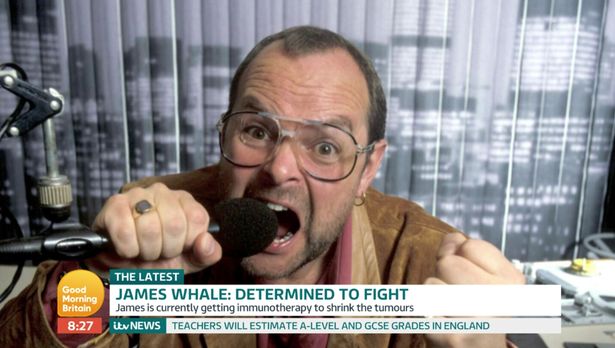 Joining hosts Adil Ray and Charlotte Hawkins, the 69-year-old radio DJ moved viewers during his appearance, as he admitted to considering euthanasia when he was first diagnosed.

The legendary broadcaster, who is suffering from brain, spine, kidney and lung cancer, has since changed his mind, determined to battle the illness head-on.

Inspiring viewers, he explained: “Things happen in life. I was chatting to Dan on Talk Radio yesterday, there were four kids killed in a car the day before yesterday. You don’t know what life has to throw at you. It’s not a question of being brave.

“It’s just a question of, in all our lives, we’re all going to get to a stage where our health isn’t going to be what it is when we’re at our peak performance time – like you guys.

“You just have to deal with it. You could go to the place in Switzerland and I had thought – because of all the people I’d seen suffer with the disease in my time – ‘I can’t really be bothered.'”

James continued: “Friends of mine said we’ll have a party, let’s do it here instead of going over to Switzerland. Then I met a guy who I’d known but I’d forgotten I knew when I started Kidney Cancer UK.

“He’s now one of the leading lights in kidney cancer. He’s at Bart’s Hospital, professor Thomas Powles. Everybody should Google him who have got any problem like I have.”

Turning to longtime pal Charlotte, James made it clear he would put up a good fight, saying: “It’s one of those things Charlotte. We’ve known each other a long time. I’ve always tackled life in my own way if you know what I mean.”

Taking to Twitter, viewers watching from home praised James’ “great attitude” as they urged him to “stay strong”.

One said: “Just watching you on #Gmb what a great attitude to have, loving the positivity coming from you!”

A second wrote: “Great attitude @JamesWhale on #GMB. Brilliant broadcaster. Original. Very funny and incisive. You can do anything. Looking forward to hearing all your future shows!”

“@THEJamesWhale just watched your interview on @GMB. You are amazing,” and a third added.

And a fourth chimed: “All the best James. Stay strong buddy. A bit of gardening has helped me tremendously.”

Good Morning Britain airs on weekdays at 6am on ITV 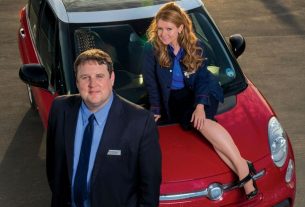