Britney Spears’ younger sister, Jamie Lynn Spears, addressed questions about her role in Britney’s 13-year conservatorship and the rift between them in clips from a new ABC News interview aired this morning on “Good Morning America.” Jamie Lynn is promoting her upcoming memoir, Things I Should’ve Said, which is out Jan. 18.

Jamie Lynn maintained to ABC News that she “took no steps” to be part of the conservatorship and even privately tried to help Britney get counsel on how the terminate the legal arrangement.

She also addressed speculation about her involvement and called it a “misunderstanding.” (The Los Angeles Times reported in August 2020 that Jamie Lynn, a trustee of Britney’s multi-million-dollar estate, was seeking to become the custodian of Britney’s SJB Revocable Trust, a fund Britney created in 2004 for her children’s futures.)

“There was a time when my sister asked me on her trust and will if I would be the person who ensured her boys got what they needed,” Jamie Lynn said. “Whether she was in a conservatorship or not, that was a very normal thing, I thought. Once I realized that, you know what? She’s in a conservatorship, I felt like I just didn’t want to be part of until maybe she was out of the conservatorship, so there was no, like, me overseeing funds or something like that. And if that was, that was a misunderstanding. But either way, I took no steps to be a part of it.”

On trying to help Britney get support to terminate the conservatorship, Jamie Lynn said, “I’ve always been my sister’s biggest supporter. So when she needed help, I set up ways to do so. Went out of my way to make sure that she had the contacts she needed to possibly go ahead and end this conservatorship and just end this all for our family. If it’s going to cause this much discord, why continue it?”

“It wasn’t about agreeing with the conservatorship,” Jamie Lynn said when asked by ABC News’ Juju Chang if there was a point when she didn’t think Britney should be in the conservatorship. “Everyone has a voice, and it should be heard, so if she wanted to talk to other people then I did set that up. I even spoke to her previous legal team. And that did not end well or in my favor so I did take the steps to help but how many times can I take the steps without you know, she has to walk through the door.”

When Chang asked Jamie Lynn what caused the current rift between her and Britney, Jamie Lynn got emotional. “That love is still there. One hundred percent. I love my sister,” she said through tears. “I’ve only ever loved and supported her and done what’s right by her, and she knows that, so I don’t know why we’re in this position right now.”

Jamie Lynn declined to speak about how she sees Britney’s state of mind now. Chang pointed out that in her memoir, Jamie Lynn described Britney’s behavior change ahead of the conservatorship being put in place as “erratic,” “paranoid,” and “spiraling.”

“I can’t really speak to anyone else’s state of mind,” she said when asked about Britney today. “I don’t think that’s fair. But I’m allowed to say how I felt in those [moments], because that matters. It matters that I was in pain.”

She also told Chang that she was glad to see the conservatorship end. “I was happy. I was,” she said. “When it was put into place I was 17 years old. I was about to have a baby, so I didn’t understand what was happening. Nor was I focused on that. I was focused on the fact that I was a 17-year-old about to have a baby. I understand just as little about it then as I do now.”

Britney recently unfollowed Jamie Lynn on Instagram, signaling publicly that their relationship is damaged. In a June court hearing while she was still in the conservatorship, Britney spoke about wanting to take legal action against her family because of what they put her through, calling the conservatorship, which was run by her father, Jamie Spears, “abusive.”

“I would honestly like to sue my family, to be totally honest with you. I would also like to be able to share my story with the world instead of being a hush-hush secret to benefit all of them,” Britney told the judge.

Britney’s conservatorship was dissolved in November 2021. Ahead of Jamie Lynn’s interview this morning, Britney posted an Instagram seemingly taking a shot at Jamie Lynn and her writing a memoir. “Shall I start from THE BEGINNING???” Britney captioned the Instagram photo of a typewriter and flowers. Britney has yet to comment on Jamie Lynn’s interview. 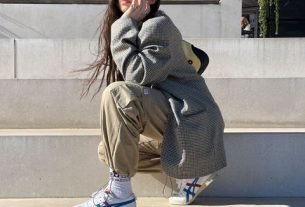 5 Brands The Edgy Fashion Set Is Prioritizing This Summer